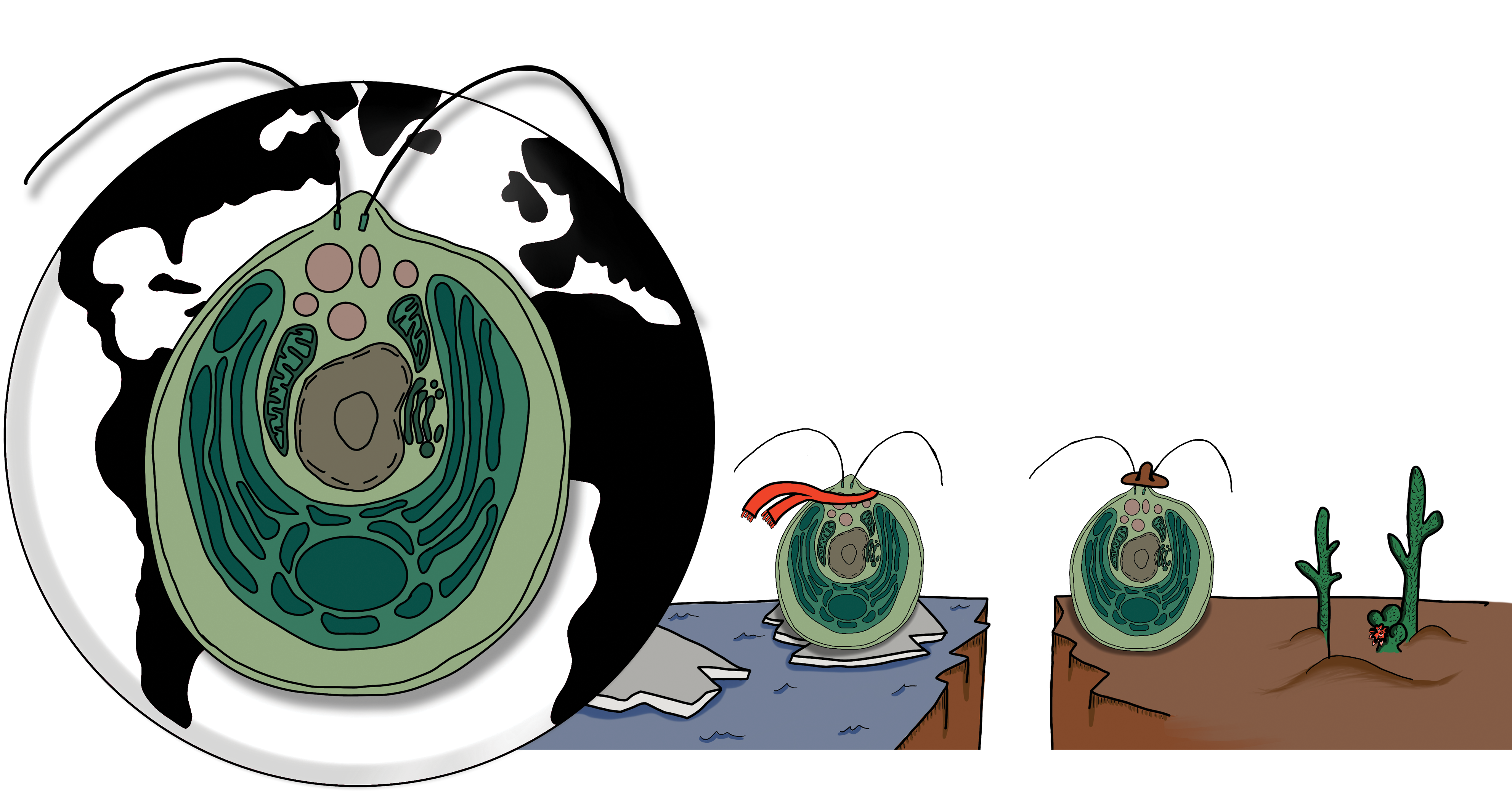 What do the frigid waters of Antarctica and the arid deserts of the American Southwest have in common? Algae! Species of algae are diverse and can occupy the most demanding ecological niches. But how did algae come to be so versatile? Researchers in Professor Dr. Sabeeha Merchant’s lab in UC Berkeley’s Department of Molecular and Cell Biology are working to answer that exact question.

Scientists have recently discovered that some algal genes encode for multiple proteins each, rather than just one. Like solar-activated light switches, certain genes are able to switch between different protein encodings based on environmental conditions. This ability means the same set of genes could produce different proteins depending on the external pressures when they are transcribed. The Merchant lab has discovered hundreds of examples of this phenomenon, called polycistronic expression, in the genes of green algae Chlamydomonas reinhardtii, which may explain why algae with similar DNA have the capability to thrive in starkly different environments.

Scientists are hoping to use polycistronic expression to their advantage as they try to engineer algae with useful properties. “If we can introduce one gene that codes for two or more proteins, it makes engineering go faster,” explains Merchant. Researchers plan to utilize this trick to help in bioremediation efforts, for example by engineering algae that can remove or break down different pollutants in different environmental conditions. We might soon see green algae’s genomes playing a larger role in getting the planet’s ecological course back on track!