From the field: A song of ice and fungus

Warping the reflected sky like an antique window, brimming waters spilled generously over mounds of emerald green cushion plants. My field team navigated the wetland, 5,400 meters above sea level in Peru’s Cordillera Vilcanota, with careful tread. Misstep, and we could plunge meters deep into the ice-cold chasms between the giant cushions. The blinding white curves of glaciers loomed on the horizon—lifeblood for this wetland, for the frogs I study, and for Peru as a nation. But a silent killer lurked. After a full day combing this superficially pristine site, we found only one recently dead marbled water frog and a few young tadpoles. We measured, sexed, and skin swabbed them, then took toe clips from the cadaver and tiny tail clips from tadpoles. Between individuals, we fastidiously decontaminated equipment and changed gloves to avoid spreading pathogens.

Osjollo Pass, 5300m: At such high altitude the landscape can transform from wet (left) to frozen (right) within a single day. Credit: Emma Steigerwald 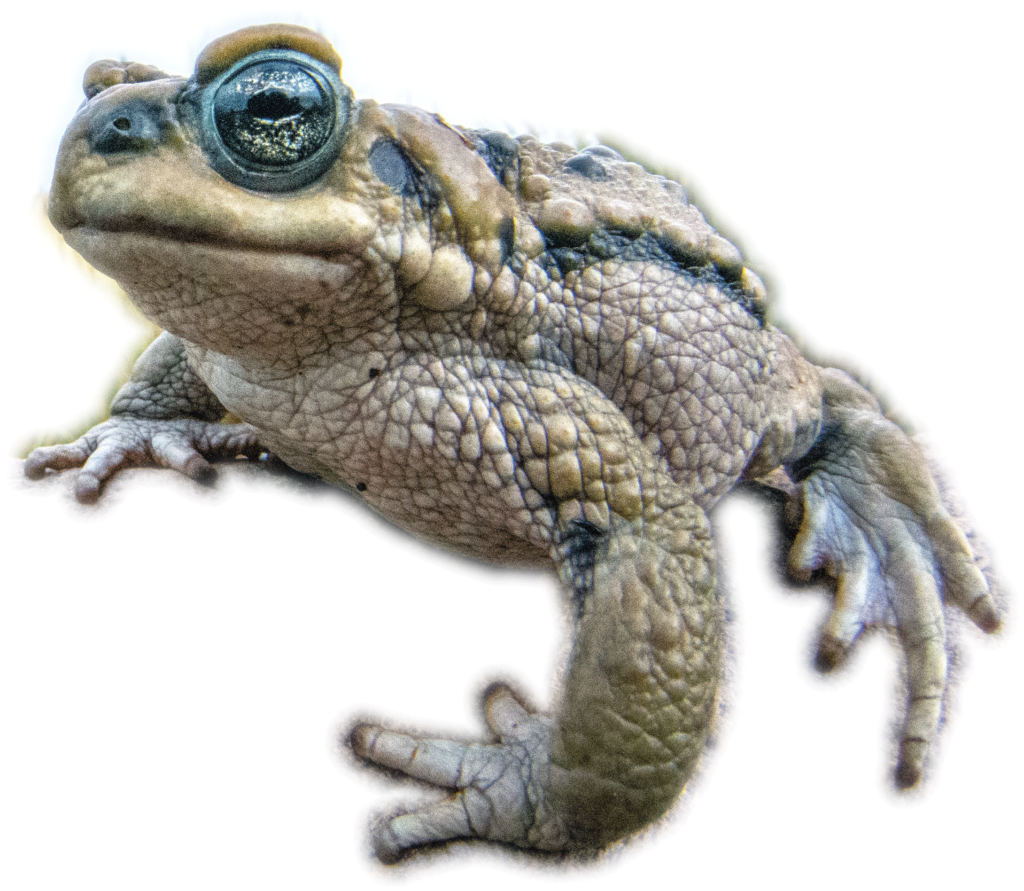 Warty toads (Rhinella spinulosa) briefly moved to higher altitudes up to 5200m, but are no longer found above 4900m. Credit: Emma Steigerwald

A year later, I stood in the same spot on my second and final two-month field season. The sun beat down on the cushion plants, no longer blanketed in water as inflow to the wetland had dwindled. In places, their prickled forms were yellowing. I closed my eyes and listened for the prolonged rumblings of collapsing ice, so inescapable along the spine of the Vilcanota. Within hours we found two young but healthy water frogs and a burgeoning population of large, mature tadpoles. But my joy at signs of local amphibian recovery were dampened by the signs of imminent desiccation.

My research is focused on understanding possible interactions between two dramatic forces affecting amphibians of the Vilcanota: deglaciation and disease. For the past 150 years, the Vilcanota’s massive ice rivers have been retreating, opening vast tracts of higher elevation habitat. The frogs I study—marbled four-eyed frogs, marbled water frogs, and warty toads—colonized these alpine slopes, braving intense UV radiation, blistering winds, and deep snows. In fact, the marbled four-eyed frog and marbled water frog have now established higher elevation populations than any other amphibians in the world. Deglaciation has also resulted in ice-free passages across the mountain chain, allowing frog populations living north and south of the mountains to interbreed after a separation of at least centuries, if not millennia.

This dynamic population history, so deeply shaped by climate change, will have imprinted itself on the frogs’ genetic diversity. For example, imagine how frogs might gradually colonize a mountain pass as glacial melt opens this habitat. At each step, a few founder frogs move deeper into the pass from the highest present population. These founders represent only a fraction of the total biological variation available in the source population—including biological variation at the genetic level. As the frogs successively colonize higher and higher into this linear habitat, we would observe the repeated subsampling of the variation available at the base of the pass. Therefore, we would expect to observe the repeated diminution of biological variation along the pass—including population genetic diversity. Beyond new habitat, deglaciated mountain passes also provide a physical connection between groups of frogs that were previously separated by the continuous, icy fence of the Cordillera Vilcanota. If frogs are interbreeding across passes, this would represent genetic exchange between groups that have accumulated genetic differences during their long separation from one another.

Natural selection, which shapes animals to the conditions and challenges they face, cannot do its work across the generations without genetic variation. In other words, the genetic legacy of the frogs’ population history could affect their ability to adapt to the challenges of the present and the future. The depletion of genetic diversity along the mountain pass might diminish the adaptive potential of upslope populations. The interbreeding of frogs across the mountains might provide an important infusion of diversity to upslope populations, or on the contrary, have negative repercussions for frogs’ health and local adaptation. I am interested in understanding how the frog populations’ climate change-mediated history may affect their response to a disease they have recently faced.

In the early 2000s, reports of dead and disappearing frogs began trickling down from remote, high-elevation herders of the Vilcanota. Monitoring was initiated along the central mountain pass, and soon confirmed suspicions: the disappearances appeared to be associated with the arrival of Batrachochytrium dendrobatidis (Bd). Bd is a pathogenic fungus that has swept through amphibian populations across the world, driven in large part by human commerce. It has caused precipitous population declines, and even extinctions, across many amphibian taxa through a disease called chytridiomycosis. 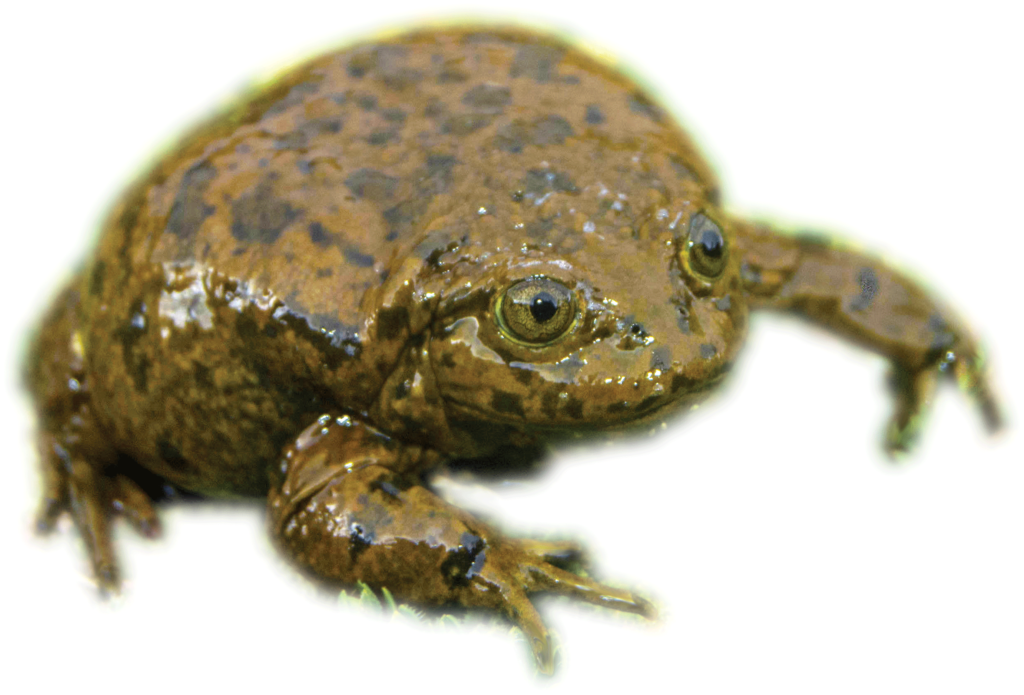 Despite these devastating losses to biodiversity, there are important stories to be told about amphibian survival and recovery in the face of Bd. For instance, the amphibians of the Vilcanota have so far persisted, and there is some evidence that their populations are beginning to recover. So, after using population genetic tools to illuminate how these frogs’ demographic history has affected their genetic diversity, I will examine the implications of this history for their adaptive response to Bd.

Across my two field seasons, I gathered genetic samples from over a thousand frogs, as well as data about each individual and the environment it lives in. After depositing duplicate tissue samples with my collaborators at the Museum of Peruvian Biodiversity (MUBI), I exported my samples to Berkeley to begin molecular work in the Museum of Vertebrate Zoology’s Evolutionary Genetics Lab. My focal species for the core of my work (the marbled four-eyed frog) like most species on this planet, is not a model organism—it is not commonly studied or biologically well understood. Therefore, my first step will be to estimate the size of its genome. My subsequent lab approach, tailored based on genome size, will allow me to sequence DNA from sampled frogs and understand the genetic differences between individuals and populations.

When the sun was at its zenith, and had melted away the night’s snowfall, frogs taunted my team by calling from under glacial debris. Warmed from their lethargy, but smart enough to hide themselves from the elements, they trilled to their hearts’ content. They acted as though there were no way big, clumsy potential predators like us could reach them. (They were right.) At times, we could hear the powerful rush of subterranean streams. With their small, supple bodies, these frogs have access to hidden worlds we cannot visit and have learned to make use of them. It was good that at each site I only needed to sample a small number of individuals: with a small DNA sample, I can learn so much.

Part of why I love working in the Vilcanota is that the system feels so unique, when of course it is not. Across the world, glaciers are melting. Species are undergoing climate-driven range shifts. Infectious diseases are emerging that affect entire taxa, rather than single species. What I learn about the frogs of the Vilcanota may help us understand how the ecological impacts of climate change shape wildlife’s ability to adapt to other challenges they simultaneously face in the Anthropocene.

Emma Steigerwald is a graduate student in environmental science, policy, and management