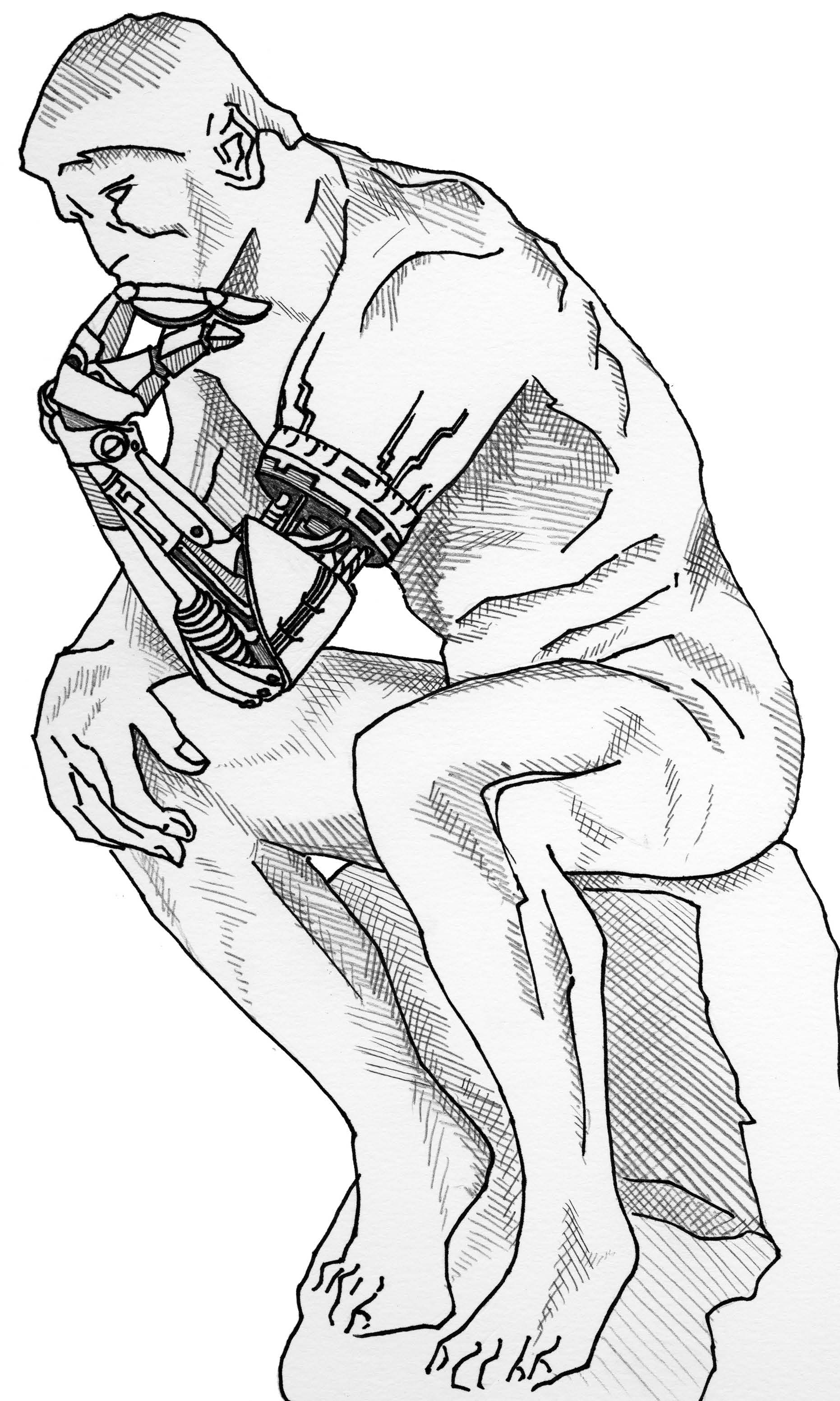 Possessing the power to control artificial devices with thoughts alone seems straight out of a science-fiction movie. However, with the help of a team of neural prosthetics researchers at UC Berkeley, this idea is moving closer to reality.  Although common sci-fi abilities such as the superhuman strength to destroy buildings or the ability to download martial art skills from a computer are still the stuff of fiction, there is one fantastic ability that the newly-formed Center for Neural Engineering and Prostheses (CNEP) would like to make a reality: to give paralyzed patients control of prosthetic devices using only their thoughts, allowing them to perform simple daily tasks independently.

The CNEP, co-directed by Dr. Jose Carmena from UC Berkeley and Dr. Edward Chang from UC San Francisco, is a collaborative effort to develop neural prosthetic devices, drawing from the minds of neuroscientists, neurosurgeons, and engineers from both universities. These devices will prove particularly useful for patients with neurological disorders due to trauma such as stroke, spinal cord injury, or amputations – severe events that often impair sensory-motor and linguistic ability.  The center hopes to develop technologies that can restore sensations, motor movement, and speech by relaying neural communication between the brain and external devices.

The concept of neural devices is not novel, for decades Neural prosthetics have performed a range of services such as helping the deaf hear or treating symptoms of neurological disorders like Parkinson’s disease. Available technologies work by stimulating relevant sensory nerves or regions of the brain, and have paved the path for more neural prosthetic research.  However, they are far from “smart” devices that interpret and enact the intentions of their users. Brain-Machine Interface (BMI) technology consists of components that allow robotic devices to directly communicate with the user’s brain. These include a sensor that reads neural signals signifying the patient’s intention, a processor that decodes the user’s intention into an understandable task for the prosthetic device, and the prosthetic device that carries out the intended task. The goal, according to Carmena, is to “allow a patient to have a naturalistic control of a prosthetic device—to feel the prosthetic arm as part of his/her body.”

Developing this technology involves new and significant challenges. In addition to the engineering challenges in developing “extremely small, high bandwidth ultra-low power implantable devices,” says Carmena, there is a challenge involving movement replication. At the core of this problem is the fact that motor actions in our everyday life are far more complicated than we assume.  Even the seemingly simple task of grabbing an object involves calculated and continuously refined movement. To properly navigate the hand toward an object in three-dimensional space, the correct muscles must be activated to move the hand towards its goal.  Meanwhile, off-course movement must be detected and corrected through cross-talk between motor regions of the brain with visual and spatial feedback to allow trajectory correction toward the object. Moreover, there are many possible ways for us to move our limbs to get to our endpoint. For us, the task appears simple because of neural networks that have been fine-tuned as we learn how to utilize our limbs to achieve our intended task. “Achieving the same naturalistic capability with a BMI becomes much more difficult,” says Carmena.

Regardless of the challenges, the neural prosthetic field is flourishing as technological barriers are broken.  Carmena’s previous work in macaque monkeys revealed the feasibility of neural prosthetics by demonstrating that the monkeys could learn how to use a robotic arm with brain signals that are normally involved in motor control. Another important step for BMI research came from a study at Brown University when devices similar to those used in macaques were implanted into the brain of a quadriplegic human patient. Impressively, BMI implantation into the region of the brain that controls motor movement gave the patient the ability to move a computer cursor around a screen.

In addition to enabling people to control computers, CNEP researchers also hope that their ­neural interfaces will help us understand how brains adapt to these devices. “You might not need a full understanding of how we control our body to get the patient’s brain to control the prosthetic device,” mentions Carmena, “but it will facilitate us in getting there sooner.” By training primates with implanted BMIs to do behavioral movement tasks and simultaneously observing properties of neurons in the motor region of the brain, CNEP researchers were able to determine that there are reversible, large-scale changes in these motor areas.  Interestingly, the amount of change, both structurally and functionally, was correlated with involvement in controlling the BMI. The study also suggested the formation of a “prosthetic motor memory” because the monkey does not have to relearn how to use the BMI on a daily basis.  In Carmena’s words, the brain establishes “in neural space, a network to control this device as it were part of its own body.”

CNEP was officially launched in December 2010, and the center has accomplished a lot since then. However, many challenges remain. For example, controlling a computer cursor is not the same as controlling a robotic arm to do an array of daily tasks. “Controlling a multi degree-of-freedom (DOF) robotic arm to interact with the real world for tasks of daily living is significantly more complicated than a 2-DOF computer cursor,” says Carmena.  Still, CNEP is moving closer to developing patient-ready BMI technology which will be two-pronged; first, it will help paralyzed individuals perform daily tasks independently, relieving their families of the cost and time of aided living. Second, it will allow neuroscientists to obtain a better understanding of neural tasks such as processing sensory information, executing movements, and learning to adapt to novel external systems. Although CNEP scientists still have more milestones to reach before restoring or providing thought-controlled motor tasks to patients with neural deficits—they are beginning to understand more of the complex properties of the brain, one step at a time.