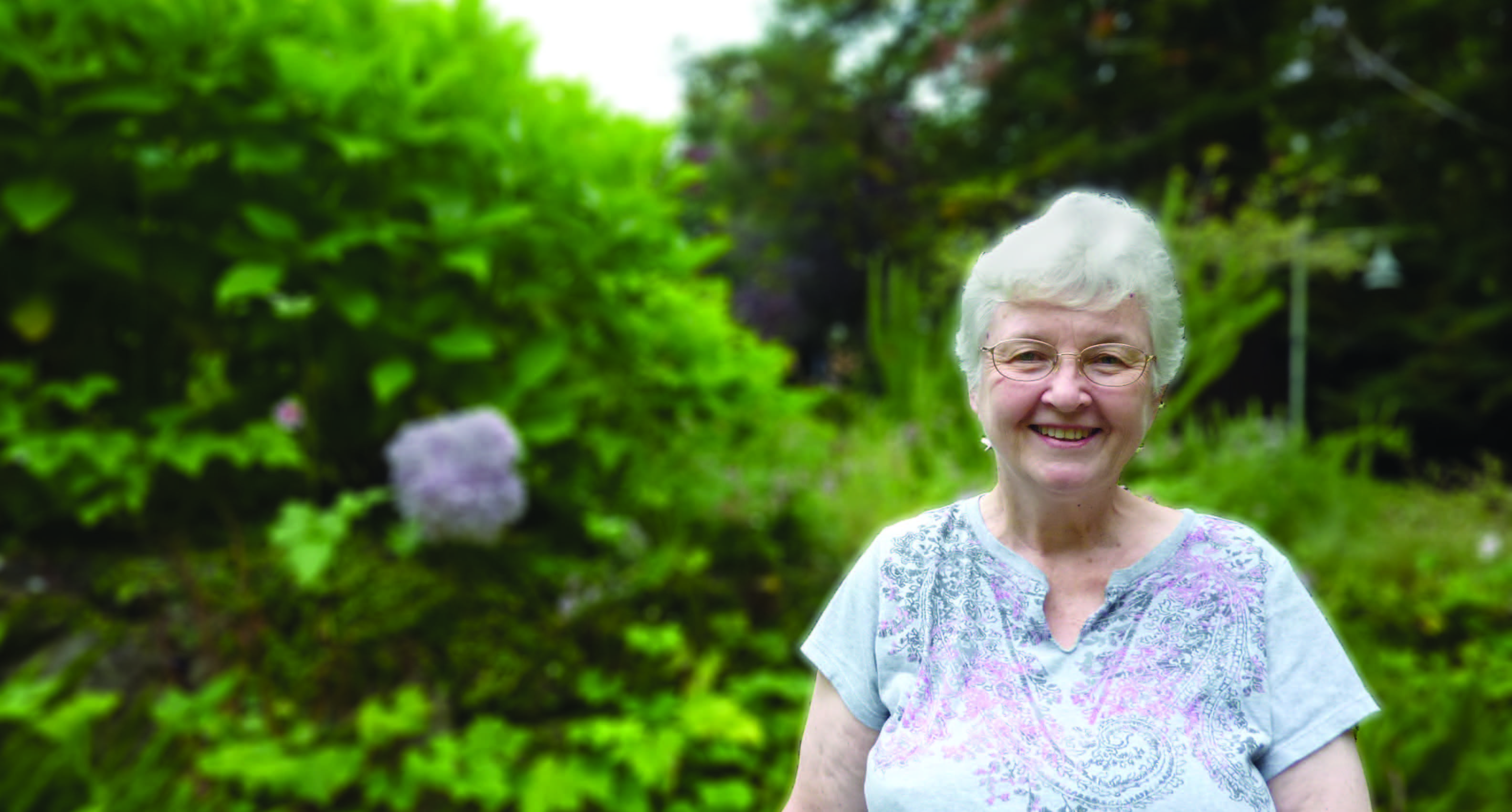 Karen De Valois knows the benefits – and pitfalls – of scientific collaboration. During her three-decade career as a Berkeley professor of psychology and vision science, questions about her research were often directed to her husband, collaborator and fellow professor, the late Russell De Valois. Though she worked for a decade as an independent principal investigator and adjunct professor through Russell’s lab, she eventually became a professor in her own right in the early 1980s, establishing a research program that investigated human and animal color vision. While she may be best known for Spatial Vision, a cornerstone text in the perception field co-authored with her husband, she estimates that they collaborated on only two experimental publications over the first 20 years of her career.

Originally from Georgia, Karen De Valois completed her psychology PhD at Indiana University in 1973. A highlight of her graduate experience was receiving a key to the department’s calculator room, which housed the expensive and large devices of the day. At Berkeley, Karen was the second female faculty member in physiological optics (as vision science was then known), and served as chair of the psychology department from 1998-2003. At the 2010 vision science group retreat, Karen gave an eye-opening keynote on the history of women in vision science, and this inspired the formation of cross-departmental ‘Women in Vision Research’ meetings to discuss barriers, mentorship, and career issues.

And a note on pronunciation: Nobelist David Hubel humorously rhymed her surname with ‘hoi polloi’ in his book Eye, Brain, and Vision.

AA: What got you interested in color vision? Are you an artist?

A pseudoisochromatic plate for testing color vision in patients.

KDV: A very bad one, only for fun! There are a number of things about color that I think make it particularly interesting. One, a trivial point, is that it’s beautiful; it makes the world more interesting to look at. Although color vision certainly is not necessary for life, or for survival, it is of all things in vision, or any sensory system, or indeed any behavior, the one area in which we may be likely first to understand the relationship between the behavior and the underlying physiology. It’s that question that really drives me. Once we really understand that, then that opens up a world of possibilities. If we truly can understand the biology as it’s related to the behavior, then we have done something really remarkable.

AA: How would you advise young researchers to approach scientific collaboration?

KDV: There are many virtues to collaborative research, particularly as things become more complex; we need to collaborate with people whose expertise is in areas other than our own. There is a danger in doing so. If you are a young faculty member trying to get tenure and your name comes out on lots of papers but they’re all collaborative papers, particularly if you published with other scientists who are senior to you, then no matter where your name is on the list of authors, you will not get the same kind of credit for it. So collaboration is a great thing, but you have to make sure that you as an individual are given adequate credit. And I don’t think there’s any evil intent, it’s a legitimate question but it’s going to very hard to get the credit that you need when everything you do is done in collaboration with someone more senior. This is why I encourage young faculty members not to continue publishing with their advisor for very long. You can go back and do it again later. You have to develop your own independent strain of research, which is very hard if you are still publishing with your advisor, before you have your own lab.

AA: Did you face these problems in trying to distinguish your research from your husband’s?

KDV: Very much so. We made a decision early on, although he did both physiology and psychophysics, and I did too, we decided to split the two: I would primarily do psychophysics, he would primarily do physiology. So that we could establish a degree of independence. It was a practical choice, too. During those years I had very young children, and physiological experiments don’t stop at certain times. Even so, there were still people who would ask Russ in my presence about work that I had done, that he was not involved in. He would always respond, “I don’t know, I wasn’t a part of that, ask Karen”. I established an independent research program, and although our interests were similar, we worked on unrelated questions. Much later we got to the point where we felt like it was ok for us to collaborate again.

AA: Has teaching also been a big part of your career?

KDV: I taught a proseminar for graduate students in vision, advanced undergraduate classes in vision, undergraduate biological psychology, and visual sensitivity for optometry students. I always enjoyed teaching about color or spatial vision. People can relate immediately, because we’ve all experienced it. For one of my last lectures, I colored my hair hot pink! It surprised the class, I think I got a round of applause at the end.

AA: How has the practice of science changed since you were a graduate student?

KDV: I’ve been fortunate to be in science through a period of just extraordinary technological innovation. In my first year as a graduate student, one of the required courses was electrical design and wiring. You could put individual logic gates in a rack, wire it up, and have something like a primitive computer. Before that we had to punch paper tape. By the time that I graduated there was a mainframe computer on campus. A few years later, Russ and I got our first tabletop calculator, a Hewlett-Packard. It was so expensive that we had it in a steel case chained to a desk. That year we also got our first lab computer. It had 8K of memory. We programmed in machine language. Gradually, as computers came online it became possible to display more complex imagery [for visual experiments]. The whole field that I worked in – color and pattern, spatial vision – would not have been really possible before the advent of computer displays.

AA: In your talk on the history of women in vision science, you mentioned a pioneer in the field, Christine Ladd-Franklin. How have attitudes to women in science changed?

KDV: When I was a graduate student, there were about 40 faculty members in my department. There were, by formal design, no women faculty. It was shocking to me to be told that the women admitted to grad school had to have substantially better records than the men did. Female grad students were not recommended for jobs at major research universities; they were expected to teach at small colleges. Both the law and cultural attitudes have made [these issues] less of a problem. Now we have time off the tenure clock, child care…but sometimes institutions tend not to be particularly supportive. I really was fortunate to have a husband who understood and was very supportive, but you shouldn’t have to have that. The story of Christine Ladd-Franklin [who was denied her PhD by Johns Hopkins for 43 years] is very instructive in a lot of ways. She was never given the recognition that someone else in that situation might have received. It really does show how far we’ve come, not that we don’t still have ways to go.