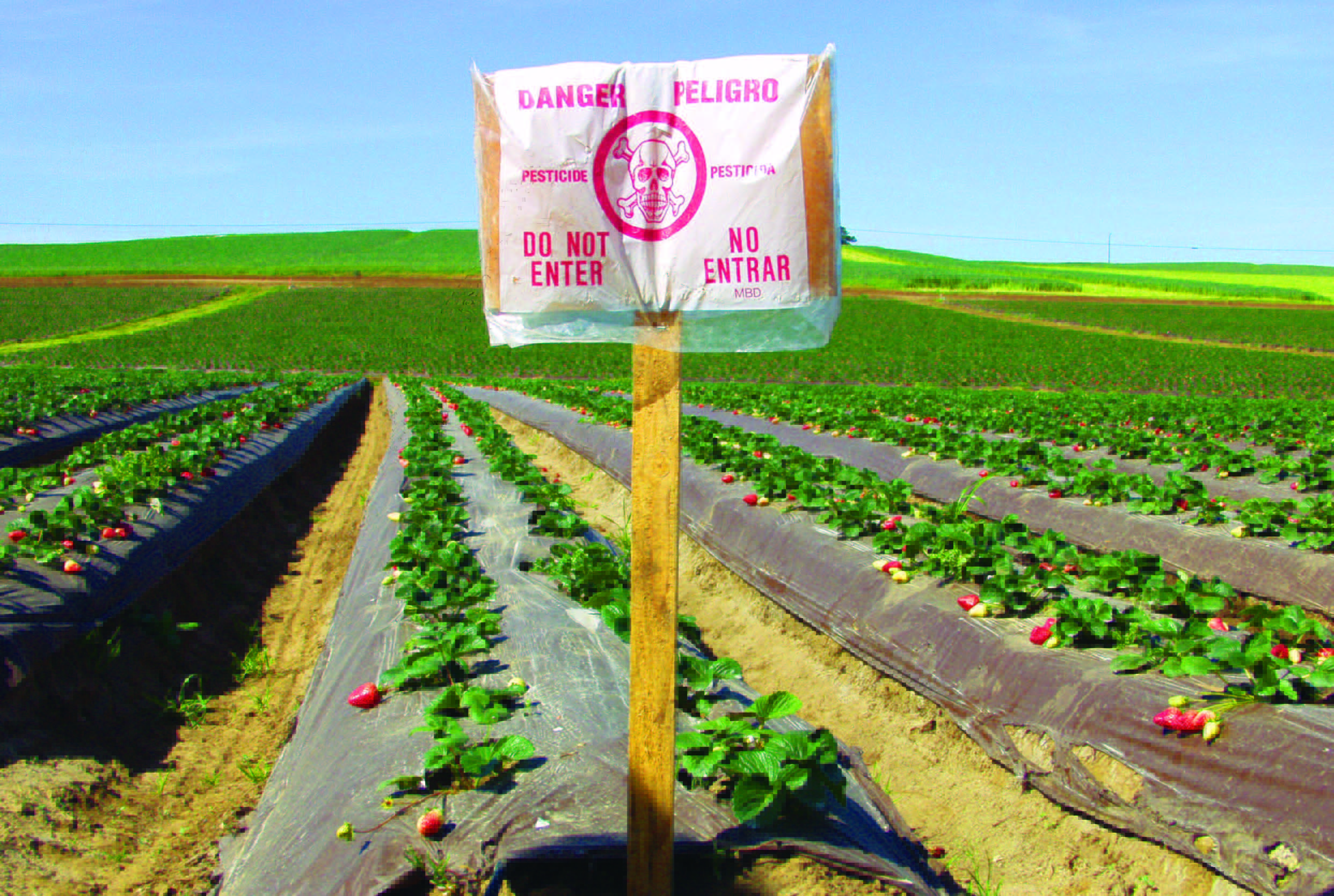 Anyone who has spent time around small children knows that they are constantly experimenting: they are compelled to taste, smell, touch (and sometimes break) almost every object they come across in order to find out what it is and how it works.  These are all normal behaviors, and it has long been understood that children’s natural curiosity is vital to their cognitive, social, and emotional development.  However, the same curiosity that nurtures young minds can also put them in danger, especially when it comes to potentially toxic chemicals in the environment.  Moreover, the undeveloped nature of children—particularly pre-natal infants—leaves them particularly vulnerable to the dangers of the outside world.

By the 1990s, researchers in the field of environmental health had become fully aware of the unique effects that chemical exposures can have on children, prompting authorities to create programs and rules designed to protect our carefree youngsters.  Spurred by an executive order by President Clinton in 1997, the Environmental Protection Agency (EPA) and the Department of Health & Human Services launched eight Children’s Environmental Health Research Centers around the country.  The goals of these research centers are to broaden our understanding of the relationship between environmental exposures and child health, and to facilitate the translation of basic research into new strategies for intervention and prevention.  Focusing largely on pollution, pesticides, and their effects on people, each center is a community-university partnership that fosters collaborations among academic researchers, health professionals, community leaders, and policy makers.

A common sight in the Salinas Valley - strawberries being sprayed with pesticides. Dr. Brenda Eskenazi and colleagues found that pesticides such as organophosphates can be harmful to developing fetuses even at low exposure levels.

One of these centers was established by UC Berkeley in the Salinas Valley, an agricultural area south of San Francisco whose population is mainly low-income and Mexican-American.  The first major research study on this population was led by Dr. Brenda Eskenazi, a professor at the School of Public Health, and was titled “The Center for the Health Assessment of Mothers and Children of Salinas”, or CHAMACOS (which means “little children” in Mexican Spanish).  The center immediately enrolled a cohort of six hundred pregnant women with the goal of observing the development of their children from before birth through age twelve.  To date, the group has collected data on everything from the children’s environmental exposures to their growth and development, even detailing their genetic backgrounds.

Of particular interest to CHAMACOS is a harmful class of chemicals known as organophosphate (OP) pesticides.  OPs are widely used in agriculture, especially on commonly eaten fruits like strawberries and grapes; until 2003, they were also authorized for both indoor and outdoor home use.  Their effects on the human body at low levels are not well understood, but at high doses, organophosphates inhibit acetylcholinesterase, an enzyme that breaks down the neurotransmitter acetylcholine (ACh).  ACh is a chemical that stimulates brain activity, and without acetylcholinesterase to break it down, excess levels of ACh cause uncontrollable excitation in the brain. Bradley Voytek, a post-doctoral researcher at the University of California, San Francisco, explains the problems caused by chemicals like OPs: “Acetylcholinesterase inhibitors are a class of drugs that are found naturally in snake venoms and plant poisons—they increase acetylcholine available to neurons, which slows the heart rate and contracts muscles.  Too much of it can obviously be a bad thing.”  Thus, increased levels of OPs can lead to a wide variety of neurological problems.  In fact, they are so effective at harming human beings that they were developed as chemical weapons (such as sarin) by the Nazis during World War II, and were infamously used in a 1995 terrorist attack on the Tokyo subway.

While most earlier studies of OP exposure have focused on agricultural workers exposed to high doses, the CHAMACOS study is concerned with the lifelong, lower doses that the general population receives, particularly from pre-birth to age seven.  As Dr. Eskenazi explained in a recent interview, “Before we did these studies it was well known that pesticide poisonings occur in children—that’s high-dose exposure.  Our question was, ‘What happens with low-dose [exposure] during the course of pregnancy—during fetal development, when the fetus is probably more susceptible than the adult?’”  These children could have been exposed to the pesticides in several ways: through farm workers in their families, drift from nearby farms, and home use.  OPs can seep into all kind of things we consume on a daily basis, but the most common source of exposure is residue on fruits and vegetables.

To study the effects of OPs on children’s development, CHAMACOS researchers collected urine samples from the mothers (before birth), as well as their children throughout the first few years of the child’s life, looking for remnants of OP pesticides.  Studies in 2007 and 2010 revealed an association between prenatal OP exposure and lower mental development scores and attention skills at two and five years of age, respectively.  The seven-year visit helped to determine whether these effects were more long-term, and could have more significant implications for the children’s future.

Dr. Maryse Bouchard, Dr. Brenda Eskenazi, and colleagues reported the results of the seven-year visit in a recent paper in Environmental Health Perspectives.  To assess the mental development of the children, CHAMACOS employed the Wechsler Intelligence Scale for Children, a test that measures four different areas of intelligence: working memory, processing speed, verbal comprehension, and perceptual reasoning.  The test also measures children’s full scale IQ, and does not require reading or writing skills.  The researchers asked whether there was a correlation between intelligence and OP exposure.  In addition, they attempted to determine whether children were particularly vulnerable either before or after birth.

They found that prenatal, but not postnatal, OP exposure had a negative effect on children’s intelligence, particularly when it came to verbal comprehension.  Children whose mothers had the highest levels of exposure scored, on average, seven points lower in IQ than those whose mothers had the lowest levels.  The deficit was apparent even when the researchers controlled for other factors, such as maternal education and exposure to other chemicals.  This may not seem like a large difference, but small disadvantages early on in life can often lead to large disparities in development as children grow older.

Alarmingly, these effects may not be confined to rural agricultural communities.  While OP exposure levels among women in the Salinas Valley were higher than in the overall American population, they were still within the overall range of concentrations found in the US.  Furthermore, the CHAMACOS study was complemented by those of two Children’s Environmental Health Research Centers in New York City (at Columbia University and Mount Sinai Medical Center), where OP exposure likely occurred only through home use and food residues.  The results suggest that overexposure to OPs is not limited to agricultural communities, but might be a serious concern in the common American household.

While the use of these pesticides is decreasing in California and nationwide—the EPA reports a 52% decline in use “on foods most frequently consumed by children” between 1993 and 2004—much of our agricultural production is still heavily dependent on the use of OPs.  To deal with these potentially harmful chemicals in our food, Dr. Eskenazi stressed that pregnant women should “eat lots of fruits and vegetables, because it’s very important for the fetus, for the woman, for her children, but at the same time, make sure to wash those fruits and vegetables well.”  She also urged that “keeping chemicals out of one’s life is always a good thing when one is pregnant, and that means everything from using toxic-free makeup and personal care products to fewer plastics, as well as fewer pesticides.”

These results from the CHAMACOS study are only one example of the progress made by the Children’s Environmental Health Research Centers over the past decade –  other interesting research investigates how children may not be able to metabolize certain chemicals before a certain age, as well as effects that traffic pollution may have on newborns.  While there is still much to learn in the world of public health, research organizations such as CHAMACOS continue to uncover interesting (and potentially alarming) facts about the effects our environment have on our health.   New centers have been established to examine environmental contributions to autism, and new initiatives have been directed toward better prevention and diagnosis at both the clinical and public health levels.  With any luck, the coming months will yield a greater understanding of the interaction between the environment and our families, as well as more effective ways to keep them healthy.