When the COVID-19 death count surpassed 170,000 in late summer of 2020, the Centers for Disease Control and Prevention (CDC) and major media outlets widely recognized that Black and Hispanic individuals died of COVID-19 more often than White individuals. This trend is not surprising given the countless studies documenting the health disparities affecting minority groups. However, the initial COVID-19 mortality rates from the CDC did not find any major racial differences in COVID-19 death counts. Instead, it was smaller research efforts at UC Berkeley and other institutions that revealed the inequalities surrounding race and COVID-19.

Professor of Demography Joshua Goldstein typically studies social issues related to housing and wages, but when confronted with early statistics that showed no racial disparity in the mortality numbers, he felt he needed to take a deeper look. Goldstein teamed up with postdoctoral researcher Serge Atherwood and together, these two demographers found that the CDC’s method for processing mortality data may have grossly underestimated the death rate for Black and Hispanic communities. In fact, they discovered that, when compared to the White population, the death rates for Black and Hispanic populations were 80 percent and 50 percent higher, respectively.

The CDC’s mortality rates offer vital insight into the pandemic’s progression at a national scale. They are used by public health officials all over the country to see which communities are most vulnerable and to track the efficiency of COVID-19 mitigation efforts. However, mortality rates are not a simple calculation. The raw fatality numbers must be processed to control for confounding factors that may skew the analysis. For example, to account for COVID-19’s high density in urban cities, the CDC adjusted the mortality rates for geographical distribution. In other words, the CDC ensured areas with a dense Black population do not exaggerate the Black mortality rates at a national level. However, Goldstein recognized another important factor not accounted for in the CDC’s early analysis: age. 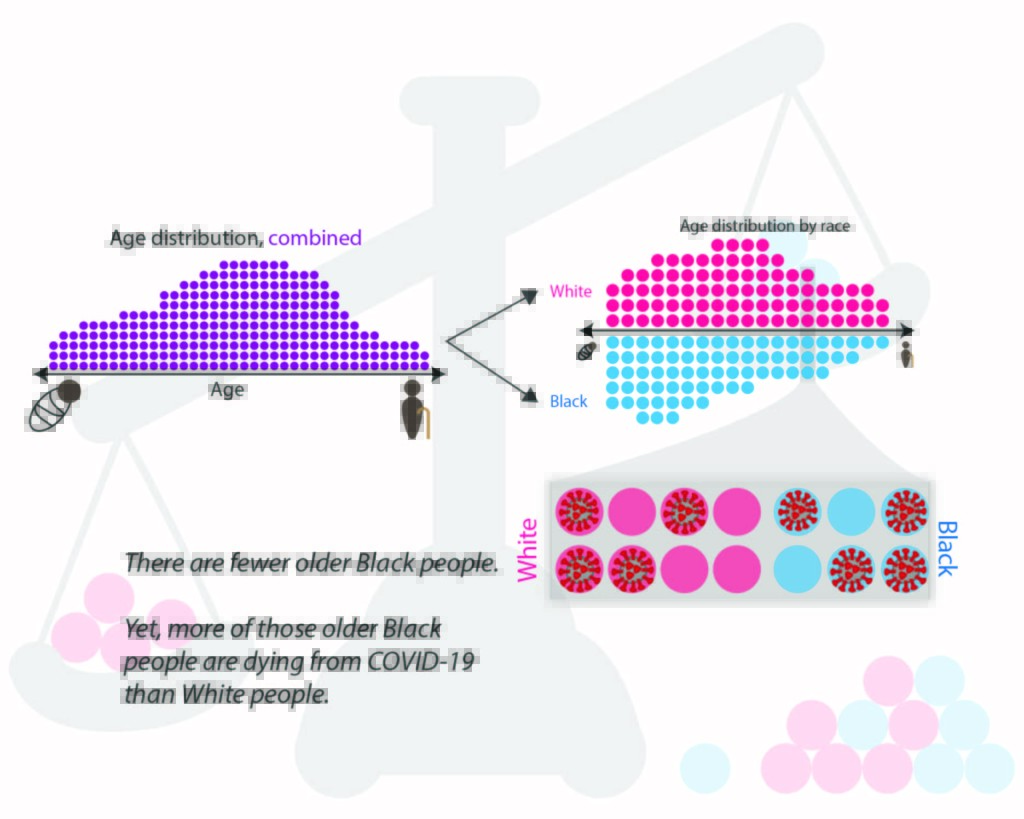 Age is currently the strongest known indicator of COVID-19 mortality, and a population’s average age differs significantly depending on race. “Non-Hispanic White people in the U.S. have an older age structure than every other major racial/ethnic group,” explains Atherwood. Accounting for age in the calculation is necessary, as a population with more older people will likely have more COVID-19 deaths. When comparing mortality rates between populations—such as comparing a younger Black population to an older White population—not controlling for age will underestimate COVID-19’s impact on Black versus White communities.

By standardizing for age and geography, Goldstein and Atherwood uncovered a pattern of startlingly high death rates for Hispanic and Black communities across multiple states only two months into the pandemic—far earlier than reported by the CDC. “One way to interpret [the higher death rate for Black and Hispanic populations] is that although there are fewer older Black people, a higher proportion of them are dying from COVID-19 than White people,” Atherwood explains.

Acknowledging the racial disparity earlier on in the pandemic would have been invaluable, according to Dr. Rachel Morello-Frosch, a public health professor and environmental health scientist at UC Berkeley. Having the CDC recognize the gap in mortality rates would have not only permitted earlier action, but also would have allowed public health experts to “track the extent to which our interventions may be narrowing that gap,” Morello-Frosch explains.

Atherwood and Morello-Frosch agree the notable racial difference in COVID- 19 death rates is rooted in systemic racial inequality. The results show “a pattern consistent with outcomes seen in other realms of social research,” says Atherwood. Likewise, Morello-Frosch finds that “it’s a mirror on the ways in which inequality and the marginalization of certain groups literally manifest in terms of their health status and how vulnerable they are to the emergence of new diseases.”

Many factors could contribute to a higher minority death rate, including differential access to healthcare, an increased risk of infection due to work conditions and greater public transportation use, or a greater proportion of minorities making up the essential workforce. The “racialized division of labor,” as Morello-Frosch calls it, puts minority groups in more essential, high-risk occupations that may increase their chance of infection.

When the next pandemic inevitably comes, early reporting of precise mortality calculations will be critical, so any underlying racial disparities can be quickly acknowledged and confronted. But ideally, more resources would be focused toward minority communities and their health, as well as educating local health authorities about the most vulnerable communities to diminish or even eliminate the racial disparity in mortality. 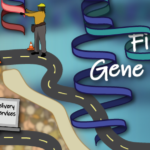 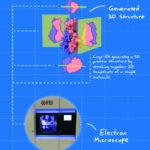