Want to stay up with the latest science? Try Twitter. Twitter is social media’s scientific hub, where scientists share findings, explore controversy, and have fun. Professors, graduate students, heads of major funding sources, biotech companies, and more are all on Twitter. Even if you aren’t a scientist, Twitter is a great place for anyone to engage with real scientists. Here’s a guide to the science Twittersphere and how you can be a savvy consumer. Scientists on Twitter often share research papers and new findings before the information hits other major publication platforms. Want to know what the experts think? If you see an intriguing tweet, clicking through the comment thread will reveal current community conversations on the topic. Another powerful tool is the retweet: if you follow a few people in your favorite subject area, chances are they will pick up on new research and repost it to their followers. People will also live tweet conferences, quoting speakers and major takeaways. Just follow the conference hashtag to read along in real time.

Suggested people to follow: Any professor at UC Berkeley with a Twitter handle. Some suggestions to start are @ucberkeley, @igisci, and #BerkeleyResearch. Follow professional science writers Ed Yong @edyong209 and Carl Zimmer @carlzimmer to get a broad taste of the latest science news. Science is ripe with controversy, and no topic escapes the Twittersphere. Women publicized and criticized the misogynistic comments of Nobel Prize Winner Tim Hunt by posting the hashtag #distractinglysexy, likely influencing his decision to resign from University College London. People regularly post opinionated tweets on a variety of topics, such as diversity in science, the graduate school admissions process, and open access publication rules.

It’s not all just research and scandals. More than anything, science Twitter is fun. People post about silly mishaps in lab, beautiful microscope images, and even their personal lives. While, on average, the majority of a scientist’s Twitter followers are other scientists, a study found that science accounts with over 1000 followers have a more diverse audience and a far greater reach to non-scientists. A growing group of social media science educators identify with the hashtag #scicomm, short for science communication. It’s powerful community that values sharing science with the broader public in an accessible, engaging way.

Suggested people to follow: @heysciencesam and @neiltyson show the world that science is fun and accessible to all. The King Lab at UC Berkeley keeps science punny with their word of the day @KingLabWOTD. Ever wonder what crazy projects famed geneticist George Church wishes he could do? Check out the parody account @boredsynbio.

Julia Borden is a graduate student in molecular & cell biology 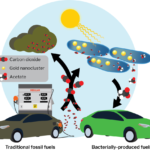 The Midas touch Previous
Beyond the therapist's couch Next 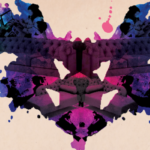 Storytelling and Science: The Unifying Theory of 2 + 2