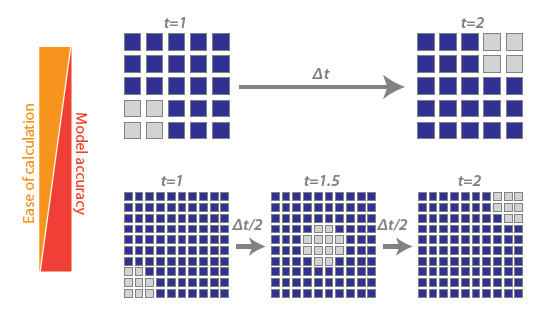 It is an unequivocal fact that global temperatures have risen steadily in the past 100 years. These changes have probably led to higher sea levels, ocean acidification, reduced crop yields, and other effects that strain societies and ecosystems. Many scientists and politicians agree that warming temperatures have been influenced by modern society, and should be curbed by limiting carbon dioxide (CO2) emissions and pursuing clean energy technologies. However, such regulatory efforts are often viewed with skepticism by those who feel equally confident that human influence on climate change is marginal. Who is correct? How can we be sure that policies are a necessary and helpful way to counteract climate change? How urgently is such action needed? These and other questions have motivated decades of research by climate scientists to develop and study predictive tools known as global climate models (GCMs).

The Earth becomes warmer on average when the heat absorbed from the sun is greater than the heat radiated back into space. The goal of all GCMs is to capture the phenomena underlying these processes in varying degrees of detail. Solar heat absorption is dependent on the “albedo,” or the reflectiveness of the Earth as determined by clouds and other factors. The ability of the Earth to radiate heat determines its “emissivity.” Changes in these two properties are known to be sensitive to changes in the levels of greenhouse gasses like CO2 present in Earth’s atmosphere. The simplest GCMs model the earth as a single point in space and take albedo and emissivity to be parameters. Though such models have instructive value, they cannot be used to study spatial variations in temperature or how processes determining climate dynamics are related.

Most modern GCMs use complex computer simulations to predict changes in geophysical properties for up to several hundred years. The most fundamental component of these models computes the Navier-Stokes equations, which form the basic mathematical description of fluid flow, to simulate the spatial dynamics of air pressure, temperature, water vapor, and the speed of wind and water across the Earth’s surface. In fact, these equations apply to fluid dynamics in many diverse circumstances and are routinely used to computationally test aircraft designs and water systems. By combining this model of atmosphere and ocean dynamics with other smaller-scale models of effects like clouds and solar radiation, detailed predictions of regional temperature changes can be made.

Computational implementations of the Navier-Stokes equations are similar to numerical solutions of other partial differential equations, such as those that describe heat flow or waves. Typically, the surface of the earth is mapped onto a rectangular grid and the state of each rectangle is specified by some value for temperature, pressure, moisture, and other variables. The state of the entire system at the next “timestep” can be calculated by considering the current state of all grid points and updating them according to the underlying physical equations. However, these equations are calculated exactly only when grid spacing approaches zero. The most accurate approximation of the true physics thus features the smallest possible grid points and therefore more calculations per timestep. Furthermore, reductions in grid spacing must also be accompanied by reductions in the timestep size to ensure numerical stability. As a consequence of this criterion, called the Courant-Friedrichs-Lewy condition, computational cost increases rapidly as grid spacing becomes finer. Scientists must therefore choose a resolution suitable for their research, which can nevertheless be limited in scope by available computational resources. The technological demand required to study a problem as important as climate change can lead to high monetary and, ironically, environmental costs (see Solving the Sky,” p. 36).

Fortunately, recent advances in both simulation methods and computational hardware have made accurate climate simulations much more feasible. Coupled models of other processes that influence climate change, like ecological systems and carbon fixation by biomass, are now readily afforded. Thorough testing of these models by measuring their ability to reproduce past observations of climate dynamics helps to support their ability to predict future climate patterns.

The vast majority of GCMs do indeed predict further increases in global temperatures over the next 100 years. Despite many reasons to believe otherwise, we all hope these models are wrong not only for the sake of our planet, but also to reveal underappreciated elements of climate science. Further advances will continue to enable scientists to provide more accurate predictions under various circumstances, and GCMs will become an increasingly useful tool to help lawmakers understand the risks and rewards of emissions caps, alternative fuels, and energy efficiency legislation. 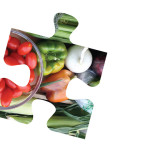 Thought for Food Previous
From the Editor Next 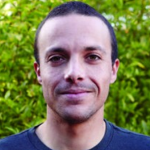