Toolbox – The Future of Plastics

In 2014, over 300 million tons of plastics were produced worldwide, corresponding to 100 pounds of plastic per person on Earth or the weight of 50,000 UC Berkeley Campaniles. Most of these plastics are made from fossil fuels like petroleum, and their production and eventual incineration contribute to greenhouse gas emissions. Plastics also pollute the environment—a staggering 32 percent of plastic packaging escapes waste collection systems worldwide, contaminating oceans and disrupting ecosystems. But we can do better. Between managing waste more efficiently and producing greener plastics, we can reduce our environmental impact while keeping the benefits and convenience of plastics.

Where does our waste go? Estimated destination of the 75 million tons of waste generated in CA in 2014. Credit: Nicole Repina

When we throw our waste into its appropriate bin, we may not realize what happens after it’s unloaded from the recycling truck. Organic waste is readily converted into products like fertilizers, energy, or chemicals. However, there are few manufacturing facilities in California that use recycled materials for production. In fact, the supply of recycled materials exceeds manufacturing capacity by over threefold. As a result, over half of recycled materials are exported domestically or internationally. The ultimate fate of exported recyclables is poorly tracked, and the benefits of recycling are reduced by their unregulated disposal and incineration overseas as well as the carbon emissions associated with their transportation. What happens to our waste? Overview of the recycling and composting process in CA. Credit: Nicole Repina

Biodegradable plastics offer a greener alternative to conventional plastics. Their environmental benefits vary widely based on their composition, but all of them break down more quickly than conventional plastics. This property becomes especially important when they escape waste collection systems, since their faster degradation reduces the negative impact on the environment.

Instead of entering the recycling stream, another class of biodegradable plastics is designed to be composted along with other organic waste. The molecular building blocks for these bio-based biodegradable plastics are generated by microorganisms that use plant sugars as food. These building blocks are purified and combined into long chains, called polymers, that make up the final plastic material. Once the plastic is used and thrown into the compost bin, the conditions at composting facilities, including their controlled temperatures and healthy microbial populations, promote the decomposition of bio-based plastics within a few months. The net carbon emissions of bio-based plastics can be close to neutral, since plants sequester carbon dioxide during their growth and bio-based plastics release carbon dioxide during decomposition.

Three major types of bio-based biodegradable plastics are synthesized by microorganisms in specialized growth chambers. The building blocks for polylactic acid (PLA) and polybutylene succinate (PBS) can be made by specialized bacteria, and sometimes yeast or other fungi, that ferment sugars from plant sources like corn, wheat, and sugar cane. Polyhydroxybutyrate (PHB) is made by specialized bacteria or plants that, instead of synthesizing building blocks, make mature polymers that are stored inside the cell, forming plastic granules that can be purified. During processing, such bio-based plastics are often combined with other compounds, like rubbery polymers, to improve their toughness and flexibility, and can be used for manufacturing a variety of products. How are biodegradable plastics made? Synthesis, use, and biodegradation of three major bio-based plastics. Credit: Nicole Repina

Bio-based plastics make up only a small market share of the plastics industry today—roughly one percent. Large-scale production is limited by high costs, low production yields and growth of microorganisms, and inferior mechanical properties of the recovered plastics. Currently, such plastics are most effective when used for agricultural use and as packaging for other organic products, like food, for more seamless integration into organic waste collection systems.

Like recycling, composting also has its limitations. Composting facilities are expensive, leading to low adoption worldwide. Public awareness and compliance, as well as organic waste collection, can also be improved. In California, 40 percent of waste sent to the landfill could have been composted instead. This is one of the driving forces behind UC Berkeley’s Zero Waste initiative, providing resources for composting and recycling at UC Berkeley buildings and events, toward a UC-wide goal of reaching zero landfill waste by the year 2020.

With increased public awareness and continued research on improving technological capacities and microorganism engineering, biodegradable plastics have the potential to significantly improve world carbon dioxide emissions and environmental pollution—a win all around. 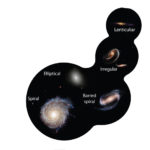 Peering Back in Galactic Time Previous
Constructing a Respectful Community Next 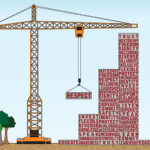