Toolbox: A drop in the chaotic soup 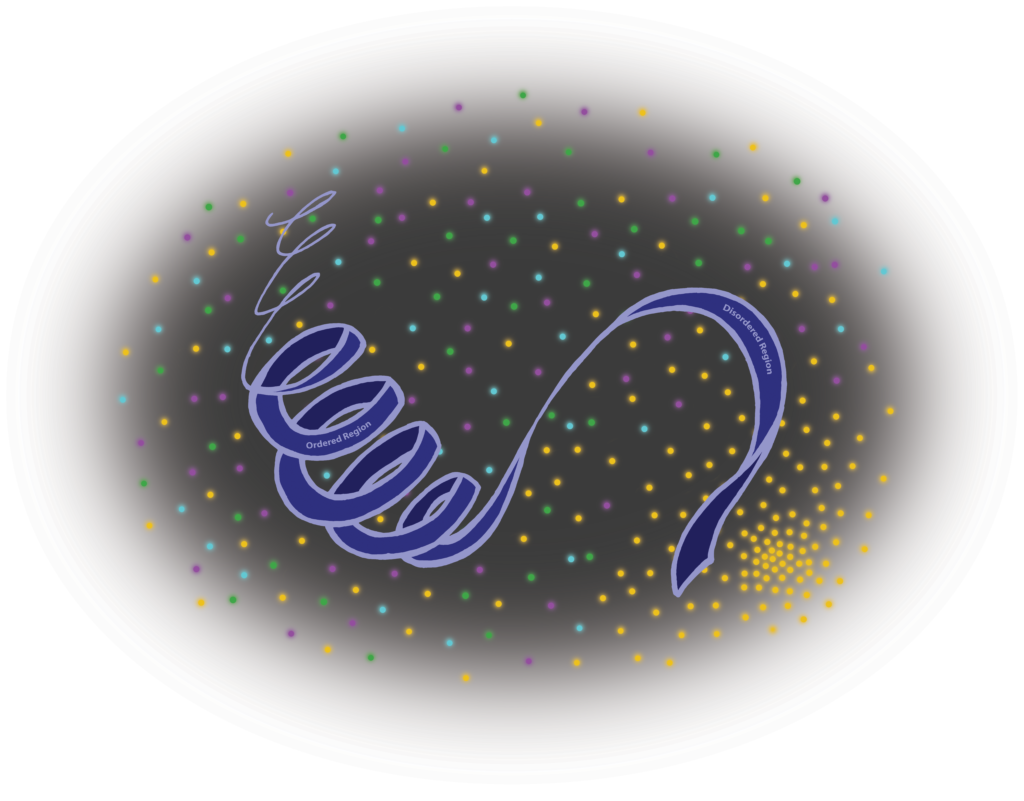 Phase separation sounds complicated but is a familiar idea. Think of oil and vinegar. When a dissolved substance has stronger interactions with itself than with its environment, nature favors a separation of the two into different phases, producing the familiar droplets we enjoy on our greens. The same thing happens within a cell: when certain molecules that are similar to each other reach a critical concentration, they will crowd together and exclude other molecules.

The partitioning that occurs in phase separation may be important for the cell, where billions of molecules move randomly through a crowded space. The fact that anything gets done amidst this chaos is a miracle. For many reactions, random encounters between the reactants can suffice, but complex biological processes often require more systematic coordination. Phase separation might achieve the same effect as cellular compartments called organelles without the need for complex structures, creating an important level of organization.

Until recently, it wasn’t clear how phase separation could arise in a cell. But within the past decade, biochemists discovered that some proteins were able to form phase-separated droplets within a test tube. Notably, these proteins had one feature in common: stretches of disordered sequences—pieces of the protein that do not assume stable, determinate structures. An intriguing conjecture in the scientific community is that such disordered regions could be responsible for phase separation. The varying chemical composition of these regions between proteins suggests a way to determine which protein is welcome in what phase.

But some scientists are skeptical. A test tube is a far cry from a living cell. Some studies have been done in cells, but critics point out that the techniques used to coax liquid droplet formation are synthetic and have pathological consequences. Cells require an exquisitely fine-tuned balance of different proteins to function healthily, and the exaggerated protein levels necessary to force phase separation can create abnormalities. Indeed, skewed protein levels and phase-separated aggregates are hallmarks of cancer and neurodegenerative diseases.

Drug hunters are picking up on the scent. If symptomatic of a disease, phase-separated droplets might prove a potent and specific target for a new class of drugs. Small molecules that unravel the structure of the condensates themselves, or disrupt the cellular machinery that regulates them, could perhaps destroy diseased cells while avoiding healthy ones. Either way, phase separation has risen to become a major field of its own. The future will tell whether it will upend classical notions of cellular organization or prove to be a mere idiosyncrasy that falls short of the hype. 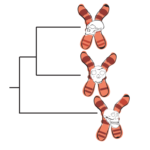 Historical DNA is bound to repeat itself Previous
Watch your step! Next 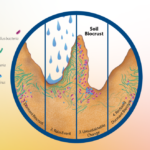