Nanoscientists already work on a tiny scale, but now they can get an even closer look thanks to the work of a team of scientists at Lawrence Berkeley National Laboratory (LBL) and UC Berkeley. The group, led by Dr. Jim Schuck and Dr. Alex Weber-Bargioni at LBL’s Molecular Foundry, recently developed a probe that can study the interaction of light and matter at resolutions of less than 40 nanometers, allowing them an intimate look at structures made of only a few hundred atoms.

Conventional optical microscopes and spectroscopies are constrained by the diffraction limit of light. Typically, if light is squeezed down to a space much smaller than its wavelength, it “spreads back out” via diffraction, preventing researchers from understanding the role of processes that are localized to small volumes. Scientists have spent decades trying to circumvent this constraint but have been unable to achieve resolutions of better than 50 to 100 nanometers. With some clever tricks, researchers have been able to go further, but at the cost of only being able to use specific wavelengths of light or thin samples. “The holy grail” of the field, as Weber-Bargioni puts it, is to have a probe that offers high spatial and temporal resolution independent of sample type.

The Molecular Foundry team was able to accomplish this goal by guiding light along a metal surface into an extremely small volume. This general idea has been used for decades, but has been unable to squeeze light into spots smaller than 100 nanometers. Dr. Weber-Bargioni likens this to an extraterrestrial alien trying to sample wine in Sonoma with a beam that pulls up all the wine in a hundred-mile circle. Rather than tasting exceptional white and red wines, the alien would be exposed to a mediocre blend of wines. In the same way, nanomaterials can have small regions whose exciting properties are masked by neighboring regions. The team overcame this problem by using a new geometry consisting of a gold-coated, tapered fiber optic cable, which, aptly enough, resembles UC Berkeley’s own Campanile. Unlike other probes, the Campanile geometry does not suffer from theoretical limitations on minimum spot size, so further improvement depends only on making a smaller tip. Thanks to this improved geometry with its roots in the physics of antennas, the Campanile probe “defeated almost all the other problems” of earlier probes, according to Schuck.

The Campanile probe, named after UC Berkeley’s Campanile (left), is cut from the tip of a glass fiber that terminates at a 39 nm gap sandwiched between two layers of gold.
Credit: Alex Weber-Bargioni

To demonstrate the utility of the Campanile probe, Schuck, Weber-Bargioni, and coworkers used it to study light-matter interactions in indium phosphide, a material that has been used to make high-efficiency solar cells.  The team shined a laser through the probe to raise the energy of electrons in a small wire of indium phosphide and monitored the light that was emitted. Using this method, they were able to observe imperfections in the structure of the wire that were invisible to a conventional probe. Because they affect the ability of electrons to flow through the wire, these imperfections decrease solar cell performance. By better understanding their properties, the team hopes to develop higher efficiency materials for solar cells.

The usefulness of the Campanile probe doesn’t end with the design of better materials for solar cells. Dr. Weber-Bargioni expects that the probe will be of interest to many scientists who work at the nanoscale, from physicists interested in studying light at small scales to chemists seeking to use nanomaterials to convert sunlight into fuel. Across all fields, the probe will help solve problems that have, until now, been technically intractable, and the LBL team is eager to get started. As Schuck happily explained, “Now I have basic science questions that I can answer.” That’s every scientist’s dream. 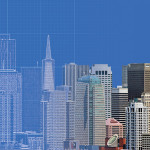 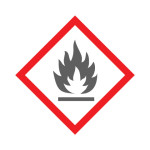