The Fates of Leftovers Leo Sakaguchi cares about the leftovers on your plate. A visiting student researcher working with Professor Matthew Potts in UC Berkeley’s Department of Environmental Science, Policy and Management, Sakaguchi realized how little was known about the food that goes uneaten in restaurants. He decided to conduct a small-scale survey of 29 Berkeley restaurants to see how they handle their food waste.

While Sakaguchi’s research surveys a slice of Berkeley restaurants, the results confirm the potential for reducing food waste or making better use of leftovers. For example, restaurants could be educated about the tax benefits they can obtain by donating excess food to charity. But for now, consumers can make the biggest impact by finishing their plates or taking home doggy bags.

Under (Self-Induced) Pressure Previous
Baiting the Bug Next 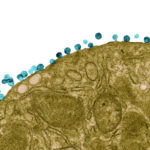