Every second, five million tons of matter are converted into energy deep within the Sun. Nuclear reactions in the core provide the source of the Sun’s energy, which then radiates through the dense interior and exits through the Sun’s surface and atmosphere into space. Along with this radiation, the Sun emits a variable stream of charged particles referred to as the solar wind. With a speed of up to 2.5 million miles per hour, the solar wind blows past Earth and eventually escapes our solar system. During active periods, however, large magnetic eruptions called flares or coronal mass ejections (CMEs) can drastically alter the solar wind in ways that can greatly affect the Earth’s geomagnetic environment.

The enormous electromagnetic eruption of a CME can interfere with our communications and electric power infrastructures. A better understanding of how CMEs affect us on Earth is necessary to ensure their integrity. Our planet has its own magnetic field that acts as a giant protective bubble, shielding us against the incoming solar wind, but it is not always an impenetrable barrier against a CME. An enhancement in the northern lights is among the visual effects of such a disturbance, but charged particles associated with CMEs can have other, potentially destructive consequences. They can interfere with the normal operation of radio and satellite communications and electric power grids, as well as disrupt global positioning networks. Magnetic disturbances associated with CMEs have occurred throughout history, with the strongest geomagnetic storm in recent memory occurring in March 1989.

Over the past decade, a team at UC Berkeley, NASA, and other concerned industry partners, have been working toward reliable models of CMEs that could eventually serve as forecasting tools. The collaborative Solar Multidisciplinary University Research Initiative (MURI) was formed in 2001, led by principal investigator George Fisher, a solar physicist at the Space Sciences Laboratory, and several of his colleages also at UC Berkeley. From 2001 to 2006, Fisher’s group played the lead role in a coordinated effort by nine research institutions across the US to investigate the mechanisms of magnetic eruptions on the Sun and their effects on our solar system at large.

To understand the research at MURI, we must first understand a bit about the structure of our Sun. Imagine traveling from the Sun’s core all the way to the outermost layer of the Sun, the solar corona. To do so, you would need to pass through three distinct regions. You would start in the deep interior surrounding the core, where the energy generated by nuclear reactions is transported by little packets of light called photons. Next you would reach the solar convection zone, a turbulent layer that spans the outer 30 percent or so of the Sun, where energy is transported through rolling convective motions, much like in a boiling pot of water. Finally, you would travel out through the surface of the Sun at the top of the convection zone, where the density of the plasma is low enough for photons to escape past the corona and into space.

While the core is extremely hot at 27 million degrees Fahrenheit, the temperatures gradually cool as you travel outward. At the surface of the Sun, the temperature is a relatively cool 9980 degrees. However, as you move beyond the surface and into the solar atmosphere, something strange happens—the temperature suddenly rises millions of degrees. Physicists generally attribute this dramatic temperature increase to the dynamic magnetic field that threads its way through the convective interior and fills the corona.

The UC Berkeley team’s primary goal has been to develop and use advanced numerical models to understand the physics behind this dramatic temperature change and the trigger mechanism for eruptive events like flares and CMEs. These numerical tools will hopefully be used to understand and predict the potentially destructive geomagnetic storms that result from solar eruptions, providing a means to forecast space weather. Unfortunately, the large variations in physical conditions between the solar interior and its outer atmosphere make such models incredibly difficult to develop. The plasma of the solar convection zone (between the core and the surface) is dense, opaque, and turbulent, whereas the solar corona is rarified and transparent, with its structure and evolution dominated by its magnetic field. Although each domain may be separately understood quite well, “a quantitative understanding of the global magnetic behavior of the Sun poses a formidable challenge,” says William Abbett, a MURI researcher at UC Berkeley’s Space Sciences Lab.

To efficiently model and predict the behavior of dynamic and electrically charged fluids, physicists often use a set of conservation equations called Magneto-Hydro-Dynamic equations, or MHD. Abbett developed a specialized code called RADMHD (RADiative MHD) that is designed to simultaneously simulate the transition region between the cool dense sub-surface layers and the hot rarified corona—the very region that may hold the key to a better understanding of coronal heating and magnetic eruptions.

“RADMHD has enough physics incorporated into the code to be able to simulate the granular convective pattern observed at the Sun’s photosphere,” says Abbett. A key strength of the RADMHD model is its ability to incorporate magnetograms—maps of the surface magnetic field observed by NASA satellites—directly into a computational model that includes the coronal magnetic field. This enables a new paradigm in solar physics: much like simulations used for terrestrial weather forecasting, it is now feasible to use previous observations of the evolving magnetic field at the surface to predict its future state.

While the Earth’s magnetosphere protects it from most forms of solar wind, large magnetic surges in the outer layer of the Sun, called “coronal mass ejections” or CMEs, can occasionally penetrate the Earth’s defenses .
Credit: NASA

The UC Berkeley-led MURI effort has deepened and extended computational capabilities and allowed realistic modeling of how solar magnetic fields emerge and evolve. Modeling how CMEs and other eruptions are launched, however, remains an ongoing challenge. “The mechanisms that trigger and drive these eruptions are the least understood aspects of space weather,” says Fisher. “As yet, no one has demonstrated the ability to use a physics-based solar model that incorporates observed data to make a deterministic prediction of a CME.” To date, all CME forecasts rely upon statistical associations between how properties of the solar surface have related to the occurrence of CMEs in past data. All that can be said today is that if the Sun’s surface looks a certain way, we can guess that it might produce a CME soon, with the operative words being “might” and “soon.”

The UC Berkeley group is conducting ongoing studies of pre-CME coronal evolution. One of the current objectives of their research is a better understanding of how magnetic flux systems emerge across the solar surface, a process that some researchers contend is primarily responsible for CME initiation.

The Great Magnetic Storm in September 1859, known as the Carrington event, is still the strongest magnetic storm on record. For several days, it produced spectacular auroral displays that were seen at latitudes as low as Hawaii, and it severely disrupted telegraph communications in Europe and North America. Today, the effects would be far more devestating, affecting space-based communication, reconnaissance, GPS, and millions of users dependent on the power grid. Is a similar magnetic storm in our future? The MURI team can’t say for sure, even using their sophisticated RADMHD code. In the early months of 2011, the Sun unexpectedly kicked up a series of unusually intense X-ray flashes. Despite continuing progress in solar physics, we still have a lot to learn about our central star. 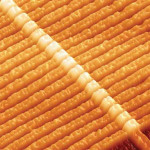