The Earth has undergone at least seven mass extinctions. During these catastrophes, entire species are erased, resulting in gaps in fossil records across the planet. Recently, UC Berkeley geologist Stephen Self, along with team members from 10 institutions, tested a long-standing theory that volcanic eruptions caused mass extinctions.

One type of volcanic eruption, called a continental flood basalt (CFB) eruption, has historically coincided with mass extinctions. CFB eruptions occur intermittently over a few million years and last up to a century. These eruptions deposit large amounts of material, covering vast expanses of land—the U.S. Geological Survey estimates that the most recent CFB eruptions, which occurred between 16.7 and 5.5 million years ago, released at least 1,500 times more volume than any volcanic eruption in human history. Improvements in geological dating methodology have strengthened the link between CFB eruptions and mass extinctions. This mounting evidence, Self explains, motivated their group to learn more.

Their study describes the atmospheric and environmental effects of sulfur dioxide (SO2) emissions from CFB eruptions. In CFB eruptions, sulfur dioxide is expelled more than any other gas not commonly found in the atmosphere. However, their computational models showed that CFB eruptions were too intermittent—and the buffering capacity of the soil too great—for the CFB-released SO2 to cause a mass extinction on its own. In the future, this team plans to evaluate the effects of other gases released during CFB eruptions to continue their efforts to understand mass extinctions. 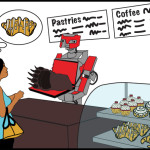 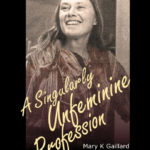