Single-celled organisms can create traffic jams when they grow and multiply in confined spaces. However, unlike their human counterparts on the interstate, microbial populations can actually benefit from the gridlock. A new study from Professor Oskar Hallatschek’s lab in the physics department at UC Berkeley describes how microbial traffic jams may help microbes get where they want to go, whether that is into hard soils or through our skin.

To understand the flow of microbial traffic, postdoc Morgan Delarue and colleagues grew yeast cells in a tiny chamber with a 5 micron-wide exit. Because the exit was large enough for the yeast cells to go through, Delarue expected that “there was no reason why they should jam.”

However, the researchers found that the yeast cells did not line up single file and steadily exit the chamber. Instead, the yeast ended up in a stop-and-go situation, with cells becoming stuck and generating up to 1 mPa of pressure—about the same amount of pressure as an unopened bottle of champagne. When the force became too great, some cells were propelled out of the exit.

In contrast to the gridlock on I-80, self-driven bottlenecks might be beneficial for the yeast because, as Delarue points out, “the pressure developed by these organisms is actually enough to strain or propagate a preexisting crack in a stone.” When the researchers grew yeast in a stiff, jello-like substance called agar, they found that pressure build-ups caused microscopic fractures in the agar to expand. Thus, microbial traffic jams may enable yeasts and other organisms to invade seemingly impenetrable objects by expanding microscopic cracks or pores that are already present on their surface.

How to Build an Organism Previous
The Fates of Leftovers Next 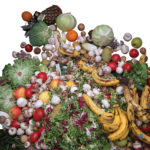