Bacteria are not as simple as most of us think. While the widespread definition of a bacterium is simply a single-celled organism without any specialized sub-cellular compartments called organelles, such a blanket statement fails to take into account the discoveries of many types of bacterial organelles. Examples include the anammoxsome, a large compartment that allows the bacterium to use ammonium for energy, and magnetosomes, which house magnetic material. Carly Grant, a graduate student in Arash Komeili’s lab at UC Berkeley, has been studying a brand new organelle coined the ferrosome. An example of a Desulfovibrio magneticus cell that produced ferrosomes after receiving a large dose of iron. Photo: Carly Grant

A ferrosome is a small organelle, only 30 to 50 nanometers in diameter, made up of iron, phosphorous, and oxygen surrounded by a membrane. Ferrosomes appear as dark speckles throughout the cell. They were first discovered while researching magnetosomes in Desulfovibrio magneticus. The key to seeing ferrosome formation involves depriving the cells of iron, an important nutrient. “When we were watching them transition from low to high iron conditions, we observed that they fill up with these very uniform electron dense granules,” says Grant.

Since then, Grant has observed several species of bacteria that are capable of producing ferrosomes. To study their composition, she separated ferrosomes from bacterial cells and analyzed the proteins associated with them. She found three proteins that were highly represented and used them to identify the genes that are necessary to produce ferrosomes.  “When you delete those genes in Desulfovibrio magneticus, and other phylogenetically diverse bacteria … such as Rhodosudemonas palustris and Shewenella putrefacians, the cells no longer make ferrosomes,” says Grant. The exact function of ferrosomes remains unclear, but their presence throughout the bacterial world indicates they have an important role to play.

Hayley McCausland is a graduate student in molecular cell biology 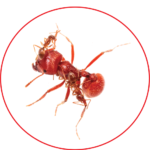 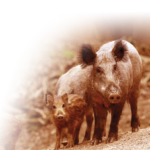