Peering Back in Galactic Time

The astonishing beauty of galaxies visible from Earth has enchanted humanity ever since our ancestors first gazed into the twinkling night and wondrously beheld them. Some galaxies look like elegant whirling spirals or cosmic frisbees, while others look like elliptical blobs or lumpy irregular clumps smeared across the sky. The variety of galactic shapes prompts questions as old as astronomy: why do galaxies form these characteristic shapes? Can elliptical galaxies become spirals, or vice versa?

These are some of the questions that the UC researchers conducting the MOSDEF (MOSFIRE Deep Evolution Field) survey project are asking. The MOSDEF survey is a collaborative, multi-year project led by half a dozen UC researchers including Mariska Kriek, an associate professor in UC Berkeley’s Department of Astronomy. Their aim is to explore how galaxies form and change over time. The survey uses observations of around 1,500 galaxies as they were about nine billion years ago—a feat made possible because these galaxies are so far away that their light is only just now reaching us.

Observing distant galaxies offers astronomers a unique glimpse into the past that other disciplines can’t match. “In biology, you have fossils, but you can’t look at history. We’re really the only science that can directly look back in history,” says Kriek. “If you look at the Sun, you see how it was eight minutes ago, and if you look at different places in the universe, you can see how galaxies look at different points in time and try to understand how galaxies evolve.” Sedona Price, a graduate student in Kriek’s lab, explains why they are looking nine billion years back in time to study these particular galaxies. “Cosmologically, this time period was very interesting”—stars were rapidly forming within galaxies and galactic structures were changing quickly, supporting the idea that star formation is one of the forces shaping galaxies, she said. “It seems that if you take a star-forming disk and you shut off star formation you can destroy [its] disk structure—you can morph a spiral galaxy into an elliptical galaxy. But how does that happen?” Answering this and other questions requires astronomers to observe hundreds of galaxies as they form, and thus the MOSDEF survey project was born.

MOSDEF researchers worked together to collect over 50 nights’ worth of astronomical data using the Keck I telescope. That may not sound like a long time to watch the skies, but due to the extraordinarily high demand for telescope time, it’s not only tough for astronomers to reserve the instrument for more than a few nights per year, it’s expensive: a single night of observation carries a $100,000 price tag. By pooling the resources of several universities, Kriek and her colleagues were able to gather far more data than they could have individually.

But what information, exactly, is the Keck I gathering? Kriek explains that the Keck I telescope isn’t just taking photos using visible light wavelengths—it also detects a whole range of electromagnetic wavelengths, which are vital for observing distant objects. The Keck I “looks at light that has been traveling for billions of years,” she says. “In this time, the universe has been expanding—and so have the photons. The light has traveled so far and expanded so much, [it has] been shifted into different wavelengths such as infrared. [The Keck I telescope] can pick up those wavelengths, and that allows us a whole new view of the universe.”

By comparing the data gathered from the Keck I telescope with data from other sources, including the Hubble Space Telescope, astronomers from the MOSDEF survey are learning more about the stars, gases, black holes, and other celestial objects that make up galaxies. This mountain of observational data allows researchers like Price to estimate galactic parameters, such as mass, to understand why galaxies are shaped as they are. “Galaxies forming stars nine billion years ago were not nice organized spiral galaxies, they were train wrecks! By looking at rotational versus random motion, you can tell how the mass is distributed, and … how disk shapes first formed,” she explains.

The MOSDEF collaboration has already begun to pay dividends: the survey has resulted in ten publications in 2016 alone, even before the final observations were collected in May. Now that the full data set has been assembled, researchers like Kriek and Price can begin the challenge of processing the massive volume of information and see what the universe has to tell us. Price is optimistic: “I’m looking forward to analyzing the full set of data. I think there are still surprises to be had.” 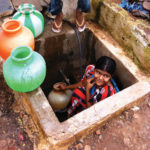 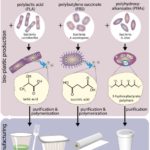