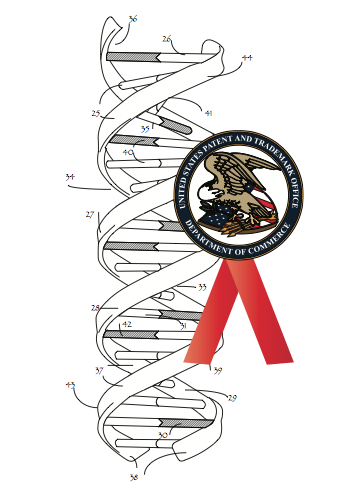 In a highly anticipated ruling, the Supreme Court held in June that naturally occurring DNA sequences are not eligible for patent protection, but that related sequences, termed complementary DNA (cDNA) sequences, can be patented if they are distinguishable from naturally occurring genes. Many academic researchers consider the decision to be favorable because it allows scientists to work with disease variants of human genes without incurring the high costs or legal penalties associated with patents. However, important questions about intellectual property remain unanswered. “The current ruling looks like a compromise between public and private interests,” says Dr. Axel Visel, a genomics researcher at Lawrence Berkeley National Lab, “but it dances around a fundamental question: how do we define boundaries around intellectual property when dealing with biological materials?”

At the heart of the recent ruling are two genes known as BRCA1 and BRCA2, which code for tumor suppressing proteins that repair damaged DNA in human cells. In cells with mutated BRCA genes, natural DNA damage may not be repaired properly, resulting in abnormal growth and cancer. Both BRCA genes were discovered and linked to breast and ovarian cancer risk by Dr. Mary-Claire King at UC Berkeley in the 1990s. Estimates predict that 55 to 65 percent of women who inherit a harmful BRCA1 mutation and nearly 45 percent who inherit a harmful BRCA2 mutation will develop breast cancer, compared to 12 percent of women in the general population.

King’s discovery presented a commercial opportunity for anyone willing to develop genetic screens for BRCA mutations. The first to take up the challenge was biotech firm Myriad Genetics, where researchers quickly isolated and sequenced BRCA1 and BRCA2. Using this information, Myriad patented both BRCA genes and developed screens for breast and ovarian cancer risk in 1996. The fact that Myriad held patents on the genes made it possible for them to set industry standards and eliminate competition from other biotech firms. This in turn allowed Myriad to dictate the price of screening and gave them a monopoly over diagnostic testing for breast cancer. At around $3,000, the cost of Myriad’s BRACAnalysis® screen is prohibitive, leaving its benefits out of reach for many patients, including the insured.

The Court’s unanimous decision, delivered by Justice Clarence Thomas, states that patents held by Myriad for unaltered, naturally occurring BRCA sequences are no longer valid, and that future scientific patent claims are required to demonstrate that a new molecule or compound has been created, rather than merely isolated intact. The ruling also states that cDNA is distinct from naturally occurring DNA, despite the fact that they are closely related in practice: the information content of all cDNA is contained within naturally occurring DNA, and cDNA can even substitute for DNA in living cells.

This leaves some researchers puzzled by the Court’s decision, and many, including Visel, have expressed concern that cDNA is not distinct enough from naturally occurring DNA to provide an adequate legal foundation for intellectual property disputes. “The first thing that struck me when the decision came out was the distinction being made between DNA and cDNA,” says Visel. “As a scientist who works in the field, this doesn’t make much sense to me.” Justice Thomas assured the public that researchers “…unquestionably create something new when cDNA is made,” however, suggesting that the ruling will encourage innovation while ensuring more equitable commercial competition.

Many clinical researchers, including UCSF geneticist Robert Nussbaum, share this optimism. Nussbaum told public broadcasting station KQED last month that one anticipated effect of the ruling is that data from a decade of Myriad’s breast cancer screens will be made public, allowing scientists to share the information to develop new, and potentially more effective, diagnostic tests for BRCA1 and BRCA2. “The whole point is to have a community of molecular geneticists analyzing this data and deciding—almost as a crowd-sourced curation—what do we think these variants mean,” Nussbaum said. This possibility alone is reason enough for many clinical researchers to celebrate the ruling, including King herself. “I’m as high as the flag on the Fourth of July,” King told NPR. “This completely changes the landscape.” 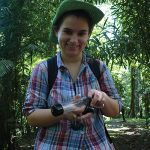 From the Field - Dodging the Bullet Previous
Online Education Next 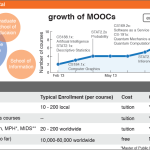