You’re very sick. Doubled over, coughing and sneezing, you head to the doctor and receive a prescription for antibiotics. You soon feel better, but the completion of your antibiotic regimen is not the end of the story. The medicine passes through your body and enters the sewer system. It traverses through wastewater treatment plants, and most likely ends up back in the environment—the very place that provides water for communities all across the country.

According to the World Health Organization, typical wastewater treatment plants can only remove around 50 percent of antibiotics in the water. Other techniques, such as reverse osmosis, are more effective. In reverse osmosis, wastewater is pushed through a membrane under high pressure. This technique removes an impressive 99 percent of large pharmaceutical molecules, but is too expensive and energy-intensive to be used in wastewater treatment plants across the country.

Researchers are searching for more cost-effective alternatives for treating wastewater. Professor David Sedlak  of UC Berkeley is working on a solution: constructed wetlands. Constructed  wetlands are pools of standing water that serve as “natural filters” for unwanted chemicals. Sedlak designs several types of wetlands, including open-water wetlands, which use sunlight for contaminant degradation, as well as subsurface wetlands, which treat water below ground. Both techniques act as a “polishing” step in wastewater treatment. They are one of the final steps in removing low-concentration contaminants, such as medical drugs, from wastewater before its re-release into waterways.

Open-water wetlands are not impressive to look at. They are shallow pools of water in the ground, lined with tarp at the bottom. However, this bare-bones look actually improves the ability to break down compounds. The tarp lining the bottom limits plant growth, which in turn maximizes the amount of water exposed to sunlight. Using a process known as sunlight photolysis, the sun decomposes the trace organic contaminants in the water. The covered bottom is also home to a mat of microorganisms. This mat can break down or hold onto contaminants, lowering the concentration of medical drugs in the water.

Another Sedlak lab graduate student, Aidan Cecchetti, aims to use a wetland’s properties underground, using microbes and filters in the soil rather than the sun’s light to degrade compounds. “Typical constructed wetlands don’t care about soil. They’re seen as tanks of water,” Cecchetti explains, “but a subsurface wetland does care about soil.”

The next time you need to take medicine, remember that its journey does not end with you. Maybe bits of it have been transformed and degraded in a sunny wetland. Or perhaps bits of it are stuck underground, beneath a rich home for native Bay Area plants. With the efforts of the Sedlak group, hopefully it remains far away from your drinking glass. 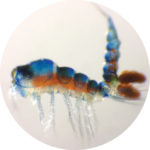 Focal Power to the People Previous
Color By Numbers Next 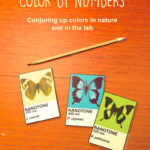