Imagine lugging a shell around on your back all day on the hot sand of a tropical beach. Now, imagine that how large you could grow—and how much you could reproduce—depended upon the size of this shell. Such is the life of hermit crabs like Coenobita compressus, which live on the tropical Pacific coast. Because carrying a lighter shell requires significantly less energy, terrestrial hermit crabs like C. compressus hollow out the shells they inhabit—which originally come from marine snails—to reduce their weight. This behavior is particularly interesting to scientists studying behavioral evolution in animals, since it evolved after hermit crabs transitioned from living in the ocean to living on land several million years ago.

Mark Laidre, a Miller Fellow in integrative biology at UC Berkeley, studies the shell-swapping behaviors of C. compressus populations in Costa Rica. One of Laidre’s experiments in the field involves tying a crab to a post and watching other crabs gather around it. First, another crab will come along and try to steal the shell of its immobilized counterpart. Soon thereafter, others assemble, and a size-ordered line of crabs forms, with each crab trying to push those around it out of their shells. Then, Laidre explains, “once one crab changes shells, it can be like musical chairs” within the whole group. Unfortunately, these shell exchanges often leave one crab without a home. If this unlucky crab cannot fit properly into any of the remaining shells, it could fall victim to predation, attack, or desiccation. Or in some cases, the crab can molt and shrink itself to try to fit into a leftover shell after the exchange. If you’re a hermit crab, watch out: you never know who might try to steal your shell! And if you’re human, just be glad you don’t have to carry your home on your back. 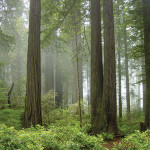