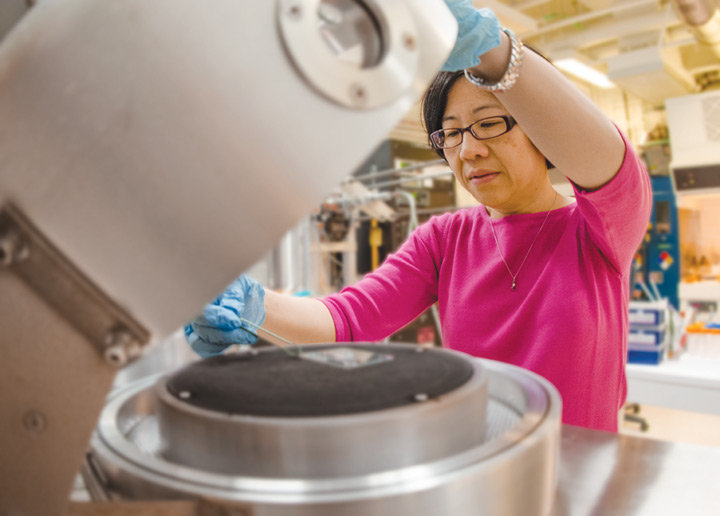 Not just anyone can sound the alarm on one of the largest cases of scientific fraud of the past decade, possibly forfeiting the future of her career by doing so. Professor Lydia Sohn’s constant optimism and eagerness belie the challenges she has encountered—not only as the primary whistleblower in a scandal involving fabrication of data, but also through her decisions to constantly shift fields of study.

Sohn has harnessed her excitement as well as a diverse scientific background to develop micro- and nanoscale devices for single cell isolation and research. After studying physics in college and graduate school, Sohn spent time as a researcher at AT&T’s Bell Laboratories. When she started her own lab at Princeton University, she discovered both a passion to connect physics and engineering with biology as well as evidence of scientific fraud that led to the downfall of a leading name in the scientific world.

Throughout her career, Sohn has always followed her scientific intuition, from blowing the whistle on a major fraud case to pursuing her interests in biological micro- and nanotechnologies at UC Berkeley, where she is currently Associate Professor of Mechanical Engineering.

TM: What experiences did you have growing up that stimulated your interest in science?

LS: I definitely credit my parents, who are both in science-related fields, for spurring my interest early in my life. While my parents didn’t push me directly toward science, they always made it seem like a lot of fun. My father used to bring different items, like magnesium, home from his work and let me set them on fire, which was really cool.

TM: You got your doctorate in physics but have since transitioned to biology. Has that transition been gradual, or was there one decisive moment that precipitated it?

LS: I always had an interest in biology on some level. At Princeton, there were many researchers around me who were doing a combination of physics and biology, and I talked with them about their research. They told me if I wanted to do biology I couldn’t dabble in it, I had to just jump off the cliff right into it. But, I would say doing biology experiments independently has been a gradual transition for me. It’s a different language, a different way of thinking of how to do experiments. I now have what I believe are good ideas for experiments, but I still need to have a collaborator to assist with certain aspects of what I would like to do.

TM: Could you tell me about the projects you have going on in the lab and how they combine engineering and biology?

LS: We are working on developing tools to detect and to separate rare cell populations from a larger, more heterogeneous mixture of cells. We have created a method to assay for specific surface receptors on the cell types of interest. With circulating tumor cells, not only do I want to be able to isolate these cells, but I want to take it a step further and discover what makes these cells unique biologically.

TM: So when you’re separating these cells out from the larger population, what do you want to do with them once you have them isolated?

LS: It’s interesting to think that if you have 10–15 circulating tumor cells per 10 milliliters of blood, not all of them will become metastatic tumors, and no one knows anything about what defines whether or not this change will occur. We would like to identify the biological markers that determine these cells’ fates.

TM: I feel like this project is a great example of how you bring together engineering and biology.

LS: I think everywhere I’ve gone, I’ve done something very different from the previous time, which is probably not great career-wise. But, for me, it’s all about whether it’s fun or not.

TM: I wanted to talk with you a little bit about your involvement in the Schön scandal at Bell Labs, and what it was like to be the whistleblower in a pretty severe case of scientific fraud. How did the process of discovering this case of fraud begin?

LS: So, I did a postdoc at Bell Labs before I got my assistant professorship at Princeton, and a few years later Hendrik Schön started at Bell Labs, and he was pretty much a rockstar in the field. But many researchers in the field suspected there was something wrong with his data; a lot of my friends and I felt that his data were too perfect, and we wondered how he produced them.

TM: So there was a sense something was amiss early on.

LS: Yes, even a year before we uncovered his fraud.

Professor Sohn uses a reactive-ion etcher to
treat a mold sample
with oxygen plasma before sealing it permanently onto a clean glass slide.

TM: Was there a distinct point after which you felt that something had to be done to determine what was occurring?

LS: Well, it all happened very quickly. A peer called me up and told me to look at two different figures, each from a separate paper by Schön. When I was reviewing them, I found the critical clue: the level of noise was identical in each of the figures despite the fact that the figures corresponded to two experiments performed at two different temperatures. I knew immediately that this would be very bad. I talked to a few other people, and they felt that I should be the one to tell the journal Nature what was happening.

TM: Why did they pick you to contact Nature?

LS: Because I was the one who didn’t have a paper under consideration with Nature at that time. Schön was a force to be reckoned with. I emailed Nature, and then they contacted Schön with our claims. He replied that it was an innocent mistake, and that he would provide the relevant data. But as we all worked through more of his results, everyone discovered more and more instances of what looked to be fraudulent data, and everything snowballed from there. When a colleague got in touch with Hendrik Schön himself, his only comment was “how could that be?” Then we sent him the PowerPoint slides presenting our case. We never heard back from him after that.

TM: What were the consequences for you as the whistleblower? How do you feel about the experience overall?

LS: There was no one who ever shook my hand for doing what I did. That whole period was a strange time for me; I definitely lost six months of work. I think my graduate student at the time lost about six months as well, and at one point he refused to be my secretary anymore, telling me, “I’m not going to answer any more phone calls from reporters for you!” A lot of people told me I wouldn’t get a job anywhere after this, and I just thought to myself,  “it’s not like I haven’t reinvented myself many other times.” I always have considered myself first and foremost a scientist, and I felt that someone can’t do this to Mother Nature. I felt good knowing that I had done the right thing. 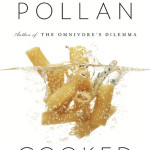 Cooked: A Natural History of Transformation Previous
Swabbing for Science Next 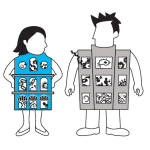