Lithium-Ion Batteries and Beyond

If you asked someone 20 years ago to describe what the future might be like, they would probably envision streets full of self-driving electric cars efficiently shuttling us to and from work.  In the 2011 State of the Union Address, President Obama set a goal of putting one million electric cars on the road by 2015.  Fast-forward to 2015 and we’re more than 880,000 cars short, still sitting in rush hour traffic, crammed between gas-guzzling SUVs.  Where are all of the electric cars?  Well, it all comes down to the battery.

By placing paper soaked in brine between alternating plates of zinc and silver, Alessandro Volta created the first battery to generate a continuous flow of electricity. Credit: Luigi Chisea.

Invented by Alessandro Volta in 1800, the battery has evolved over the past two centuries from a simple stack of metal plates that could barely produce a spark to a palm-sized chip that can power your tablet for days.  There are three necessary components of a battery: the anode, cathode, and electrolyte.  The two electrodes—the anode (-) and cathode (+)—undergo reactions in the battery, producing a build up of negatively charged electrons at the anode and positive ions at the cathode.  The electrolyte, either a liquid or powder, acts as a barrier that controls the flow of electrons, preventing them from simply flying towards the cathode.  Instead, the electrons exit the anode, power a connected device, and return back to the cathode to complete the circuit.  The elements that make up the electrodes have different tendencies to gain or lose electrons, or electrode potentials.  If the difference in potentials between the anode and cathode is large, then the battery can store more energy.  The next two centuries of battery research would maintain this basic three-part design.

The path towards the modern battery made its way through the lab of Charles Tobias, a former professor and chair of chemical engineering at UC Berkeley and founder of the Electrochemical Research Program—the first program of its kind—at Lawrence Berkeley Laboratory (LBL) in 1954.  Batteries during this time used aqueous electrolytes, which limited the use of potential battery materials because water reacts explosively with many elements.  “In Tobias’s group several students worked with nonaqueous solvents in the hope that more reactive metals, notably alkaline or alkaline earth metals, might be employed as electrode materials,” explains Landolt Dieter, professor emeritus at Ecole Polytechnique Federale de Lausanne and former postdoc under Tobias.  The use of nonaqueous solvents as the electrolyte in batteries paved the way for the development of lithium technology, which has revolutionized the portable technology market.

Nearly all hand-held electronic devices currently run on lithium-ion batteries (LIBs).  Lithium has a high electron density, which allows LIBs to provide a large energy output relative to their size and weight.  This property makes LIBs excellent for use in lightweight smartphones and ultra-thin laptops.  Unfortunately, LIBs don’t scale up well. In order to drive an advertised 400 miles on a single charge, a Tesla battery requires a hefty 7,000 individual lithium-ion cells.  More affordable cars like the Mitsubishi Mi-EV and the Nissan Leaf can only run for 60-80 miles on a massive battery that covers the entire floor of the car.  Researchers will need to engineer the next generation of lightweight, superefficient batteries for more energy-intensive applications such as electric cars and planes.

In order to progress beyond LIBs, the Department of Energy (DOE) selected LBL, along with four other national labs, five universities, and four industrial groups, to design and build the next generation of batteries.  At LBL, Staff Scientist Dr. Kristin Persson and Research Scientist Dr. Anubhav Jain of the Electrochemical Technologies Group are using high-throughput computational modeling to sift through tens of thousands of possible compounds to identify promising electrode and electrolyte materials.  After identifying the top candidates, their suggestions will then shape the research of other labs.  To compliment the identification of new compounds, another staff scientist at LBL, Dr. Gao Liu, has designed a new type of glue that not only holds the electrode materials together, but also allows the anode to expand as the battery charges.  The newfound flexibility can increase energy storage capacity by 30 percent.  This eclectic assortment of research could come together to re-engineer every aspect of the battery.

The DOE aspires to have a battery that can store five times the energy of the current technology at a fifth of the cost by 2017.  Now, with only two years left to reach this ambitious goal, it’s another waiting game. Will electric cars soon be a common sight on American streets?  If researchers at LBL have anything to do with it, we should be hopeful. 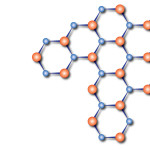 Exploring Flatland Previous
Fire Your Batteries (Before They Fire You) Next 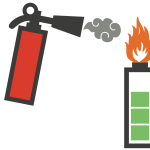