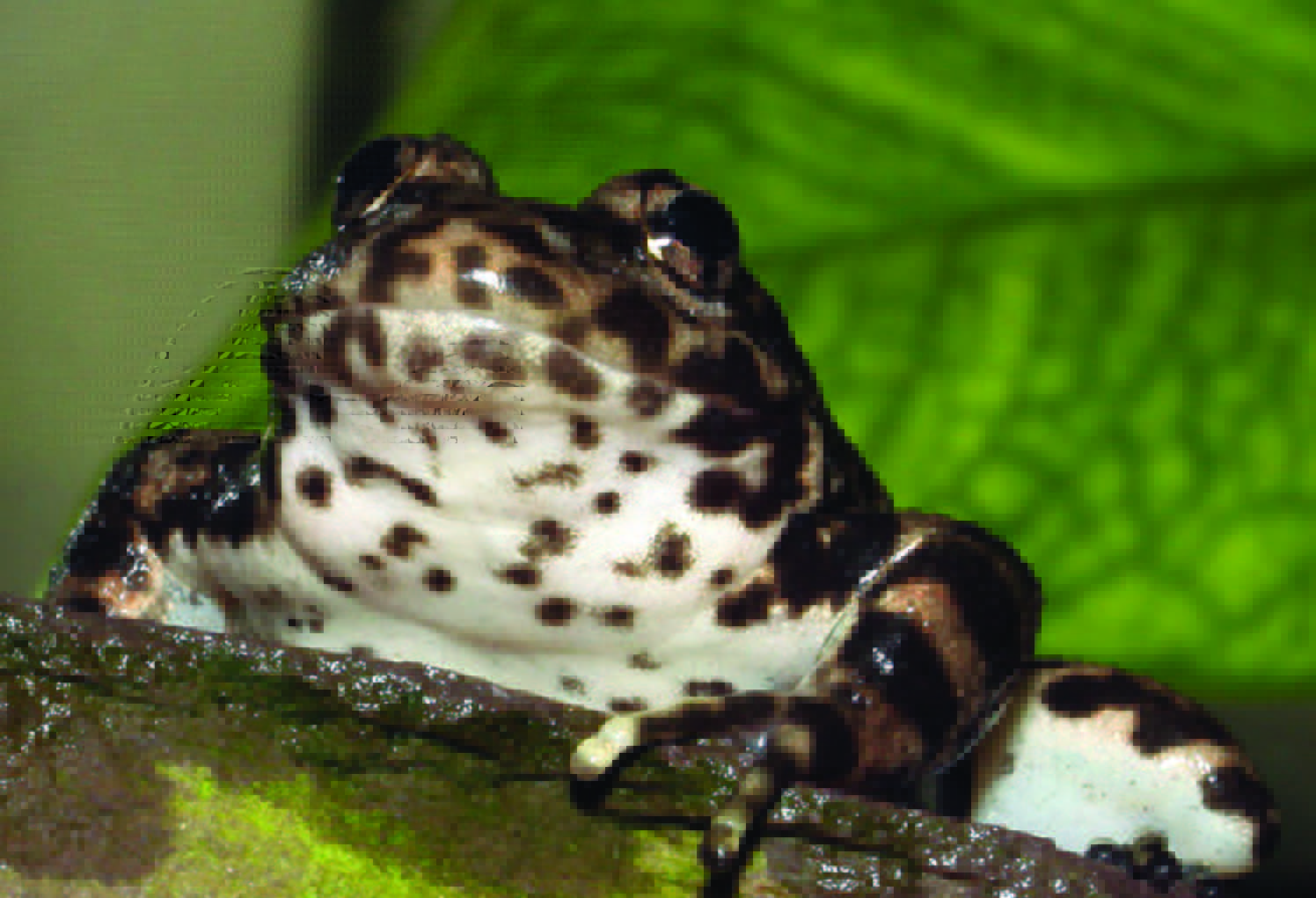 A summer night near a pond used to be replete with the croaks of frogs and toads, and the splashes they made jumping into water. These sounds have become increasingly rare over the last three decades due to a mysterious and dramatic reduction in the world’s amphibian population. If researchers don’t discover the cause of this massive decline and ways to stem it, one day these voices of the night might be silenced forever.

Vredenburg’s group works with Southern Mountain Yellow-legged Frogs, one of the many amphibian species threatened by the spread of Bd fungus.

The mass extinction of frogs, toads and salamanders went unnoticed until the 1980s when numbers of the beautiful golden toad of Costa Rica were discovered to have dwindled from thousands to a single male, who was never sighted again after 1989. Since then, over 40% of the world’s amphibian species have been classified as endangered, with many having disappeared completely: this is especially troubling as many of the extinct species lived in protected natural preserves. Habitat destruction, diseases, and introduced predators have all been cited as possible causes. Recently, a major culprit that resulted in some of most catastrophic recorded declines in amphibian numbers was discovered: the fungus Batrachochytrium dendrobatidis (Bd).

Bd is an aquatic microbe that thrives in the moist environment of the amphibian skin, leading to its maturation and colonization in the epidermis. Severely infected amphibians can contract hyperkeratosis—a thickening of the skin cells that causes abnormal skin structures, leading eventually to death. Erica Rosenblum, a new faculty member in the Department of Environmental Science, Policy and Management, characterizes it “as if humans all of a sudden began to die of athlete’s foot.” This might sound improbable, but consider how important the skin is to amphibians. The skin in frogs and newts controls electrolyte transport, water uptake, and in some cases, helps the animal breathe. So Bd in susceptible animals can wreak havoc on all kinds of normal functions, leading to symptoms such as lethargy, loss of reflexes, severe dehydration, and cardiac arrest. Amazingly, this water-borne disease can even affect some strictly terrestrial salamanders.

Dr. Rosenblum is one of many researchers on the Berkeley campus working collaboratively to find the cause and mode of transmission of this deadly fungus. Dr. David Wake of the Museum of Vertebrate Zoology and his colleague, researcher in the Department of Integrative Biology Dr. Vance Vredenburg, focus on how Bd arises in one particular area and spreads in local populations. They developed a technique to examine preserved museum specimens for any trace of the fungus. To detect and distinguish a host’s genetic materials from those of the microbes that might reside in it, Dr. Vredenburg’s group used small DNA fragments (called primers) that were specific to Bd to amplify and identify its DNA. This way, they could look for Bd in specimens collected before and during the known, approximate time of extinction. In a paper published in Proceedings of the National Academy of Sciences in 2011, they showed for the first time the dynamics of Bd infection and the consistent correlation between its emergence and the dates of extinction for that particular species. They were able to model historical, ecological, and geographical data, together with genetic information to map genetic patterns over a wide range of areas and time periods. One of the patterns discovered is that “the infection starts in only a few individuals in each population but quickly spreads within the whole population,” explained Dr. Vredenburg.

Through these approaches, a strange picture of Bd infection patterns emerged. Though Bd has been found to cause mass amphibian extinctions in Australia, Europe, and North and Central America, “to date, there is not a single study that has shown a mass die off caused by Bd in Asia,” said Dr. Vredenburg. In a study published in PLoS One in 2011, the Vredenburg group reported that over 3,000 species sampled in Asia are not in danger of extinction. If an Asian species was infected by Bd, their findings showed that the severity of the infection was far below the level that would kill the animal. This observation indicates that learning from Asian frogs and salamanders could help stem Bd infection in other parts of the world.

A close-up of the Batrachochytrium dendrobatidis fungus.

Its widespread effect led many to believe that Bd was introduced through human activities. The Rosenblum lab has done extensive genomic analyses of different fungal strains from around the world. They were hoping to find a pattern to indicate that Bd has always been an underlying threat dormant within a population, and that due to some environmental change frogs started to get sick from this historically innocuous fungus. If that were the case, the population genetic signature of that specific Bd strain would show that it slowly evolved and that strains in the same region are somewhat similar to one another. However, what they found was completely unexpected: “The data is all messed up. It’s just as likely for an isolate from California to be related to one in Japan,” explains Dr. Rosenblum. These data strongly support the model that Bd originated in one location and was able to spread within a population rapidly. Species that are resistant to the fungus have long been suspected of serving as Bd disease reservoirs, infecting their neighboring species sharing a habitat. Some of the most vehemently accused perpetrators were the African clawed frogs, or Xenopus. In the 1930s, these frogs were discovered to be able to lay eggs when injected with chorionic gonadotropin (hCG),  a hormone found in the urine of a pregnant woman and detected by home pregnancy kits. This made Xenopus one of the earliest reliable pregnancy tests, and as a result live frogs were traded extensively throughout the world in the first half of the 20th century. Because of its wide distribution, Xenopus was thought to act like a Typhoid Mary, silently spreading disease wherever it went. Other frog species are also suspected, such as the bullfrogs that were introduced to many areas as a delicacy.

Though they have an idea of how Bd arose as an amphibian pathogen, researchers still need to determine how it spreads from animal to animal, and species to species. With all these resources aimed at preventing amphibian extinction, one might wonder why researchers care so deeply. The disappearance of frogs, salamanders and newts can impact human habitats because amphibians are an important component of the ecosystem both as predators and prey. Some frogs can even directly benefit human health: a recent study showed that a chemical product secreted from amphibian skin has anti-HIV properties. These economic reasons aside, for biologists like Rosenblum, Vredenburg, and Wake, the value of these species is immeasurable, and to lose them would be devastating to biodiversity. “To me a world without amphibians is unimaginable,” said Dr. Wake, professor and curator at the Museum of Vertebrate Zoology.  “The very fact that they exist is invaluable, representing 300 million years of evolution during which they have accumulated history and now manifest the results of evolutionary processes in their very beings.” To put it another way, these researchers are working to ensure that those memories of summer nights by the pond will be preserved for generations to come. 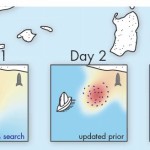 Toolbox - Bayesian Inference Previous
Return of the Liverwort Next 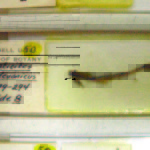