The big one has hit. After an earthquake, remains of buildings lie in haphazard heaps of debris, forming elusive recesses inaccessible to even the most experienced rescue team. A small group of flapping-winged robots swoops in to locate otherwise hidden victims trapped beneath the wreckage. Capable of autonomous scouting, these mini-bots would be equipped with surveillance, heat sensors, and GPS, all elements that would help identify the location of victims or structural hazards in the event of an emergency like the recent earthquake in Japan. While such technology is still a distant prospect, according to Stan Baek, a graduate student in Professor Ron Fearing’s Biomimetics Millisystems lab at UC Berkeley, it does motivate the lab’s research in the development of flapping-winged robots.

A logical starting point for designing a flying robot might be to adapt the design of an airplane and miniaturize it. The working components of conventional airplanes consist of a turbine engine and an assortment of rudders, stabilizers, and wings. This type of rigid-winged flight provides stability (minimal turbulence) and ease of manufacturing, features which have made such systems excellent for commercial applications. However, this kind of flight is limited in its range of motion and has not been proven to work in very small-scale, insect-sized systems. For an autonomous, highly maneuverable scouting device to be feasible, a different kind of flight mechanism is required.

Taking their inspiration from nature, Fearing’s lab has chosen to develop a flapping- wing design for their mini-bot. Unlike propeller-driven and rigid-winged flight, flapping flight provides an incredible range of aerial control. Brief observation of a bird in flight or a darting dragonfly highlights its quick, agile movements, hovering capability, and maneuverability. Winged flight in nature is resilient in all kinds of environments and is known to work for creatures as massive as a golden eagle and as small as a gnat. If researchers better understood this type of flight, they could use this knowledge to engineer small systems that mimic its efficient and dynamic motion.

Over the past few years, the Biomimetics lab has been developing an autonomous bird-like robot, known as iBird. As a test model, Baek and fellow graduate student Fernando Bermudez have taken the body of a store-bought, radio-controlled glider (which they’ve dubbed the ornithopter) and modified it. The brain of the robot, an onboard microcontroller, is equipped with an antenna for receiving signals and various motion sensors to monitor the ornithopter’s movement. In order to make iBird fully autonomous, it must be a self-contained entity capable of interacting with its surroundings without communicating with a human controller, by no means an easy task.

In the past few years Baek and Bermudez have successfully implemented two important control elements: optical flow and altitude regulation. In robotics, optical flow is used for collision and obstacle avoidance. In concert with other sensors, it can also be used for velocity estimation. Optical flow measures how fast a light or dark spot moves across an image, information that can be used to identify the distance between the robot and an object, and whether or not the object is in the robot’s path. To add optical flow to their device, the team used a high-resolution cell-phone camera in tandem with a commercially available visual processing chip. For altitude control, Baek used an infrared sensor from the Nintendo® Wii mounted on iBird and a panel of angled light emitting diodes (LEDs) for monitoring and controlling the relative altitude of the bird bot. The LED display rests several feet away from the bot on a shelf or table. The light from the LEDs reaches the Wii sensor from several directions and thus, within a certain field of view, iBird’s height relative to the panel can be determined. The bot also rises or falls depending on the light input it observes. Baek and Bermudez hope to extend this control and have the bot follow a moving target, and perhaps have a set of bots interact and follow one another just like birds flying in a flock.

In the near future the group plans to improve upon the current prototype by incorporating additional controls such as planning control and Proportional Integral Derivative (PID). In planning control, restrictions are placed on the bot’s movement to maintain its equilibrium. For example, rather than taking a sharp 90-degree turn, which might disrupt the ornithopter’s balance, with good planning control the robot would take the turn gradually. The PID system monitors deviations in the velocity and acceleration of the robot (or any other measureable parameters) and adjusts these parameters via a feedback loop.

Although much has been accomplished since the project started about four years ago, the team still faces many challenges. Winged flight is itself a poorly studied system; computer simulations take days to run and flight dynamics become very complicated because material flexibility, weight, wing size and many other parameters must be taken into account. The team has used experimental data from test runs to circumvent this last problem.

Once the software components for an autonomous robot have been developed and thoroughly tested, the next step will be to miniaturize the system. “From observing nature, we know for certain that flappingwinged flight can be miniaturized,” Baek says. “The next step for smaller-scale flapping-winged robots will be to find a small battery source that can supply enough power to drive the system, along with a way to design a lighter control board that will perform fully autonomous flights without remote control signals.”

In the future, the majority of the mechanical aspects of iBird will be developed by Sunil K. Agrawal’s research group, a collaborating team at the University of Delaware. The Berkeley lab’s primary focus is to create software algorithms that will mimic intelligent behavior in this winged-flight robot. With the addition of more controls, Baek is hopeful that iBird may one day soar on its own. 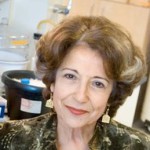 Mina Bissell Previous
From the Editor Next