Hot Flashes with a Chance of Brainstorms

Can estrogen boost your cognitive abilities? Estrogen, primarily known as the female sex hormone, also has broad effects on both the body and mind. For one, women are more prone to depression when they experience low levels of estrogen. And since the 1970s, estrogen has been lauded—and debated—as a prophylactic against the symptoms of mental and physical decline that accompany aging and menopause. Yet, until recently, neuro- scientists have struggled to find a definitive link between estrogen and cognition.

“There were studies showing some change in working memory functions throughout a woman’s menstrual cycle, but no one had asked what the mechanism was,” says Emily Jacobs, a recent graduate of the Neuroscience Graduate Program at UC Berkeley. A recent study conducted by Jacobs and Dr. Mark D’Esposito, professor of neuroscience and psychology, suggests that dopamine, an important neurotransmitter, may be the missing link between estrogen and cognition in the human brain.

The UC Berkeley researchers had one important clue to the link between estrogen and cognition. They knew that working memory performance is critically dependent on dopamine—either too much or too little of the neurotransmitter would impair the ability to perform mental tasks. Working memory is the cognitive function used to manipulate information in short-term memory tasks. As such, working memory is closely tied to attention span and the ability to focus. When she first began her research, Jacobs found, “Some studies showed that estrogen affects working memory but others got a null result and we wanted to know why. It turns out that if you think about it in terms of dopamine function, you can understand why some women improve when estrogen levels are high while other women are impaired.”

In their new study, Jacobs and D’Esposito found that women with different baseline levels of dopamine had predictably higher or lower cognitive performance depending on where they were in their menstrual cycle. Jacobs separated the 24 women in her study into two groups based on whether they had naturally low or naturally high levels of dopamine, using both a chemical assay and a simple genetic test. Women with intermedi- ate dopamine levels were not included in this initial study. Jacobs then tested the women’s ability to perform working memory tasks, such as memorizing a list of letters and then reciting them backwards.

This is the first study to implicate dopamine in the link between estrogen and working memory in humans. Because estrogen levels change throughout the month—and over a woman’s lifetime—this finding suggests the link between dopamine and estrogen will refine our understanding of how estrogen affects cognitive function.

This research will also have broad impli- cations for women’s health. Given the link between estrogen and dopamine, it would not be surprising to find that other behaviors affected by the neuroendocrine system also respond to hormonal fluctuations. A recent article in <i>Scientific American</i> (Emily Anthes, May 2010) reported on how the addictiveness of drugs, alcohol, and cigarettes changes throughout the menstrual cycle. Jacobs’ findings will likely impact how drugs targeting the dopaminergic system are administered. For example, an adolescent girl would need progressively lower doses of Ritalin as her estrogen levels increase through puberty—and the exact dose should change throughout her menstrual cycle. A better understanding of estrogen’s effect on the brain will also help the treatment of depression, anxiety, and chronic stress, which are just some of the neurological disorders that disproportionately affect women.

And let’s not forget that caffeine boosts dopamine levels as well. Does coffee help you focus some days but give you the jitters on others? Ladies, keep track of that extra cognitive boost—it could be that coffee time of the month. 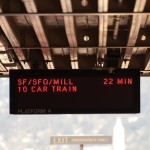 When Time Flies, You're Having Fun Previous
Juno's Revenge Next 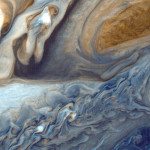