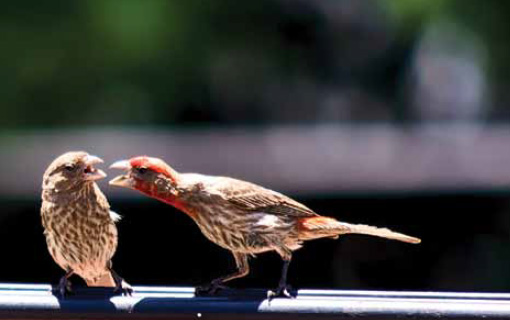 We’ve all been there. You come home after a stressful day at work and find yourself barely motivated enough to eat dinner. Despite your partner’s advances, being intimate is the last thing on your mind. This problem is not unique to humans; the opposing action of stress and sex is an issue faced by all species on our planet. It is a basic fact of life that energy spent on reproduction must be balanced against self-survival, but only in the last ten years have researchers pinpointed one of the hormones capable of turning off sex drive in response to external stressors.

The discovery of a molecular link between stress and sex came from research studying the effects of stress on bird and rat behavior. George Bentley, Associate Professor of Integrative Biology at UC Berkeley, showed that stressed animals have elevated levels of gonadotropin-inhibitory hormone (GnIH). GnIH prevents proper sperm and egg development by blocking the action of gonadotropins, a well-studied class of hormones secreted from the pituitary gland that stimulate sperm and egg maturation. The connection between GnIH and stress revealed the first known mechanism of how environmental stress (e.g. predators, storms, etc.) suppresses the reproductive systems of animals.

Researchers discovered GnIH ten years ago while searching for new hormonal regulators of animal behavior, finding that it was capable of inhibiting the release of reproductive hormones in quails. Their study motivated Bentley to test the function of GnIH in sparrows, a species that has long served as a model for reproduction research due to its complex mating behavior. “A link between quails and sparrows would verify the evolutionary importance of GnIH while also allowing us to investigate its effect on mating behavior,” says Bentley. By administering GnIH directly to the brains of female sparrows, Bentley found an immediate decrease in levels of luteinizing hormone—the hormone responsible for ovulation. Remarkably, he also saw a change in behavior. Female sparrows normally find the song of male sparrows irresistible, but direct administration of GnIH decreased the frequency with which female sparrows solicited copulation. This marked the first discovery of a hormone capable of negatively regulating sex hormones and behavior.

Research led by Professor George Bentley is uncovering the molecular links between stress and libido by observing mating habits and biological changes in stressed-out sparrows. Mapping out these biological links is the first step to understanding the effects of stress on the human libido.
Credit: Luis Silva

Given its ability to turn off sexual behavior in animals, GnIH may be the long-sought link between stress and sexual reproduction. Bentley’s work with wild birds supports this hypothesis. “We stress birds when we catch them in cloth bags,” explains Bentley, “and once they are captured their GnIH levels increase dramatically.” These findings describe the first connection between stress and sex drive: the release of stress hormones activates neurons in the brain that secrete GnIH, leading to widespread decreases in reproductive potential and behavior. This makes intuitive sense, says Bentley, because “if there is a major storm, it would be a bad idea for to you lay eggs; they would probably not survive.”

After his latest observations in birds, Bentley began looking for a connection between GnIH and stress in mammals. In collaboration with Daniela Kaufer, Assistant Professor of Integrative Biology, Bentley’s lab acutely stressed rats with three hour immobilizations. Initial experiments showed an increase in GnIH levels accompanied by a decrease in luteinizing hormone and, therefore, in ovulation. Furthermore, rats that experienced chronic stress, brought on by immobilization for three hours a day over 14 days, had significantly higher levels of GnIH and lower levels of luteinizing hormone than rats that experienced acute stress. The ability for chronic stress to elicit higher levels of GnIH raises the interesting possibility that GnIH release may limit or turn off reproductive drive completely, depending on the extent of environmental stress.

Bentley has also been looking for GnIH in other species. Comparison of GnIH DNA sequences allowed him to discover GnIHrelated hormones in a multitude of species such as hamsters, sheep, and even humans. “One of the first things I did when I started my lab at UC Berkeley was to begin looking for the presence of GnIH in human brains,” says Bentley. His preliminary work has shown that GnIH is indeed present. Even though a functional link still needs to be established, many evolutionarily conserved genes between birds, rodents, and humans tend to retain the same function, so it is likely that GnIH plays a role in negatively regulating human sexual behavior. 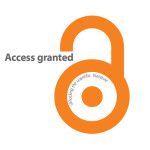