Health on the front burner

Deep in the jungles of Central America, in the corner of a ramshackle hut, two women hunch over a large, flat, plancha-style stove as it furiously billows black smoke into their home. On the other side of the world, a woman sits in her mud-and-thatch dwelling, enjoying the reprieve from insects that the smoke from her three-stone fire offers, but hoping that the water in the pot boils before she does in the hot, sub-Saharan sun. Meanwhile, in the cooler, mountainous, Himalayan region of southern Asia, the smell of smoldering yak dung is a price that villagers are more than willing to pay for warmth. Around the world, cookstoves form the cornerstone of life for many rural villagers who lack access to modern amenities such as electricity. They take on a multitude of forms and provide a variety of functions, from cooking to repelling insects to heating. Unfortunately, they contribute significantly to global air pollution, which the World Health Organization holds responsible for about seven million premature deaths globally each year. “If you had asked me back in 1981, when we conducted the first study anywhere in the world, I wouldn’t have guessed that we would find household air pollution to be the biggest single environmental risk in the world,” reflects Dr. Kirk Smith, a professor at UC Berkeley’s School of Public Health.

Smith’s Household Energy, Climate, and Health Research Group is taking on this multidisciplinary challenge from a public health standpoint, joining groups across campus that are tackling the issue from a number of different angles. In the field of public health, an intervention is generally defined as “a purposeful action by an agent to create change.” In order for an intervention to succeed in bringing about this desired change, there must be a notable change in human exposure to a harmful substance. Drew Hill, one of Smith’s students, explains that “it’s trickier than people might think to get from decreased emissions to actual decreased exposures.” In other words, the challenge of “building a better stove” might be more than simply a design problem: someone must consider how it is implemented and how well it “sticks.”

These types of studies are complicated by the fact that users may not accurately self-report their cooking practices. In a recent study published in Environmental Science & Technology, Smith’s group explored the use of household sensors for long-term monitoring of a stove intervention. “We undertook a 200 household pilot study [in seven rural villages of the Palwal District, Haryana, India] to see if we could detect any meaningful exposure reduction using an advanced [Philips HD4012] cookstove. By an ‘advanced’ cookstove, I mean it has a fan, it takes slightly processed fuel, and it’s really clean in the lab,” explains Ajay Pillarisetti, another of Smith’s students. In order to measure stove use more accurately, the group employed Stove Use Monitors, or SUMs, and installed small, data-logging thermometers on each of the 200 intervention stoves and traditional (existing) stoves. This was no small feat, according to Pillarisetti. “I think we underestimated the intensity of the field work,” he says. “It’s a lot of work to visit 200 households and monitor 400 stoves. It’s a big logistical undertaking.”

Their efforts resulted in some surprising findings. At the start of the trial, the Philips stove and the conventional stove recorded similar usage. However, about 75 days into the study, the two data sets began to diverge: the Philips stove tapered off, while the traditional stove held constant. After a year of monitoring via SUMs, the data showed that the Philips stoves seemed to be logging only about half of the cooking events as the traditional stoves. “That was a little disappointing, but I think still useful. It wasn’t the right stove for this community, but that doesn’t mean it’s not the right stove for elsewhere,” says Pillarisetti.

The study also made a case for two other important lessons: the need for extensive preparatory fieldwork to ensure that a stove is both culturally acceptable and resilient, and the need for sustained, long-term monitoring on both the existing and the new stove. According to Pillarisetti, “I think if we had just monitored the intervention, and only for a few weeks, we would not have seen that long decline in its use.” The group remains optimistic, particularly in the ability of the SUMs to continue to revolutionize their field. While the task of providing thousands of people around the world with a healthier means of cooking may seem daunting, these researchers are undeterred. “We’re still working with improved biomass stoves,” says Smith. “Like I said, I haven’t given up.” 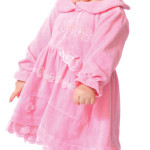 What’s in a tweet? Previous
Making start-up dreams reality at Lucid Next 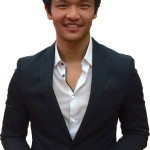