Guardians of the brain galaxy

As we develop in the womb, billions of neurons come together to build the complex network that will become our brain. But what organizes and protects these neurons as they shape our future self? Neuron formation and maintenance results in a lot of cellular waste that requires rapid clearance from the brain to avoid tissue damage. Our developing brains are also susceptible to invading microbes, but protection from infection requires an immune response that eliminates the threat without causing any damage. Such a delicate and complex array of tasks seems best suited for an arsenal of diverse cell types, yet the brain has just one: microglia.

Microglia were first described in 1899, but their potential dual roles in brain maintenance and immune function were effectively ignored for the next hundred years. It was not until the late 1980s—when a handful of key experiments demonstrated that microglia act as an autonomous immune network in the brain—that researchers began to look more closely at the balance of immunological and developmental functions of these cells. Today, Kaoru Saijo’s lab in the Department of Molecular and Cell Biology at UC Berkeley is eager to give microglia the attention they deserve. The lab is currently using cutting edge genetics and high tech imaging techniques to study many aspects of these immune cells and their role in brain development.

Eliminating microglia during development is known to produce profound defects in neuronal function. Eva Nichols, a fourth-year PhD student, is trying to understand microglia’s exact developmental functions by looking at the shape and location of these cells in the brain as it grows. Using high-resolution 3D microscopy to follow microglia in various mouse embryo stages, she found that microglia take on different shapes in different regions of the developing brain: “microglia cells that are closer to the site of active neuronal development appear more rounded, while cells that are deeper in the tissue send out cellular arms that are sampling the environment.” Nichols hypothesizes that these different shapes may correspond to microglia carrying out different functions at specific locations in the brain.

The Saijo lab is also investigating the effects of improper microglial function during neuron formation. One of their focuses has been on the ability of microglia to induce their own cell death, a crucial task that likely eliminates unneeded or malfunctioning cells. To study the importance of microglial death in brain development, the Saijo lab uses mice with a mutation that eliminates one of the proteins required for this autonomous cell death. They were surprised to see that these mice exhibit a behavior that closely resembles Attention Deficit Hyperactivity Disorder (ADHD) in humans. The lab is following up on the potential role for microglia in ADHD by diving deeper into the downstream immune effects of microglial death. Nichols describes microglia as the “simultaneous butlers and security guards of the brain.” They are thought to aid in both the development and the immune protection of neurons. Design credit: Amanda Bischoff

Microglia must somehow balance their roles in neuronal development with their roles in immune protection of the brain—a duty often referred to as a “double-edged sword.” To better understand the balance, the Saijo lab is studying what happens when they push microglia toward one edge or the other. Hsiu-Chun Chuang, a postdoc in the lab, recently identified a role for the activation of a well-characterized immune signaling pathway in the development of Autism Spectrum Disorder (ASD). Nichols and Chuang hypothesize that when a pathogen triggers  this signaling pathway in a fetus, microglia shift their attention away from tending to neurons to fighting the pathogen. “I describe microglia as the simultaneous butlers and security guards of the brain,” says Nichols. “I wonder if they’re being distracted by a potential threat, and as a result, they are then neglecting their housekeeping duties.” To test this hypothesis, Nichols and Chuang plan to combine their 3D microscopy with a new machine learning algorithm from collaborators at MIT. The combination of these techniques will help them identify changes in microglia location that occur following infection and therefore locate which parts of the developing brain are being neglected by microglia as a result.  They suspect these neglected regions are related to the behavior changes seen in ASD and ADHD.

The Saijo lab has a long way to go in understanding how microglia are able to balance the work of simultaneously supporting neuronal development and properly protecting the brain. However, one tantalizing hypothesis that the lab shares is the idea that there may be subpopulations of microglia cells that are able to focus more specifically on just one of the many crucial tasks. Ultimately, the lab hopes that a better understanding of these subpopulations and their specific roles will help scientists understand how complex neurological disorders like ASD and ADHD arise.

Katie Deets is a graduate student in molecular and cell biology. 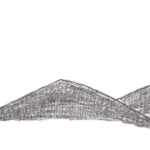 Sizing up awe Previous
Pushing the envelope Next 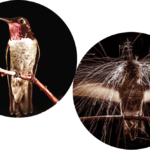