Get on the brain train

Calamitous accidents leading to a traumatic brain injury (TBI), sudden strokes, and neurological diseases like major depressive disorder or Parkinson’s disease can all lead to cognitive impairment. Brains are inherently fragile and complex, and no two patients are identical, so options for medical intervention in these cases have historically been limited. However, researchers at UC Berkeley see promise in an emerging therapy called brain training that may help patients recover lost cognitive function.

Analogous to physical therapy for the body, brain training involves patients performing exercises designed to target and strengthen a cognitive impairment. Rather than performing squats and stretches, patients engage in interactive computer programs, reacting to sensory stimuli to complete a task. Computer-administered brain training demands attention, mental stamina, coordination, and higher order mental processes like planning and problem solving. Each of these attributes requires the engagement of compromised brain regions, whose function may improve over time with targeted training.Several groups at UC Berkeley are working to implement brain training for TBI recovery. Mark D’Esposito, a Professor of Neuroscience and Director of the Henry Wheeler Brain Imaging Center at Berkeley, is developing brain training regimens to help rehabilitate a particularly vulnerable group—veterans with concussions and PTSD. In a recent study, researchers in D’Esposito’s group applied a technique called Goal-Oriented Attentional Self-Regulation (GOALS), a cognitive rehabilitation training program that targets functions such as impulse control, attentiveness, and behavior selection. They found that the GOALS regimen helped military veterans with chronic TBI improve their cognitive control and emotional regulation.

This work is not always straightforward, however. “TBI is a heterogeneous disorder. There are a wide range of deficits, which complicates things quite a bit,” D’Esposito explains. Nevertheless, he views brain training as a promising avenue for cognitive rehabilitation, in part because it “treats the brain as opposed to treating the disease.” In other words, patients are best served when treatments seek to enhance brain function irrespective of the underlying cause.

Dr. Silvia Bunge heads a group in the UC Berkeley psychology department called the Building Blocks of Cognition. She plans to work with children with neurological deficits to investigate the benefits of computer-administered brain training techniques. She advocates “starting from the patient and working backwards to develop a multifaceted but patient-specific regimen.” Bunge echoes the patient-centered ethos of D’Esposito: “if you can isolate a problem, then you can try to aim at restoring that function.”

The work of brain training experts like Silvia Bunge and Mark D’Esposito is based on a natural hypothesis: as a patient improves at a task that requires a compromised brain region, cognitive function will improve as a whole. While their work has shown clear progress in some cases, other studies have been conflicting.

The controversy generated by these conflicting studies was detailed in a 2013 New Yorker article titled “Brain Games are Bogus,” which questioned whether brain training programs truly prepare patients for real-life experiences. In many cases, the gains in cognitive function are limited to the duration of the training and do not equate to improvements in everyday tasks. Conflicting results with brain training regimens—some studies showing lasting improvement and others showing little or no effect—place the field at a crossroads. Whether a training regimen works may lie in each program’s intensity, duration, and ability to adapt as patients progress.

UC Berkeley Clinical Professor Emeritus John Swartzberg is optimistic on the prospects of brain training for TBI recovery. “It’s very clear that the brain is more malleable than we originally thought,” he says, advocating the importance of exploiting such malleability during recovery. However, he also cautions that “the training must be consistent, fairly intense over a long period of time, and cost effective.”

With time constraints for rehabilitation and finite budgets, will clinicians, health care providers, and psychiatric professionals invest heavily in brain training techniques? While experts have not reached consensus on the best therapeutic approach to TBI, most agree on the importance of exploiting the brain’s malleability. Thanks in part to work from UC Berkeley faculty, we may soon see lasting relief for patients with TBI.

Siamak K. Sorooshyari is a graduate student in integrative biology. 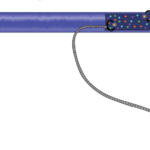 Machine learning: Chapter 3 Previous
Down a dusty interstellar road Next 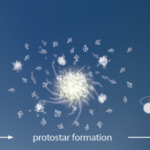