“The soil didn’t look like soil,” recounted Sydney Glassman, a UC Berkeley graduate student in fungal ecology. “All the pine needles were gone. It was just fluffy black ash.” After two years of extensively studying the fungal diversity of soil in the Sierra Nevadas, Glassman’s soil plots were turned to ash in an instant by the devastating 2013 Rim Fire. Forests throughout northern California are naturally adapted to frequent, but relatively small, fires. But now, due to a combination of climate change, drought, and fire suppression policies, the California firescape has become dominated by low-frequency, high-intensity “mega-fires”, a term coined by UC Berkeley fire scientist Scott Stephens. The Rim Fire provided an opportunity to ask an important question for fungal (and forest) ecology: can fungal spores in the soil survive the unnatural intensity of this mega-fire?

Glassman’s work revealed that indeed there is a subset of “fire fungi”—in particular, several species of the Rhizopogon genus—that tolerate the prolonged heat from mega-fires. Despite an overall reduction in abundance and diversity of the soil fungi, some Rhizopogon spores, surprisingly, increased in abundance post-fire. These fire-fungi are symbiotic partners of pine trees, and are crucial for forest regeneration. The fungi associate with the roots of pine seedlings, providing them with nitrogen, phosphates, and increased water absorption, and in return, the pine seedlings provide sugars to feed the fungi. Luckily, even after the devastation of a mega-fire, the soil still contains the key ingredient to ensure rebirth of the pine forest: fungal spores. Now, according to Glassman, the soil plot is once again becoming green with a new generation of seedlings. 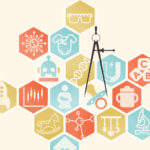 Experimenting with Parenthood Previous
Roam on the Range Next 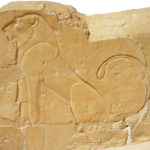