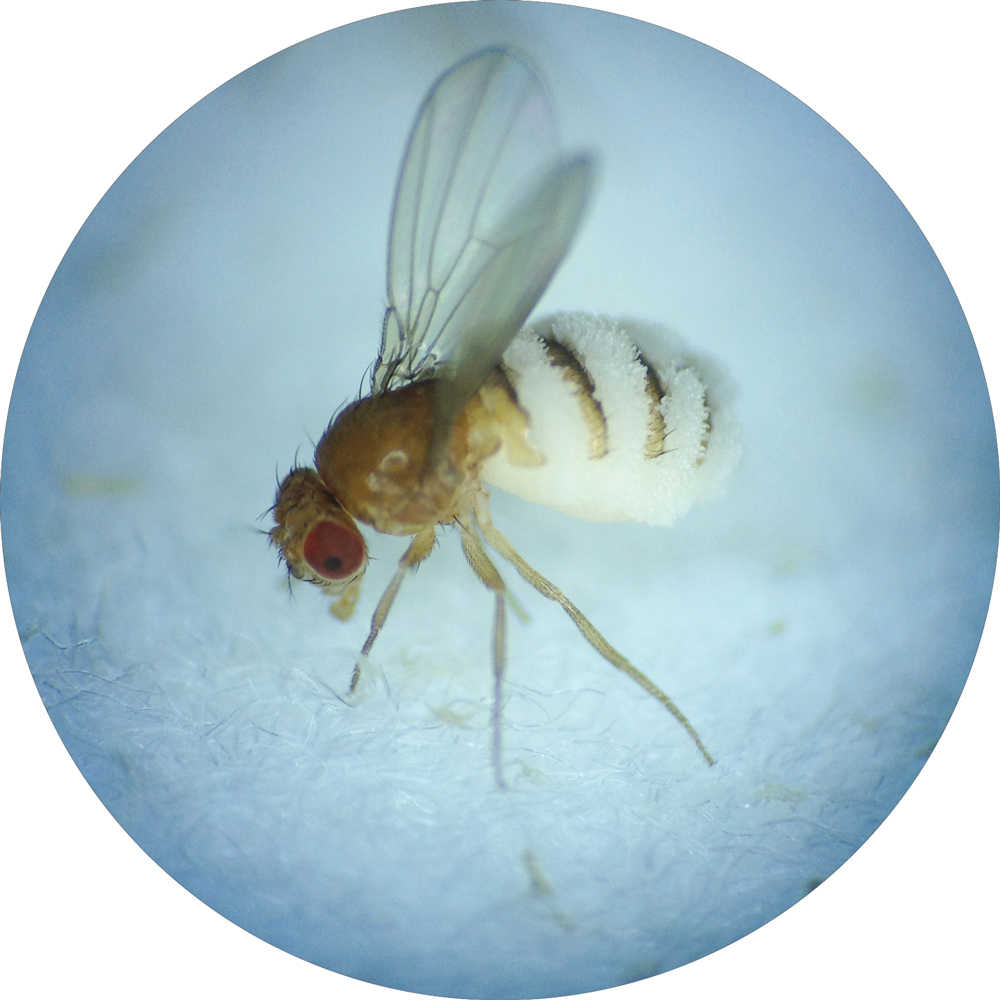 Entomophthora are a group of pathogenic fungal species that bore into the body of flies, hijack their minds, and cause their death. Their name literally means “insect destroyer,” and they are often described as creating zombies out of their hosts.

Researchers understand the general Entomophthora life cycle, but the way these fungi control their hosts is still a mystery. Now, scientists in Professor Michael Eisen’s lab in the Department of Molecular and Cell Biology are performing experiments to find out just how a fungus can control an insect’s behavior.

When infected by this fungus, a fly first loses its ability to fly. Next, it climbs slowly to an elevated position, like the underside of a leaf—a behavior that researchers call “summiting.” Once there, its legs begin to twitch convulsively, almost like it’s having a seizure. Then, its proboscis (a tongue-like appendage) repeatedly extends and retracts until it sticks to the surface of the leaf permanently. At this point, the fly seems dead. Then, suddenly, its wings lift slowly away from its body until they are extended straight in the air, at which point the fly stops moving completely.

A few hours later, a white fuzzy substance materializes on the fly’s abdomen—these are fungal cells called conidiophores growing out of the fly. The conidiophores act like cannons that forcefully shoot infectious cells called conidia into the air at approximately 21 miles per hour. Carolyn Elya, a graduate student in the Eisen lab, estimates that if the conidium had the diameter of a baseball, it would be moving at about 28,500 miles per hour.

After being fired from the host fly, the conidia use both chemical and mechanical force to get inside of a new fly by boring a hole in the fly’s hard outer shell. Once inside, the fungus feeds off the fly’s fat bodies and replicates. Four to seven days later, only the empty body of the fly remains, and the zombie behavior of the fungus repeats.

Mysteriously, the fly’s behavioral response to infection—that summiting behavior—typically starts just after sunset. It’s this puzzle that is intriguing to Elya.

There are several possibilities for how the fungus manipulates flies. On the one hand, as Elya explains, it isn’t even clear that the fungi control the fly’s brain at all. Instead, it seems most likely that “the fungus just sort of ‘noms’ away on a lot of different parts of the fly and that manifests as the fly losing the ability to move,” Elya says. However, this doesn’t explain the summiting behavior. Walking to a high place at sunset is a complex task and seems likely to require control of specific parts of the brain.

According to Eisen, “the fungus could be secreting chemicals that are able to modify certain brain activity, or maybe it’s physically traveling to a particular part of the brain and manipulating brain cells.”

While little is known about how these fungi create the walking dead, much is known about their fruit fly hosts. Drosophila melanogaster has been investigated extensively, leading to  a well-studied genome and lots of tools for genetic engineering. That means Elya can manipulate fly genes to piece together how the fungus interacts with its host.

Elya wants to understand why the flies usually start summiting at sunset—is the fungus using its own clock to determine when the fly summits? Or is it hijacking one of the fly’s natural behaviors and using the fly’s clock?

To approach this, she will experiment with flies genetically engineered to have abnormal circadian rhythms—ones that have an internal clock longer than 24 hours. That way, she can decouple the fly’s rhythm from the fungus’s. Observing the timing of fly death relative to sunset in normal flies versus the genetically engineered ones will help determine if the fly or the fungus is controlling the behavior.

Microbes like Entomophthora that manipulate animals’ behavior are valuable subjects for scientists. “Parasites manipulate behavior in ways that no neurobiologist ever could, and it might be the case that learning how a parasite manipulates the nervous system [can teach you] things about the endogenous function of that system that you couldn’t learn otherwise,” states Michael Bronski, another graduate student in the Eisen lab.

In other words, this parasitic fungus might reveal things about animal biology that we would never come up with ourselves. It’s a fine example that, as Elya says, “nature does everything better.”

Featured Image Caption: Flies infected with Entomophthora die immobilized with their proboscis extended and wings raised. The white fungal conidiophores emerge from the fly’s abdomen, poised to shoot conidia into the air. The black spot on the fly’s eye is a scar from the invasion of a condium several days earlier. Credit: Carolyn Elya 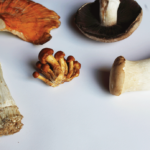 Fungible Fungi Previous
From the Field - Tracking Pollution Sources Next 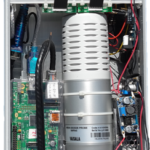