Out of the frying pan, into the lungs

Using a range hood while cooking significantly decreases the amount of indoor pollutants.

For those with asthma, quality of life is directly linked with the quality of the air around them. When we think about air pollution, we often imagine poisonous smoke emanating from industrial chimneys or gas-guzzling vehicles churning out exhaust. However, a recent study by UC Berkeley researchers suggests that asthma sufferers might be put at risk by seemingly innocuous everyday tasks. Even certain cooking behaviors can increase exposure to particulate matter that is notorious for triggering asthma attacks.
Asthma affects more than 24 million Americans, including over six million children. There is no cure for asthma, but one of the best ways to mitigate its symptoms is to avoid asthma triggers, like poor air quality and mold. Most of us think about air quality as a feature of the air outside, but because people spend the majority of their time indoors, the causes of indoor air pollution are equally important to understand.

To track sources of indoor air pollution, researchers installed air quality sensors in the homes of low-income families around the East Bay. Over the course of a month, these sensors tracked levels of PM2.5, a class of atmospheric particulate matter (PM) that readily penetrates the lungs and triggers asthma attacks.
While the researchers were initially interested in the effect of second-hand smoke on indoor pollution, another surprising risk factor emerged. “Using stove hoods while cooking made a significant difference in the pollution levels in homes,” Dr. Stephanie Holm, who headed the study, says. In homes that did not use their stove hood while cooking, the accumulated PM2.5 levels were three times higher than in homes that did use a stove hood.

Can changing your cooking practices prevent asthma attacks? Dr. Holm says, “The team is planning a large intervention study to test how various preventive measures affect the health of asthma patients.” For now, it can’t hurt to turn on the stove hood before your next stir-fry. 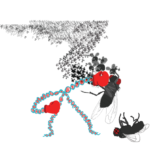 Riding on her coattails Previous
Understanding autism Next 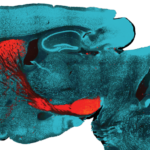