For all of us at the Berkeley Science Review, producing each magazine is a journey. From authors crafting their pitches, to editors sculpting stories, to designers illustrating ideas, each person plays a part in creating something greater than their individual piece. We’re thrilled to share this Spring 2016 issue with you.

Many of the features in this issue revolve around journeys: of life, of our planet, and of the scientists who study them at UC Berkeley. In Change we must believe in, Levi Gadye tells us about the many angles from which Berkeley scientists are studying the past, present, and future of Earth’s climate. In From DNA to diversity, Nicole Haloupek breaks down how the tiniest of genetic changes—the tools of evolution—can, in time, bring about new life forms. Cathy Wu addresses journeys more literally in Traffic jammin’: how can improvements in transportation technology get us from here to there in a safer and more efficient manner? And we mustn’t forget the personal journeys of the scientists themselves. Anna Vlasits explores the trials and joys of graduate student parents at UC Berkeley in Experimenting with parenthood. I hope you will come away from these pieces having gained a greater appreciation for the breadth and depth of scientific research on our campus, and for the experiences of those who carry out the work.

This issue marks the 15th anniversary of the Berkeley Science Review, which began in 2001 as a graduate student-produced magazine and has continued in that tradition ever since. I’m thrilled to have assumed the role of Editor in Chief—as a writer and editor, the Berkeley Science Review has provided me with many opportunities in translating scientific jargon into (dare I say more interesting) stories and illustrations.

I invite you to share the enthusiasm of our writers, editors, and designers, who have worked so hard to produce the magazine. After spearheading three beautiful issues, Holly Williams is wrapping up as Art Director and will be succeeded by Jo Downes. Jo has been involved with the magazine for over two years and is currently mobile director, a position that will be filled by Florian Brown-Altvater in the fall. We’re also very excited that three talented photographers have joined the Berkeley Science Review team for this issue.

We couldn’t do any of it without our writers, who volunteer enthusiastically to get to the bottom of a scientific discovery, and hardworking editors, who hold the magazine to high standards. Special thanks as well to our blog editor Daniel Freeman, web director Chris Holdgraf, and managing editor Jake Seeley.

Enjoy this issue, and please feel free to contact us at sciencereview@gmail.com with any thoughts or feedback on the magazine. 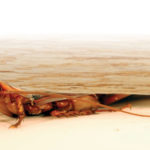 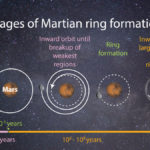