Focal Power to the People In 2006, Professor of Bioengineering Dan Fletcher asked his undergraduate optics class how they could make a microscope with just a cell phone and some cheap optical lenses. Ten years later, this simple question has resulted in the CellScope, a mobile and inexpensive microscope that requires only a smartphone to operate. With the number of smartphone users projected to break two billion this year, smartphones are quickly becoming ubiquitous enough in resource-poor settings for the CellScope to be used as a diagnostic tool.  Additionally, smartphones are familiar enough to grade school students for the CellScope to enable rewarding forays into microscopy.

The CellScope couples to a smartphone’s camera and processor to capture and analyze images of microscopic phenomena in settings that are not suitable for traditional microscopes. These settings vary, including mobile clinics in Central Africa and small ocean sampling skiffs. Since its inception in 2006, the CellScope has branched into dozens of forms and iterations, with most versions tailored for either diagnostic or educational applications.

The CellScope’s diagnostic potential has attracted attention from groups battling diseases around the world. Mike D’Ambrosio, a staff scientist working on the CellScope in the Fletcher lab, describes these collaborations as “really cool and also a serious commitment.” One of the most widely deployed versions of the CellScope is the CellScope Loa, designed to tackle a recent setback in disease elimination efforts in Central Africa. For many years, mass drug administration programs in Central Africa treated roundworm infections with the antiparisitic drug ivermectin. Roundworm infections are varied and incredibly common, causing river blindness and swelling of the limbs in over a billion people worldwide. The planet’s poorest citizens are disproportionately infected, and this same population is often co-infected by Loa loa, another roundworm species. Unfortunately, people infected with L. loa who are given ivermectin may experience serious adverse effects. As a result, drug administration programs have been suspended in some regions. If individuals could be rapidly screened for significant L. loa infections, the programs would be able to recommence. The CellScope Loa was designed to do exactly that.

These drug administration programs occur in low-resource settings, where expert microscopists are at a premium and human error is common. For the CellScope Loa, developers focused on combining intelligent image processing algorithms with a simple user interface to make diagnoses as automated as possible. In research published in 2015, the Fletcher lab showed that the CellScope Loa performed comparably to a trained technician at identifying patients with L. loa infections in Cameroon. “We’re incredibly lucky to have such dedicated collaborators,” says D’Ambrosio, who credits their initial success to crucial partnerships with researchers on the ground. Since then, further trials have screened a total of 16,000 individuals in Central Africa, with an additional 32,000 planned for Fall 2016. The lab also juggles similar projects for treating schistosomiasis in Cote D’Ivoire and tuberculosis in Vietnam.

Microscopy education is another area where the CellScope has flourished. Fletcher lab staff scientist Eva Schmid remembers what it’s like to be a grade school student using a conventional classroom microscope. “You’d look through the eyepiece and it’s really hard to see anything,” Schmid says. “You see your eyelashes most of the time.” The CellScope allows students to interact with a smartphone in a familiar touchscreen format. Multiple students can use a CellScope at the same time, and teachers can project live images from the CellScope. So far, middle schools in San Francisco and New Orleans have had positive trial runs with the CellScope, and may eventually incorporate it into curricula. A view through the CellScope of a female Harpacticoida carrying two egg sacs. Credit: Anuschka Faucci.

The Fletcher lab will continue to use the CellScope to address new challenges. D’Ambrosio admits he’s always searching for new diseases that could be diagnosed by the CellScope. Of particular interest to him are diseases targeted by the London Declaration on Neglected Tropical Diseases, a disease eradication program spearheaded by the World Health Organization and the Bill and Melinda Gates Foundation, which aims to eliminate certain neglected diseases. “We always have a short list of five or ten diseases that we can’t currently diagnose but we’re actively working on diagnostics for,” D’Ambrosio says. Schmid is also optimistic that young students will be naturally drawn to microscopy through interactions with the CellScope. “It’s an easy and fun way of looking at the beauty of nature and creatures out there that we don’t see with the naked eye,” Schmid says. Schmid hopes that these budding scientists will be inspired to become researchers—inspired to drive innovation in disease elimination and other critical challenges. 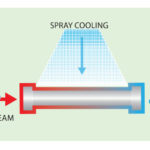 No Thanks, I’ll Stick to Water Previous
Nature’s Water Filter Next 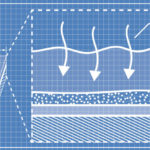