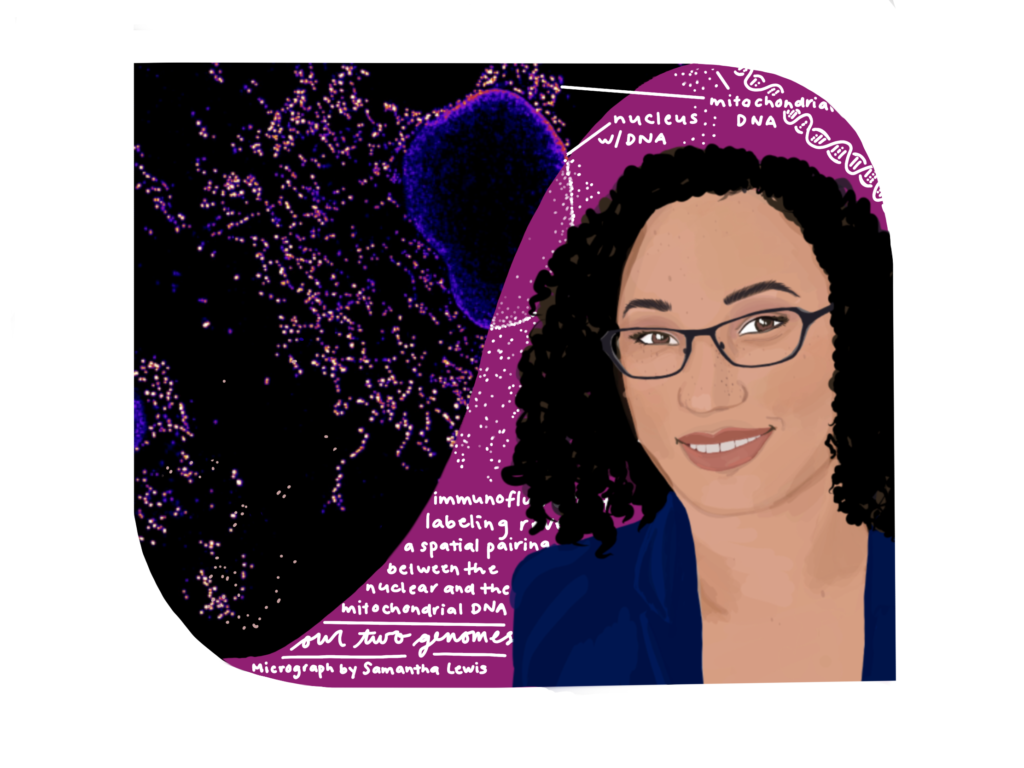 As a first-year undergraduate student at Oregon State University, Samantha Lewis discovered a passion for life sciences after enrolling in a developmental biology course to fulfill a requirement for her chemical engineering major. Lewis recalls, “It was so interesting that I wanted to know everything. It completely changed my world view.” Soon after, Lewis transferred into the zoology department, joined a biology lab, and began to realize her love for research.

Now an assistant professor in the Department of Molecular and Cell Biology (MCB) at UC Berkeley, Lewis studies a genome found not in the nucleus but in a separate organelle: the mitochondrion. Our cells contain thousands of small, circular pieces of DNA called mitochondrial DNA (mtDNA), which encode genes that control processes required for healthy metabolic function. Similar to the nuclear genome, mtDNA can accumulate defects, or mutations, as a person ages that alter cellular function and can result in rare mitochondrial diseases. “There is pretty strong evidence that the accumulation of mitochondrial genome defects with age is linked to neurodegeneration and metabolic disease,” Lewis explains. Using a combination of molecular biology tools, gene-editing techniques, and super resolution microscopy, Lewis is studying how the mitochondrial genome changes with age and metabolic conditions.

Lewis finds great joy in advising future scientists. She has taken part in multiple formal mentoring workshops and is currently involved with inclusive MCB (iMCB), an initiative to promote an academically enriching and supportive climate for MCB trainees here at Cal. When asked about her greatest accomplishments, Lewis admits, “I am most proud of seeing the students that I have worked with learn, grow, and succeed.”

Erin Akins is a graduate student in Bioengineering. 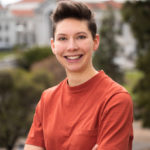 From the editor Previous
Faculty profile: Zak Al Balushi Next 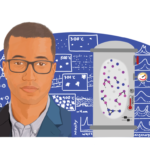