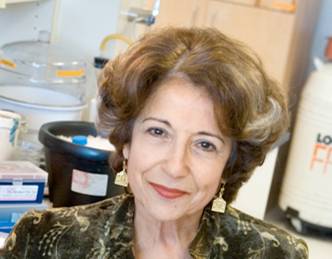 “They’re the sort of questions that are almost too big for people to take on,” Mina Bissell muses as our interview gets started. And, for over thirty years, that is exactly what she has been doing— tackling the questions that seem too big to answer. After differentiating to become part of a particular organ, how does a particular cell remember to maintain its identity? Why do some cells forget the rules and become cancer cells? What exactly has gone wrong?

Mina Bissell’s background is anything but ordinary, and it is her unique experiences, she says, that have molded her success. She was born in Tehran, Iran, and graduated as the country’s top high-school student. She then ventured to the United States by herself at barely eighteen and began her undergraduate studies at Bryn Mawr. After two years, she transferred to Radcliffe, graduating with honors in chemistry. She did her PhD studies at Harvard Medical School studying bacterial genetics and moved to UC Berkeley in the 1970s for a postdoctoral fellowship. Bissell has since received numerous awards and served as the director of the Life Sciences Division at Lawrence Berkeley National Laboratory (LBL), where she is currently a Distinguished Scientist.

AG: What were some challenges you faced at the start of your science career?
MB: I was very young when I first came to this country. I had no idea that, even in the 1960s, women were discriminated against in this country. When I got to graduate school, I began to realize that there was this very complex relationship with how people treated women—especially outspoken and assertive women. It never occurred to me not to speak up. You know, I was fearless and that scared people. I know everybody has to prove themselves. I just found this surprising and very challenging. The other thing that was very challenging for me was how conventional people are in science. You would think that in science you would want people that are really open to new ideas. I found out that was not the case. And again I had to prove myself just because I wasn’t doing what everybody else was doing, and I was doing it in a different way with my own ideas, and very few people would open their minds to it. Luckily that has changed, and we have opened up a new way of thinking about tissue specificity and cancer.

In 1959, Mina Bissell was given a medal by the Shah of Iran, Mohammad Reza Pahlavi, commemorating her position as top high school graduate in the country.
Credit: Pezcoller Foundation

AG: What is the main focus of your researchnow?
MB: The question is—how do cells not only organize themselves into different organs and tissues, but how do they remember to behave like an organ or tissue? There are many different steps that come together to make your nose your nose, your mouth your mouth, and your elbow your elbow. When you take these cells out of their three-dimensional environment in an animal and put them in a flat dish, they forget where they come from. That tells you that noseness, mouthness and elbowness are not absolute. It says that there has to be something in vivo that is giving the signal that we took away. Part of that signal is the extracellular matrix (ECM), but the fundamental regulator of organ and tissue specificity is the spatial environment generated by the organ itself. In other words, the organ and tissue’s architecture has information and is telling the cells what to do. When you take away that organization, cells behave very differently. So we argue that context and architecture matter—there is wisdom in your nose and wisdom in your liver and that evolution has made these things the way they are.

AG: You study cancer, too. How does that relate to this idea about the importance of environment in tissue differentiation?
MB: When we treat patients with a given drug we shouldn’t be just treating the tumor alone—we should be treating both the tumor and the microenvironment around it. We now know that the microenvironment is not just the ECM or the other cell types but also factors like the immune system. All of these things go on to say that context is important.

AG: I heard that you considered studying literature as an undergraduate.
MB: When I was at Bryn Mawr, I wanted to major in literature. I had a magnificent English professor, and I love literature and poetry, so it was a fight between chemistry and literature. But chemistry won!

AG: Who are some of your favorite poets?
MB: I grew up immersed in poetry, as all Persians do. I really love the very famous poet from Iran that Americans don’t know much, Hāfez. He is probably our greatest poet. Another poet I’ve always admired is Yeats—I love Yeats! Of modern American poets, I like Billy Collins. I also read the poems in The New Yorker and, back in the old days, I used to go to the Black Oak Bookstore and hear the young poets.

AG: Do you have any words of wisdom for current graduate students in science?
MB: Nothing is easy. You have to have your own independent way of keeping your dignity. There is dignity in work and it’s very important to be independent. There is a lot of good science we know nothing about. There’s so much to learn and there’s so much to do—you just have to open your eyes to your data. Don’t just try to satisfy your professor—challenge authority. And exercise! Exercise and challenge authority and stick with it! Do something good with your life. It doesn’t matter what you do—but do something good and important. Do something that will make you feel good about yourself and about humanity. And, for crying out loud, get involved in politics! Vote! It matters! It matters a lot! 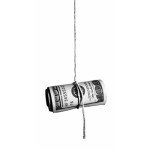 Murky Waters Previous
It's a Bird... It's a Plane... It's a Robot Next