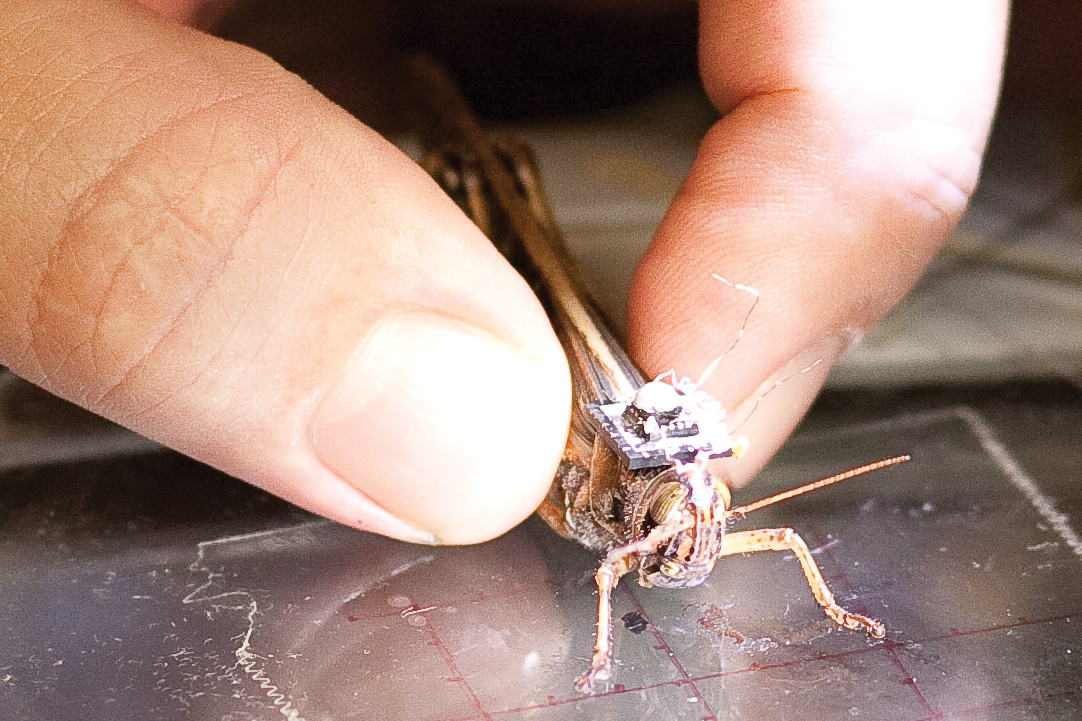 Michel Maharbiz is an associate professor in the Department of Electrical Engineering and Computer Science. Well-known for the creation of cyborg beetles, Maharbiz imagines a future where bio-interfaces are everywhere. He recently received attention for a theoretical paper he wrote in collaboration with Dongjin Seo, Jose Carmena, Jan M. Rabaey, and Elad Alon about “neural dust,” a cloud of micro-sensors that could be permanently implanted in the brain and transmit neuronal signals by ultrasound.   Maharbiz is a self-described gadget builder who started making robots in high school. Reflecting on early influences, he listed MIT Professor of Robotics Rodney Brooks (“oh my god, crawling robots, what could be cooler!”), and the science fiction classic, Dune. In addition to his research, Maharbiz has contributed to several startups, including Microreactor Technologies, Inc., Tweedle Technologies, Quswami, Inc., and Cortera Neurotechnologies, Inc. He is “obsessed” with communicating his work to the public, and consulted on the film Transcendence along with Jose Carmena.

M: I may be wrong, but for good or for ill I am just enamored with this idea. If you think ahead 30, 40 years, I don’t really envision a world that looks like aluminum, steel, and plastic. The idea that we wouldn’t need to interface with biological stuff is nonsense. For medical reasons for sure, but even for engineering. I think stuff like this [points to wall] in 40 years will not be dead. There’s no reason it should be dead. It’ll be, I don’t want to say “grown,” because that’s a loaded word that comes from our own language, but it’ll be something that’s cell-derived. You will have to have interfaces. That’s why my group is so weird and diverse, because I almost don’t care within that space what I work on.

S: Why did you decide to publish an open access theoretical paper about neural dust?

M: The reason is simple. We are proud that we had the idea, it’s out of the box and all that, but technically it is actually fairly complicated. And so, that’s exactly what Archive [arXiv.org, open access e-prints] is for, right, is to field an idea and to really invite the community to, I don’t want to say take pot shots at it, but to help you work out whether you’ve missed something, and it worked really well. I think that the idea of neural dust is going to be very demanding. I think it is high risk, high payoff, but there is room for a lot of work. There is no benefit to being greedy.

S: Have you gotten any particularly useful feedback?

M: Yeah. We were approached about different materials we could use. People had access to different vendors. Some people had technical observations. And the most useful one was this: we had published with the intent of using this for the central nervous system, and we realized that probably one of the bigger applications would be in peripheral [nervous tissue].

S: During the panel discussion at the Kavli Futures Symposium on Neurotechnology, you mentioned that the gap between creating new technology and getting it to researchers is huge. You suggested that universities need a shop of hired staff engineers to create these things. Why is that?

M: The reason is very basic, which is that at elite universities the engineering research group is after high-profile publications just like the science one, right, and all of the hard work of transferring my high profile publication to a workable everyday method for your lab is effectively a thankless job. Who is gonna do that? You’re not gonna get a Nature paper out of that. And so that’s it, that’s the whole story. And it takes money. But it is something that, if you had a dedicated core of engineers, this would be both great fun for them, and incredibly productive.

S: You also said, “Local matters. The world only flattens out so far.” Is that one of the reasons you came back to Berkeley to start a lab here?

M: That’s the reason. I really loved being at the University of Michigan, and I’m not just saying this to be kind. But honestly Berkeley is weirdly special about people collaborating openly. We have a culture of rewarding that kind of interdisciplinary stuff, and that’s what I like. I mean I love doing these things. Like neural dust; that’s four PIs.

Maharbiz and his team have outfitted insects such as this locust with electronics that stimulate their brains and flight muscles. Radio waves command the insect’s flight. Credit: Erin Jarvis.

S: Your lab focuses on something that is by nature interdisciplinary. How do you select people for your group?

M: I don’t know. They have to be crazy enough. I would like everybody to come and develop this very holistic sense of what it is to do cool stuff, with an eye towards academia and academic success because of course that’s needed, because we’re all in it, but with a little disdain for it too. So, how to select them? I tell them they have to be really independent, and willing to shoot down any crazy ideas I have because otherwise I’ll send you down very strange missions. I want people who will do that very early on. The hardest thing to master, and it’s something I haven’t mastered, is having failed enough times that you develop a good taste for what is likely not to be a failure. I have a very big failure that I sometimes get enamored of science fictiony kind of ideas, and it is useful to have someone with a younger brain who’s like “Yeah, yeah, I get what you’re saying, but it sucks and I’m going to tell you why it sucks.” And as far as discipline, what I do is not science, so really they have to be engineers. I don’t do science. This irks people because some people define science broadly, but I like to think of myself as a gadget builder. I am not necessarily trying to go after and understand hypothesis-driven stuff about the way the universe works. We work very closely with people that are scientists, but you wouldn’t want to be in my group if you wanted to do science.

M: It does for me. But I think at best science fiction provides the wonder. Wonder is the thing I think you risk to lose the most as you grow up. I think sci-fi takes things that are very difficult, technically, to accomplish—they are very difficult to comprehend—and a good sci-fi imbues it with that sense of wonder. And I think what that does is you recharge when you read them. The real world kills your wonder, right, because your experiments aren’t working, and you wanted to get that paper in Nature, whatever. All of those practical things can just sort of crush you, you know? And you read [science fiction] and you are there again. You’re there, “that would be so cool [banging on table].” For me, I think that’s the best use of it.

S: I was thinking that in a way, your neural dust paper is kind of like science fiction.

M: Sure, sure, but it doesn’t have characters.

M: Maybe! That would be fun. 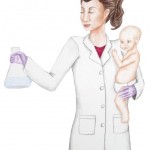 Do Babies Matter? Gender and Family in the Ivory Tower Previous
Staff Listing - Spring 2014 Next