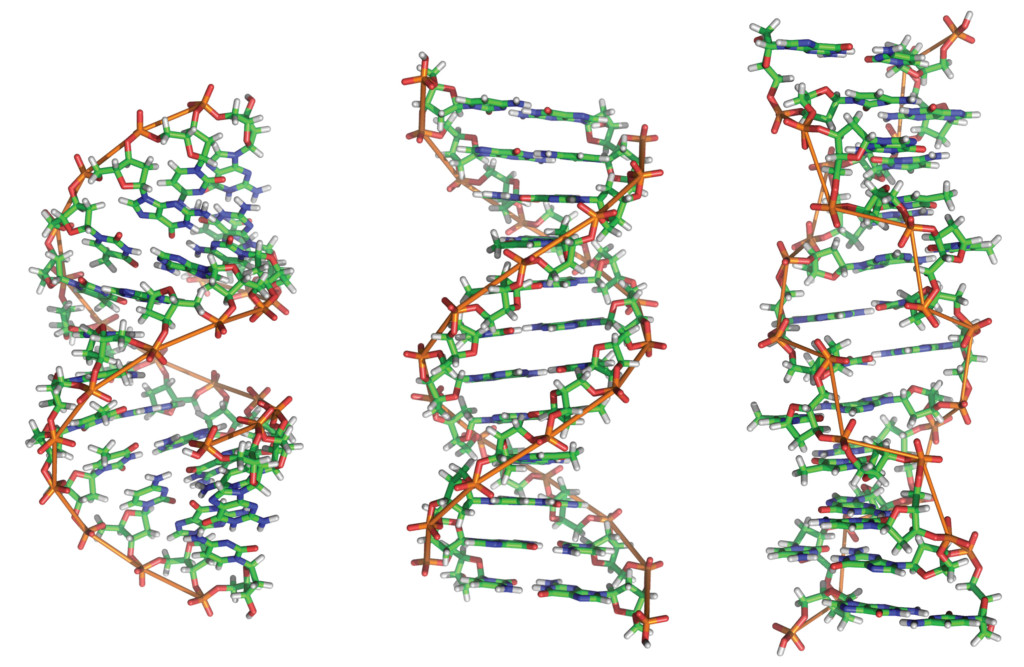 Professor Ignacio Tinoco Jr. has been a pioneer in many fields, but he is most known for his invaluable contribution to the study of RNA folding. He was an undergraduate at the University of New Mexico, a graduate student at the University of Wisconsin, and a postdoc at Yale. He then came to UC Berkeley, where he has been an active faculty member in the chemistry department for 59 years.

Here, he walks us through chapters of his academic and personal lives, sharing anecdotes along the way that include characters ranging from Richard Feynman to Pancho Villa.

PR: How did you become interested on pursuing a career in science?

IT: I got interested in chemistry when I was 12. In El Paso, Texas, which was a mining town, you could go to the store and buy dangerous chemicals. There were no restrictions, and I could get any chemical I wanted. With these I set up a chemistry lab in my backyard and came up with experiments out of chemistry books. Of course, I liked making explosions. From that moment, I knew I was going to become a chemist.

PR: Where did you go to study chemistry?

IT: I received a bachelor’s degree in chemistry from the University of New Mexico in 1951. During these years, the Korean War was taking place, and many of my classmates were being drafted. To go down in the draft list I did two things: I got married, and I started graduate school immediately. My chemistry professor had earned his PhD in Wisconsin, so he helped me get into their graduate program.

PR: When you graduated, what were the options for someone holding a PhD in physical chemistry? IT: There were options in industry and academia, similar to what they are now. My wife was pregnant by then, and I wanted to get a job before the baby was born. I was interviewed by Procter & Gamble but then decided to continue an academic career. I became a postdoc at Yale. My father—who had left Mexico escaping from Pancho Villa—used to mispronounce “Yale” and instead told his friends that his son was working in “jail,” to which his friends replied, “Too bad, when does he get out?”

PR: Where did you go for your postdoc?

IT: John Kirkwood accepted me as a postdoc in his lab in Yale in 1954. I continued my graduate work on the clotting mechanism of fibrinogen, a protein involved in formation of blood clots. In Wisconsin I had observed that when you orient fibrinogen molecules with an electric field, their optical activity [rotational direction of polarized light, i.e. clockwise or anticlockwise] changes. This led me to think that in a helical structure—like a helical protein or a helical double-stranded DNA molecule—light would behave differently if it propagated along the helix versus perpendicular to it. The theory had not been worked out, so I decided to do it. In the end I published the theory, and Kirkwood insisted he should not appear on the papers because he wasn’t who started the project, although he probably could have done it ten times faster than me.

PR: Until then you had been an experimentalist. Was it challenging to work on theory for the first time?

IT: Oh yes, but it was not a matter of “challenging”; it was a matter of learning what it takes. I used to feel bad that it would take me a few weeks to read and understand a theoretical paper, but then when I wrote a theoretical paper, it took me a year to write it. So I found it reasonable that if it took me that long to write the paper, it should also take someone a long time to understand it.

PR: After the postdoc, how did you end up in Berkeley?

IT: I only got one interview, at the University of Kansas, but they did not offer me the job. Then, New Mexico said it would be happy to take me back. But then, the chairman at Yale received a phone call from the acting chairman in Berkeley looking for a physical chemist. Berkeley had offered the position to somebody else who turned it down. Yale recommended me, and one of the faculty came to talk to me—I think just to make sure I could speak English. I got an offer from Berkeley, and took it. I was 25.

PR: Was it common to have young academics in Berkeley?

IT: Not really. However, the dean of the chemistry department told me I had to wear a tie to make a difference between the instructor and the students.

PR: How did you start working on RNA?

IT: We started working on RNA because it was easy to get from yeast. We started studying the properties of dinucleotides [the building blocks of RNA molecules], and then we started to predict the properties of long RNA from the sum of its dinucleotides. We predicted melting temperatures of double-stranded RNA from its sequence, assuming that the global properties are a sum of nearest-neighbor base pairs, which is an approximation that is still used. After this, we asked: if DNA can have A, B and Z structures, why not RNA, which is naturally in the A-form? We tried unsuccessfully to make B-RNA, but, contrary to the belief of chemists/structural biologists, we were able to obtain Z-RNA. Some people still think that Z-RNA has biological function.

PR: Until this point, all your experiments had been done using bulk studies, where you study the behavior of millions of molecules at a time. Why did you start doing single-molecule experiments, and what systems did you study?

IT: By using bulk methods, you study the behavior of the average of the population, and therefore a lot of information can be hidden or lost. This can be avoided by observing a single molecule undergoing a chemical reaction. The single-molecule experiments started when Carlos Bustamante [a pioneer in this field, who did his PhD and postdoc in my lab] returned to Berkeley as a professor and we started working together again. He had been manipulating single molecules of DNA to study the physical properties of DNA, so the next logical step was to study RNA. We first studied the unfolding of an RNA hairpin. We really didn’t learn anything new, but we showed that behavior at the single-molecule level agreed with bulk studies and that the method worked. Unfolding molecules was fun, but it was not really giving us new biological information, so we started studying translation.

PR: What did you learn from studying translation at the single-molecule level?

IT: Due to the random nature of kinetics, it is not possible to synchronize all the ribosomes. So we thought that the only way to really understand translation was with single molecules. We resolved individual translation events and started studying translation errors to obtain insights of how and why they occur. Understanding each step of translation is important to find better and more specific drugs and can help us understand and block the replication of viruses like HIV.

PR: What publication are you most proud of?

IT: The paper about DNA hypochromicity [i.e. the decrease in light absorbance when a strand of single-stranded DNA pairs with its complementary strand to form double-stranded DNA]. Not because it was scientifically important, but it was important for me. There was a month-long meeting at the University of Colorado, and all the senior physical chemists were discussing what caused DNA hypochromism. I was able to go home, work out the theory, and solve the problem, which made me feel good. However, Richard Feynman from Caltech found a small mistake in one term, which did not change the essence of the paper. So I wrote an erratum for the paper and proudly said this mistake was pointed out by Feynman.

PR: You have met many scientists around the world and advised many students. Based on your experience, what do you think makes a good researcher?

IT: I will say right away that it is not intelligence. I have met many intelligent people who were not good researchers. The most important thing is perseverance. I used to tell myself that I am not the smartest, but I’ll keep working on this project; it will take me a long time, but I am doing it and they are not. You should do everything it takes to solve the problem. You don’t say, “that is biophysics and I am a microbiologist, I can’t do that.” In summary: dedication, perseverance, interest. That is what makes a successful researcher.

PR: After all these years, what does Berkeley mean to you?

IT: It means a place I am familiar with, a safe place. I feel protected, I know what is going on—it feels like being in my mother’s womb. Berkeley is my favorite place in the world.

Piere Rodriguez-Aliaga is a graduate student in biophysics. 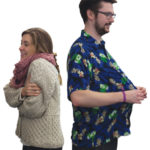 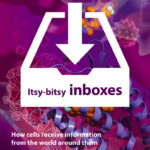