eBook of the Dead

Some 5,000 years ago, mummification was becoming the most prominent death ritual for early Egypt’s pharaohs and nobility. Bodies were embalmed, treated, wrapped, and placed in coffins before being sealed in burial chambers. It was a means for protecting the body and ensuring the spirit would live on. Death, for ancient Egyptians, was a new life.

Centuries later, dozens of those Egyptian coffins have made their way to the Phoebe A. Hearst Museum of Anthropology, located on UC Berkeley’s campus. Large and difficult to display, most of the sarcophagi will never be seen in person by the public, and their manipulation is cumbersome, even for the scholars who spend their careers studying them. But now, renewed attention on the ancient relics is bringing a more technologically advanced and digitized approach to their study. Who’s inside the coffins, though, isn’t what researchers are particularly interested in.

“Yes, there are the mummies … but the coffins themselves are inscribed with many spells and magical images—they’re what help guide the deceased through thenext world,” says Dr. Rita Lucarelli, a professor at UC Berkeley and an Egyptology curator at the Hearst Museum. “For a long time, the texts from coffins were studied separately from where they’re located on the coffin.”

To address these shortcomings, Lucarelli and a team of graduate students and other researchers around the Berkeley campus are spearheading a project they call “The Book of the Dead in 3D.” By creating virtual three-dimensional models of the coffins, the team is making the Egyptian hieroglyphical inscriptions—which were traditionally only copied down and read from different directions—more accessible for researchers to analyze the texts.

The process of digitization goes something like this: the coffin is photographed from dozens of angles and the resulting images are uploaded to a photogrammetry program, Agisoft Metashape, which generates 3D spatial data. Lucarelli and her team then annotate the virtual figures with transliterations (converting the hieroglyphs to letters and words in the English alphabet), translations, and other relevant information. When the pro

cess is complete, a user can explore every inch of the outside—and sometimes the inside—of the 3D coffin and its texts in a digital viewer online. 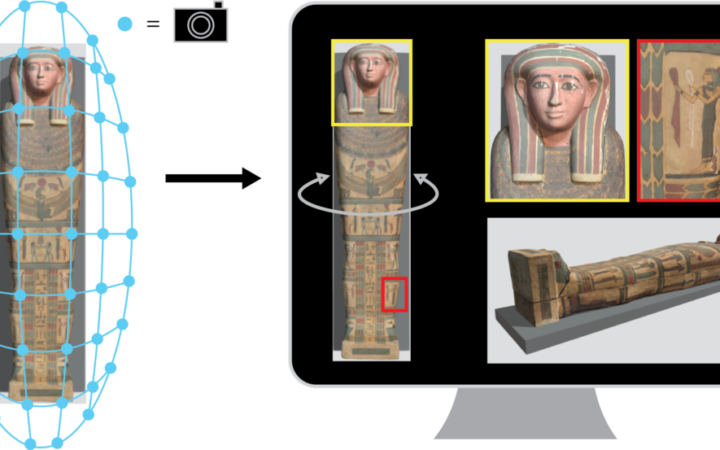 The Book of the Dead in 3D allows detailed models of coffins to be studied remotely and thoroughly. Image Design: Amanda Bischoff, coffin images: sketchfab.com/bookofthedead3D

“Having a high-resolution 3D model allows me to view the coffin from every angle, and to examine the pictures and tex

ts on every surface, even those that might be hard to view when the coffin is on display or in storage in a museum,” says Kea Johnston, a Near Eastern studies PhD candidate. Her research involves analyzing similarities in the locations and drawings of hieroglyphic writings on each coffin, which has already helped her find previously unknown connections between various sarcophagi in the Hearst Museum’s collections. “I no longer need to search through hundreds of individual photographs in search of one that captures the exact detail I want to compare.”

Digital Humanities at Berkeley, a multi-year partnership between the Dean of Arts and Humanities and various other campus partners, including Lucarelli’s team, is currently focused on building the university’s capacity for digital humanities research and teaching and connecting various campus institutions. “Learning how to employ these cutting-edge techniques to investigate subjects in the humanities in new and fascinating ways is so important. Dr. Lucarelli’s work is a great example of that,” says the office of Anthony J. Cascardi, UC Berkeley Irving and Jean Stone Dean of Arts and Humanities. “The goal we’re continually working towards is making humanities work at UC Berkeley more communicable and relevant in today’s digital world.” 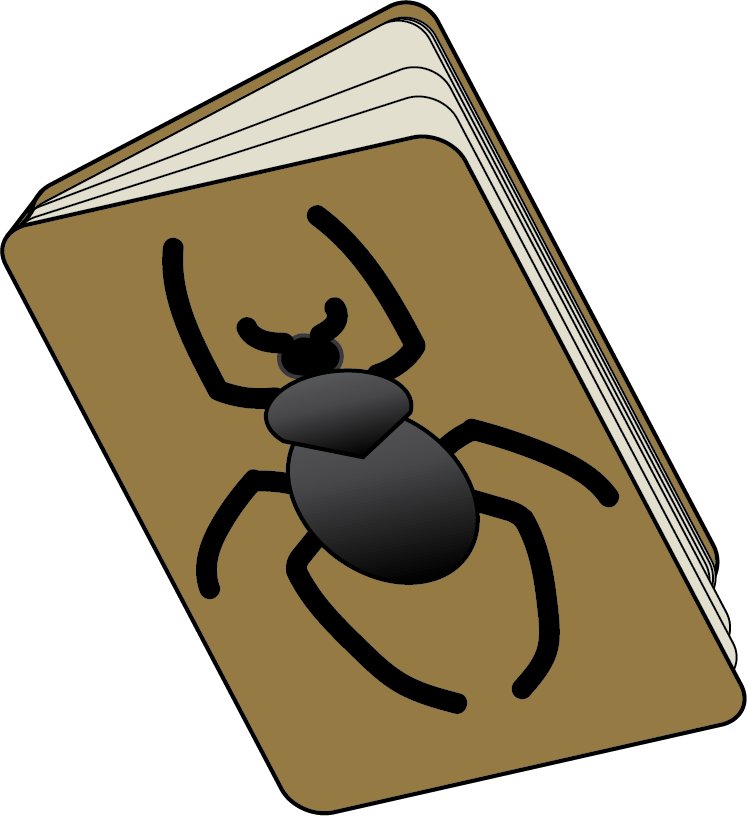 Furthering that digital effort, the “Book of the Dead” website makes available 3D models of coffins at the Hearst Museum (as well as some coffins housed at other universities and museums) to anyone, not just other researchers. Lucarelli and colleagues are also putting the final touches on an artificial reality game they hope to release later this year. Using a virtual reality headset, users are transported back in time more than 2,000 years to Saqarra to see the sarcophagus of a doctor called Psamtick. Psamtick’s tomb and spell-inscribed coffin—now located in the Hearst Museum—are recreated, in large part, with the 3D modeling technology.

“It’s very immersive … and so different from some of the traditional ways research has been published [in Egyptology],” Lucarelli said. “We’re able to bring back to life, in a way, the history and bits of the culture. It’s something we want to share with everyone.”

Correction: An earlier version of this article attributed quotes to Anthony J. Cascardi himself, rather than the Dean’s office. 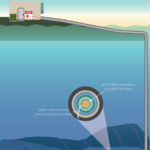