Down a dusty interstellar road

Pieces of charcoal at the heart of a bonfire can reach temperatures over 1,000 degrees Celsius. That sounds like a lot of heat, but it’s quite cool compared to the Sun, where core temperatures hit 15 million degrees Celsius. If anyone who has struggled to light a campfire is wondering how much heat was needed to ignite the Sun, it may come as a surprise to learn that the Sun, like all stars, was born in an extremely cold region of space called a molecular cloud.

Molecular clouds are enormous accumulations of dust and gas with temperatures close to absolute zero, the coldest temperature possible. These low temperatures mean molecular clouds have low internal gas pressures. Within a cloud, high-density regions are susceptible to collapse because their inward gravitational pull can overcome their weak internal pressure if something disturbs the equilibrium between the two forces. Then gravity draws the molecules and dust particles together, and pressure builds until the temperature becomes high enough to ignite a star.

Our solar system, like all planetary systems, formed during this star formation process. The gas and dust that surrounded the developing Sun flattened into a disk and began to rotate. Interactions between the Sun’s gravity, gas molecules and dust particles caused dust particles to collide and stick together, eventually becoming the building blocks for everything from planets to asteroids to comets. Of these, the small and icy comets are distinguishable by their eccentric orbits, which bring them from the solar system’s cold outer reaches to its relatively warm interior and back again. They leave trails of dust and water vapor as they near the Sun and experience temperatures high enough to vaporize ice.

Planetary scientists like Hope Ishii and John Bradley of the University of Hawai’i believe that the dust particles comets leave behind can reveal the secrets of our solar system’s formation. Comets and other small bodies that formed far away from the early Sun did not undergo the differentiation process that occurred during the high-temperature formation of large objects that were near the Sun. Therefore, the particles derived from comets are likely to have changed very little since the collapse of the pre-solar molecular cloud, meaning they can provide information about the conditions before and during the solar system’s formation.

GEMS emitted by a comet fall to Earth and are collected by high-altitude planes for analysis. Such interstellar dust is similar in composition to the molecular cloud that formed our solar system.

Some of the dust particles that comets leave behind fall to Earth. Using planes capable of sustaining high-altitude flight in the stratosphere, NASA has collected cometary dust particles and made them available to planetary scientists. Ishii and Bradley worked with a team of chemists at the Advanced Light Source and the Molecular Foundry at Lawrence Berkeley National Laboratory to characterize a specific type of grain within cometary dust called glass with embedded metals or sulfides, or GEMS. The “glass” in the name refers to silicate, which—along with metals and sulfides—was previously thought to be the only major component of GEMS. Spectroscopic analysis revealed otherwise. “We were able to make spectroscopic measurements at nanometer resolution, allowing us to distinguish tiny clusters of metallic and mineral phases from their few-nanometer rims of carbon,” says Jim Ciston of the Molecular Foundry. In addition, they found lower-density organic carbon encapsulating the grains.

High temperatures vaporize organic carbon, so its presence confirmed a cold origin for GEMS. The team concluded that GEMS formed before the pre-solar molecular cloud collapsed. After the collapse, GEMS were incorporated into the dust particles that collided and stuck together to form the various objects found in the solar system. Representatives of these grains are still available to us today because the low temperatures and pressures that accompanied the formation of comets allowed GEMS to survive the process with minimal alterations. The surviving GEMS can reveal what types of rock-forming elements and organic carbon were available throughout the solar system during its early stages, a time period that is still not well-understood. Ishii, Bradley, and the rest of their team hope that their study motivates new analyses and models of the development of the solar system as a whole and the Earth in particular. Analyses of early organic carbon, the basis for DNA and proteins, may even yield new insights into the origin of life.

Andrew Saintsing is a graduate student in integrative biology. 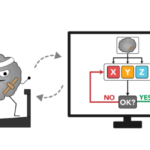 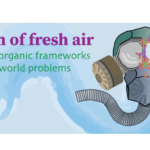