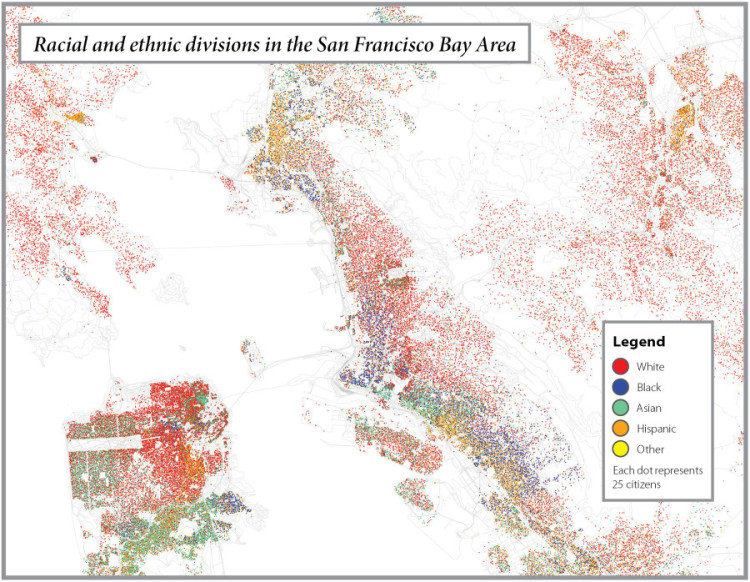 Income inequality in the United States has soared to a record level, the highest since 1928 according to Pew Institute surveys. Eighty percent of Americans worry about rising inequality. UC Berkeley Public Health Professor Amani Nuru-Jeter recently found yet another reason to worry. In 2014, Nuru-Jeter and collaborators published a study in the International Journal of Health Services showing that African American populations are especially vulnerable to higher mortality rates—relative to white populations—as a consequence of high income inequality.

While previous studies measured income inequality using a racially mixed population, their study examined the relationship between income inequality and health outcomes for whites and blacks separately. They used income and mortality data from over 100 metropolitan areas whose populations exceeded 100,000 and were greater than 10 percent black. To achieve sensitivity at different points in the income distribution, Nuru-Jeter used three separate measures of income inequality: the proportion of income held by the poorest 60 percent of the population, the Gini coefficient, which measures the difference between the real income distribution and the case in which all citizens get the same income, and the 80/20 ratio, which is the ratio of the income held by the richest 20 percent to the income held by the poorest 20 percent.

Since there are high income disparities between white and black populations, income inequality measurements within a racially mixed population will be dominated by the between-group differences. By measuring income inequality within white and black populations separately, Nuru-Jeter controlled for these between-group income interactions. Using this framework, Nuru-Jeter’s analysis showed that for each unit increase in measures of inequality, there were 400-500 fewer deaths for whites, but almost 40 more deaths among African Americans.

According to Nuru-Jeter, “Racial residential segregation completely explained the stark association between income inequality and health.” Concentrated poverty is lower among white populations, meaning that whites living in poverty reap benefits by living near higher-income whites, who have access to better neighborhood resources such as grocery stores and well-financed school systems. In contrast, black populations are subject to the negative effects of racial residential segregation, regardless of income. More concretely, black families making over $100,000 per year may live in poorer-quality neighborhoods than white families making $30,000 per year, as shown by sociologist Patrick Sharkey at New York University.

Like other issues involving racial discrimination, racial residential segregation may also impact health outcomes through status anxiety. “People are aware of the ways in which their environments differ from others,” says Nuru-Jeter, “and that’s a source of stress.”

The cause of racial residential segregation is still hotly debated. “Some people will just say that segregation was a thing of the past,” explains Nuru-Jeter, “or try to debunk our assertions by saying that [racial segregation] is by choice.” However, Nuru-Jeter cites national survey studies showing that blacks and other minorities actually prefer mixed-race communities, whereas whites prefer racially homogenous neighborhoods. Modern segregation results from decades of migration patterns and unofficial—but often government-sanctioned—economic policies. In the 1960s, as African Americans moved from the rural south into cities, white families migrated into racially homogenous suburbs. A discriminatory lending practice known as redlining often prevented blacks from making the same suburban migration. The term redlining originates from color-coded city maps that loan agencies started producing in the 1930s. Regions outlined in red—generally populated by minorities—were deemed too risky for lending. Though the 1968 Fair Housing Act forbade housing discrimination, the practice persists, as evidenced by recent investigations highlighted by This American Life and the high-profile housing discrimination case against ex-Clippers owner Donald Sterling.

San Francisco was one of the original 239 cities sanctioned for redlining, and neighborhoods like the Haight or Chinatown still reflect the legacy of historical mortgage discrimination. In 2012, the Brookings Institution reported that San Francisco and Oakland had, respectively, the second and seventh highest levels of income inequality of large American cities. Rapidly rising rent and gentrification exacerbate the displacement of low-income blacks from historically black neighborhoods.

Luckily, the Bay Area is home to many housing advocacy nonprofits, such as the San Francisco Planning and Urban Research Association (SPUR) and the East Bay Housing Organization (EBHO), which work with local government and developers to promote affordable housing. California’s Department of Fair Employment and Housing conducts fair housing investigations in response to complaints received from the public. These efforts will hopefully reduce racial residential segregation, thus reversing the effects on mortality rates that Nuru-Jeter has uncovered in her research.

In the long run, widespread awareness will be key to making sustained progress on issues with such entrenched political and social history. “In order to have real traction on this issue, it has to become a national issue,” says Nuru-Jeter. “It can’t just be something that we as minorities care about.” 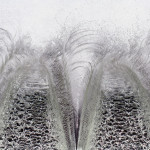 Alexandre Chorin Previous
Letter from the Editor - Spring 2015 Next