Patients record Observations of Daily Living (ODLs) and communicate them to doctors, while doctors use ODLs to improve treatment regimens through an ongoing, iterative process.

Considerable time, effort, and money have been dedicated to discovering cures for the ails of our age, from AIDS to diabetes. But not all researchers tackling these problems are trying to discover cures—instead, they aspire to design them.
Linda Neuhauser, a clinical professor at the School of Public Health at UC Berkeley, is using this new approach to develop treatments for Crohn’s disease, a painful and recurrent irritable bowel disorder. Because of the complexity of symptoms and environmental triggers, Crohn’s disease can be difficult for patients and physicians to manage effectively. Lifestyle factors are of particular importance, although these factors can be difficult to identify or change effectively. In addition, failure to understand or comply with treatment protocols—or treatments that are ineffective for a given patient—can lead to severe flare-ups.
When developing her new treatment, the first thing Neuhauser did differently from many other scientists was to stop recruiting passive research subjects. Instead, she transformed patients into active research participants. That change meant leaving behind an assumption deeply rooted in health sciences paradigms. “Participants are not only beneficiaries of the programs—they should also be co-designers of the solutions,” Neuhauser explains. She asked patients to record any feelings, thoughts, attitudes, or behaviors that correlated with their health. These records, known as Observations of Daily Living (ODLs), would help patients pick out trends in periods of health or relapse, making them more informed about—and in control of—their treatment.
Neuhauser also worked to change the emotional paradigm under which a researcher approaches a task. “How many health programs or policy makers start the development process by putting themselves in the shoes of the target beneficiaries?” Neuhauser asks. Instead of a purely intellectual attitude, which can sometimes be seen as cold and distant, she switched to an attitude of empathy with the participants.
Neuhauser then sought to develop a new style of intervention that would use simple changes to support participants’ attempts to alter their lifestyles. She relied heavily on patient input and an iterative feedback loop to refine her study as it progressed. For example, patients reported that they strongly preferred to use an iPad as a platform for their ODL input, so iPads were implemented for the remainder of the study. When patients wanted reminders to make infusion appointments, the study began sending automatic text messages to them. By making simple, informed changes, Neuhauser and her team built a tool that was as useful and patient-focused as possible.
In a 2013 paper in Patient Education and Counseling, Neuhauser detailed the project’s success with statistics and quotes from the patients. Amazingly, 76 percent of patients intended to continue using the ODL tracking system developed during the study, even after the study was completed. One particularly poignant comment from a patient described the remarkable improvement that resulted from the simple changes they made during the study: “I have been off intravenous [pain relief] drugs since we started looking at this data. I nearly died from them last year. I am now managing my pain via acupuncture, diet, and yoga, and I feel so much better than I did on the hardcore drugs.” Many of the ideas that led to improvement in managing the disease did not come from the researchers—they were participant-generated solutions.
Stefano Bertozzi, Dean of the School of Public Health at UC Berkeley, explains this new approach to problem solving though a comparison: “In public health, we are used to thinking about a rigorous evaluation of that one great idea of what we think people need, but that isn’t how the private sector builds solutions.” Instead, he says, “they start by identifying what their clients need and generate two hundred ideas, eventually ending up with three or four rigorously tested and vetted concepts.” After this process, the final few ideas have been thoroughly vetted through an iterative feedback loop. Bertozzi says he believes scientists need to adopt a similar methodology.
The specific methodology Bertozzi is referring to is termed design science, and the approach mimics an attitude common to disciplines like engineering or computer science. When scientists use this design science method, solutions are not the development of one single, brilliant idea. Instead, solutions are developed when many good ideas are actively explored, shaped, and ultimately, tested.
Neuhauser’s study on Crohn’s patients is just one example of the design science methodology being applied to the field of public health. These methods are also being used to attack other challenging issues, such as access to safe drinking water, organization of dining spaces in schools, health policies for childhood obesity, remission of diabetes, and more. These studies are beginning to show that the traditional problem solving approach is not the most efficient way to address public health problems. Instead, when patients and researchers collaborate, innovative solutions can be designed.

Victor Villalobos is a doctoral student in Public Health. He hopes we develop a cure for diabetes faster than we colonize Mars! 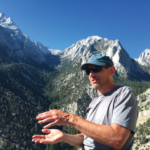 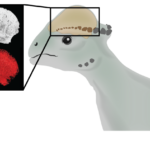