A colorful tale of adaptation

Twenty-two thousand years ago, a volcano erupted in the Mojave Desert, leaving an area of black lava rocks that today contrast starkly with the surrounding desert landscape. To survive in this new habitat, side-blotched lizards changed their coloration from brown to black, which camouflaged them from predators. As an integrative biology postdoc in Rasmus Nielsen’s lab, I investigated how these lizards shifted their coloration to provide insight into how species can adapt to new habitats.

The two lizards shown here illustrate the extreme color difference between the off-lava lizards (left) and the lizards living on the lava flow (right).

These lizards demonstrate how species can deal with the challenges of a new environment. The ability of the lizards to plastically change coloration lets them colonize a novel habitat where natural selection could then refine their coloration to even better match their environment over multiple generations. Such flexible phenotypes may be critical for surviving in new conditions long enough for the slow process of genetic adaptation via natural selection. Hopefully flexibility can help other species adapt to stressful future conditions, such as our changing environment, which will rapidly expose many species to new climate conditions.

Ammon Corl is a postdoctoral researcher in integrative biology 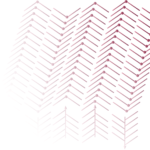