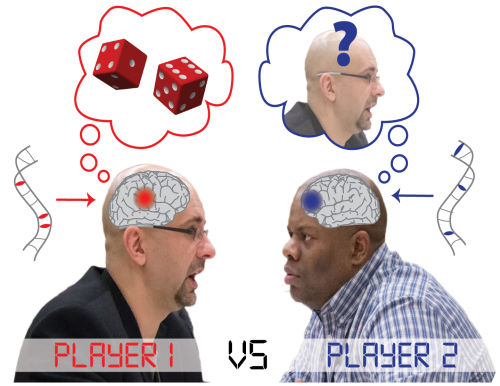 Your fingers are sweaty as you tighten your grip on the four aces in your hand. Focusing on a pair of eyes across the table, you hope that soon you will walk away 20 times richer. Over the past two hours you believe you have learned how to perfectly dissect every twitch, yawn, and bluff of your opponent. Do you go all-in?

Ming Hsu, professor in the Haas School of Business and the Helen Wills Neuroscience Institute, believes that your genes may provide an answer to this question. In an exciting international collaboration with Dr. Soo Hong Chew and Dr. Richard Ebstein from the National University of Singapore (NUS), along with other researchers from across the world, Hsu has found a link between genetics and the strategic decision-making you use in high stakes poker, investing, and even ordinary social interactions. Hsu and his colleagues examined genetic markers in over 200 students from NUS who participated in an online investment game. During this game, two players compete to win a prize by bidding with a small sum of virtual money. The player who offers the most money receives the difference between the value of the prize and their bid. This game is designed to track how each player learns from previous experiences after many rounds of play. To study these aspects of cognition, Hsu turned to genetics. Hsu’s group noticed that in some cases these two regions utilize different genes to control levels of dopamine, a chemical that acts as the brain’s reward signal. Your brain produces dopamine when, for example, you set foot on the summit of Everest or snack on a freshly baked cupcake. By narrowing his focus to the genes linked with dopamine, Hsu attempted to connect genes to complex cognitive processes. Hsu and his lab targeted a collection of genes that are involved in the dopamine pathway, including the transport of this chemical between cells and its subsequent breakdown. Some of these genes are expressed only in the striatum, while others are only active in the prefrontal cortex.

Hsu studied polymorphisms—common variations among genes—in order to connect students’ DNA to their investment decisions. Polymorphisms in three dopamine pathway genes expressed in the prefrontal cortex tended to impair belief learning, inhibiting a player’s ability to effectively observe and learn their opponent’s investment strategy. Polymorphisms in two genes affecting dopamine in the striatum, on the other hand, were associated with differences in reinforcement learning. From identifying single polymorphisms in the vast human genome to dissecting complex human social behavior, this study demonstrates that genetics has the potential to explain some long-standing questions in sociology.

Will the job application of the future require your DNA sequence? Not just yet, according to Hsu. In fact, these findings may best be used to treat poorly understood social disorders. “Dysfunctions in social behavior are of particular interest for our lab because they have been very challenging for previous methods to capture,” says Hsu. For example, genetic variations associated with belief learning could help explain why a child has difficulty adjusting to school and connecting with other students. Hsu is currently collaborating to design novel drugs that target dopamine pathway genes and potentially reverse the effects of undesirable polymorphisms. “If we can understand the intermediate neural mechanisms between genes and behavior,” says Hsu, “it opens up a lot of interesting avenues of research.” How much do genes impact social behavior? To what extent do genes predict future decisions?

Lives are a culmination of decisions, each with ramifications that ripple and affect future decisions. They make us unique and even define us. The same can be said for our own genome. In recent and ongoing work, Hsu and colleagues have found a way to connect the two. What will be the next move for Hsu? Perhaps the answer lies in his genes. 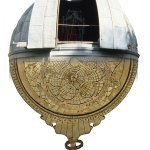 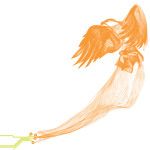