Breathing life into the Delta

Several centuries ago, California’s Sacramento-San Joaquin Delta was covered in a thick layer of peat: dark, pungent, carbon-rich soil—the product of thousands of years of decomposing plant matter.  Once a web of tributaries feeding a vast freshwater marsh, the Delta has since been drained and cultivated, resulting in a loss of up to eight meters of soil.  Dennis Baldocchi, lead scientist from the Berkeley Biometeorology Lab, scans the sunken patchwork of agricultural paddocks from the levee above. “This is clearly not sustainable,” he remarks. To counteract the sinking land surface, there is widespread interest in restoring the agricultural lands to wetlands, storing carbon in the soils of the Delta along the way.

Today, that sunken agricultural paddock is flooded and sprouting emergent green wetland plants that bow in the strong Delta breeze.  Baldocchi’s group is measuring the continuous “breathing” of the biosphere at these young wetlands using a network of tower-mounted gas analyzers. The measurements reveal the daily and seasonal patterns of the wetland’s inhalation and exhalation of greenhouse gases. The researchers want to understand if wetland restoration can re-build the Delta’s lost organic soils, putting more carbon back into the ecosystem through plant photosynthesis than is removed through ecosystem respiration. As Baldocchi reminds us, however, there is “no free lunch.” Methane, a potent greenhouse gas, is produced by the microbial activity in the flooded soils, potentially counteracting the benefit of carbon sequestration. As sea levels rise, and the Delta keeps sinking, these restored wetlands will in part determine the future of California’s climate and water issues.

Mayberry Farms restored wetland, on Sherman Island in the Sacramento-San Joaquin Delta. Before 2010, when restoration began, this was a grazed pasture. Credit: Kyle S. Hemes

Kyle is a PhD student studying how land use change impacts climate in the Department of Environmental Science, Policy, and Management. He has spent three years living, studying, and working in southeast Asia; his time in Berkeley has eroded his spice tolerance. 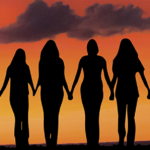 Entrepreneurship made easy Previous
From the Editor Next