Book review—Why We Sleep: Unlocking the Power of Sleep and Dreams Lying awake at three o’clock in the morning, I began silently cursing the pillow, the blankets, the streetlight filtering in through my window. I had never had trouble sleeping before, but a perfect storm of deadlines and responsibilities had made for several miserable nights in the past week.

It was around this time that I first stumbled upon Why We Sleep by UC Berkeley Professor Matthew Walker. I admit that I was primarily hoping for a quick fix for improving the quality of my sleep during stressful times. While I did learn a number of useful tips, I also received a host of terrifying statistics, anecdotes, and well-researched studies on the effects of sleep deprivation.

Why We Sleep undertakes an enormous task. Most people know that more exercise and a better diet are two of the easiest ways to improve one’s health. However, Walker argues that sleep is the third pillar of health—or even that the other two pillars actually rest on a foundation of a good night’s sleep. Walker sets out to convince the reader that a lack of sleep in this country causes, correlates with, or exacerbates nearly every disease and leads to enormous social and economic costs. At times, Walker’s tone borders on alarmist, yet he keeps the reader engaged with a self-aware tone and frequent breaks into lighthearted banter. Why We Sleep is also extensively referenced with numerous studies to support Walker’s points. By the end of the book, I found myself convinced by his argument.

Walker explains that lack of sleep can impact an impressive number of diseases, including Alzheimer’s, cancer, and cardiovascular disease. Sleep deprivation can also affect memory, learning, fertility, obesity, the immune system, and overall lifespan. In one passage, Walker compares the impairment of not sleeping for a night with the impairment of being drunk to the legal limit—a comparison supported by many convincing studies. In particular, Walker writes about a phenomenon called microsleep, where a person becomes unresponsive for only a second or two, which is long enough to cause serious damage while driving. After missing a night of sleep, the incidence of microsleeps increased over 400 percent compared to a group that slept eight hours. More concerningly, the same study found that participants who slept six hours per night for ten days also experienced a 400 percent increase in microsleeps. These results have remarkable health and safety implications for the many people who do not sleep the recommended seven to nine hours per night. Participants with and without sleep deprivation indicated when a light flashed. Sleeplessness caused participants to miss flashing lights altogether due to a phenomena called microsleep. Credit: Emily Hartman

In addition to discussions about the effects of unhealthy sleeping habits, Walker provides fascinating insight into the evolutionary benefits and origins of sleep. For example, it is well-documented that teenagers’ body clocks naturally shift to be later than adults’. Walker proposes that this mechanism could have provided teenagers with time away from a watchful parental eye, facilitating the leap to independence. Similarly, a group of early humans that contained a mixture of early- and late-risers likely were far better protected from night predators and other nighttime dangers, since there were only a few hours when every person was asleep. Walker also notes that every animal ever documented experiences some kind of sleep, underscoring its evolutionary importance.

The main drawback to Why We Sleep is how hard it is to avoid the idea of taking a nap while reading this book. That’s right, I think to myself. I am sleep deprived! I should rest, just for a minute. Thankfully, the author strongly encourages this practice in the introduction, making my nap in the middle of chapter four entirely excusable. “I will take no offense,” he says to readers who fall asleep while reading his book. “On the contrary, I would be delighted.”

Emily Hartman is a graduate student in chemistry. 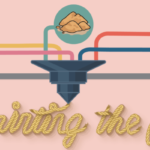 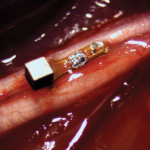 The sleep cycle: what’s really going on while you’re catching your zzz’s