When Mary Gaillard was in the first grade, she was almost cut from the school play. She had only one line, but was so shy during rehearsal that it was practically inaudible. Then, on opening night, with the bright stage lights concealing the audience, she found the courage to deliver, belting out: “Don’t fence me in!” It was the end of her acting career, but far from the last time she would dig deep to find her voice amidst hardship and self-doubt.

Professor Gaillard, a prominent particle physicist and the first woman to receive tenure from the UC Berkeley physics department, tells all this and more in her autobiography, A Singularly Unfeminine Profession: One Woman’s Journey in Physics. The book is a slim, matter-of-fact memoir dotted with charming anecdotal histories of the field and a healthy serving of impressive name-dropping.

Unfeminine Profession is most valuable, however, for its exploration of its titular issue: the alienation of and discrimination against women making physics their livelihoods in the 1960s and 70s. While Gaillard enjoyed a “generally nurturing environment” in her childhood, the remainder of her career would be plagued by everything from offhand sexist remarks (“she will make a great housewife”) to the deliberate stonewalling of her advancement through the ranks at the European Organization for Nuclear Research (CERN), where she lingered in an entry-level position for a staggering 20 years.

After quietly tolerating the doubts of her misogynist coworkers for decades, Gaillard eventually jumped ship in favor of the more hospitable climate at UC Berkeley, where her enduring legacy of high-quality research continues to speak for itself. She has gone on to serve on countless committees aimed at promoting gender diversity in the field, sometimes advising the very colleagues who dismissed her in the past.

Yet Gaillard is the first to admit how far women in science still have to go: “I have seen so many changes since I was a graduate student […] that it is hard to believe that the experiences I had still persist, but apparently they do.”  The challenges afflicting female scientists today are perhaps less glaring, but remain pernicious, and Gaillard concedes that she has “no idea how they can be controlled.”

Indeed, Gaillard identifies as a physicist first and a feminist “by necessity,” and attempts relatively few explicit recommendations for achieving gender parity. Instead, she leads by example, with her success as a trailblazer providing more implicit advice than even she herself may realize. Young women in science can find their own strength in scenes where Gaillard chose a supportive work environment over a prestigious institution, or took solace in the beauty of her natural surroundings. Unfeminine Profession is full of these little hidden fables, teaching confidence and persistence in the face of adversity.

What Unfeminine Profession fails to teach, however, is particle physics. Like many truly brilliant minds, Gaillard unfortunately possesses little intuition for what broader audiences may or may not understand about her field of study. Even my graduate education in physical chemistry could not help me during her enthusiastic explanations of our multi-dimensional universe or long-winded cataloging of the various spins, colors, and flavors (yes, flavors!) of elementary particles. Occasional illustrations from her son Bruno’s childhood sketchpad imagine the particles as jolly, rotund characters with a Smurf-like aesthetic, adding whimsy, but sadly no clarity, to the formidable blocks of jargon-laden text.

But where Gaillard falters as a tutor, she excels as a storyteller; where she fails to instruct, she nonetheless inspires—whether she is pioneering a new scientific theory or advocating more equitable treatment for women in science everywhere. In one particularly noteworthy episode, an acquaintance catches Gaillard deep in conversation with two male colleagues over the details of an abstract concept. “Did they answer your question?” her friend asks, presuming a deficit in her understanding. No, her colleague quickly replies: “she answered ours.” 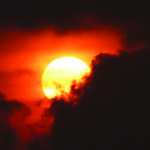 Simulating Volcanic Catastrophes Previous
Change We Must Believe In Next 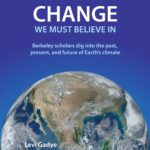