Book Review — The Power Paradox: How We Gain and Lose Influence

You’re standing on a street corner, about to step off the curb, when a car cuts you off. You stumble backwards, maybe cursing a little. Did you notice the make and model? Would you believe it was an expensive one? Studies say it probably was.

This may not surprise you at first—“absolute power corrupts absolutely,” after all. However, studies have also found that college cliques are typically ruled by the kindest, most enthusiastic students. So, which is it? Are the most powerful among us the most belligerent, or the most benevolent? Are the rich more likely to be greedy, or generous?

As you might imagine, the truth lies somewhere in the middle. You’ll find plenty of arguments for both sides in The Power Paradox: How we gain and lose influence, the latest book from Dacher Keltner, UC Berkeley professor of psychology. While many have philosophized on the relationship between power and virtue, Keltner attempts to bring the issue out of rhetorical speculation and into the laboratory. The result is a whopping 20 “principles of power,” although Keltner’s main argument can be summarized with just two: “groups reward those who advance the greater good with status and esteem” and “power leads to empathy deficits and diminished moral sentiments.”

In other words, noble attributes like empathy and generosity help us ascend to positions of power, but these virtues tend to fade away once we reach a state of prominence. In a time when the morality of our elected leaders is so frequently called into question, it’s a truly compelling thesis. Unfortunately, Keltner only manages to defend half of it.

At his most persuasive, Keltner describes a series of experiments in which he asked test subjects to remember a past experience when they felt empowered or belittled. They then tried to match facial expressions to a list of emotions or listen actively to a story, both common measures of empathy. Regardless of their real-life power ranking, the momentarily-empowered volunteers consistently scored lower on these two empathy tasks! But when he tries to demonstrate the reverse—that increased empathy can lead to increased power—Keltner falters. He falls back on a series of non-sequiturs, tied together by an overly general definition of “power” that mixes social status and economic class in with acquired skills like being good at basketball. If his claims approach truth, it is via a highly suspect route.

We are then left wondering: are we doomed to fulfill this destiny of corruption? Or, armed with the knowledge of our selfish tendencies, can we somehow sidestep them? The Power Paradox appropriately culminates in an epilogue on the “fivefold path to power,” Keltner’s strategy for holding positions of authority while still preserving your moral virtues. But the recommendations themselves—be aware of feelings of power, practice humility, give to others, practice respect, and change the psychological context of powerlessness—are little more than hollow tautology: to avoid the power paradox, avoid the power paradox. These half-baked suggestions are the last in a series of overreaches and oversimplifications found throughout the book, riddling otherwise sound science with grandiose statements notably lacking in citations.

The Power Paradox is best regarded not as a triumphant opus, but as a foundational work that inspires us to ask for more. We need research that answers the lingering questions. Are all of our leaders doomed to repeat this troubling cycle of virtues found, power won, and virtues lost? Are there any remarkable individuals who seem able to buck Keltner’s trends? What lessons can be learned from their stories? How can we redesign our formal power structures to help our leaders avoid corruption? For better or worse, modern society will always contain hierarchies of power; it will take substantial, evidence-based change to ensure we steer clear of the pitfalls that come with them.

Alexis Shusterman is a graduate student in the chemistry department, where she studies low-cost monitoring strategies for urban greenhouse gases. 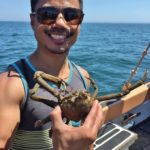 From The Field - Biology Summer Camp Previous
Intelligent Machines Next