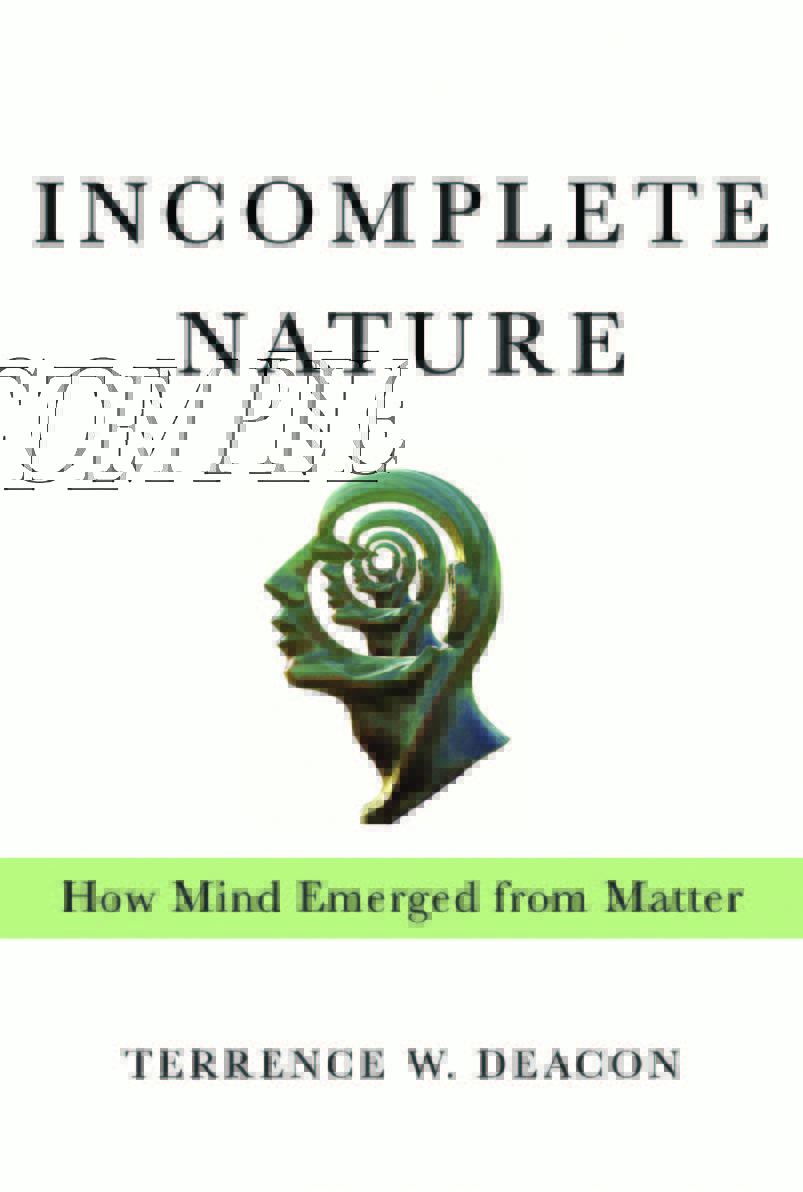 Incomplete Nature: How Mind Emerged from Matter
Terrence W. Deacon, W.W. Norton & Company, 624 pages, $29.95
When I first read “The Selfish Gene,” Richard Dawkins’s classic work on reducing living phenomena to “selfish” interactions between specialized molecules, I felt betrayed. I asked my high school teacher, how can this be it? How can we take Brahms and marriage and recessions and reduce them to chemistry? How can my fierce thoughts be nothing more than a byproduct of physics? To me, a nanoscale view of the mind—which Francis Crick called “no more than the behavior of a vast assembly of nerve cells and their associated molecules”—lacked something essential. Instead, I agreed with Charles Darwin when he said that the potential reductionism of his own theory “is always painful to me. I am bewildered.”

I’m not the only person who wants to give scientific reductionists like Richard Dawkins and Francis Crick their comeuppance. UC Berkeley anthropology professor Terrence W. Deacon, in his new book “Incomplete Nature,” writes that physics and chemistry are “devoid of function, meaning, and value.” In contrast, “something quite different happens with organisms and brains than with erupting volcanoes, turbulent rivers, or exploding stars.” What happens differently? And how do we, scientists of all stripes, incorporate emergent phenomena of life and the mind into our scientific laws and theories without forsaking our knowledge of the physical world?

Deacon bravely essays answers to these questions. His attempt gathers up Aristotle, Jerry Fodor, Charles Darwin, Lionel Turing, and Albert Einstein (among many others) in a swirl of philosophy, anthropology, history of science, geology, genetics, computer science, and more. Deacon shows why reductionism doesn’t always work. His main argument is that many phenomena with no clear physical explanation, like values and purposes, can still have causal influence in the world. “To navigate in a world without value is to be without rudder or destination,” he says, “and yet without science, we navigate blind.”

His solution, a reframing of thermodynamics to account for emergent phenomena, takes time to wade through. Deacon makes up a lot of words—ententional, absential, teleogen—and his inclusion of ideas from widely varying fields means that there is a lot of jargon. This isn’t to say that “Incomplete Nature” is meant only for experts. Deacon gives myriad easy to understand examples, helpful figures, and a glossary. His explanations of how snowflakes are made, the relevance of Conway’s Game of Life to thermodynamics, and contemporary science’s relationship to Aristotelian cosmology are delightful. But “Incomplete Nature” is a tome and Deacon’s argument is complex. In truth, the book’s complexity is satisfying. Deacon calls up facts, logic, and ideas from thinkers throughout the history of Western scientific thought who spent their lives mitigating the separation between mind and matter. His thoughts about thermodynamics are synthesized from the ideas of several 20th-century physicists. Sitting comfortably on the shoulders of giants, Deacon is convincing.

The mark of a good book is, perhaps, whether it changes one’s mind. Indeed, Deacon might point out that a book changing someone’s mind is an example of how information that is not contained within the physical nature of an object (a book) could change how a human being behaves. I’m beginning to hear the assumptions in how people talk about neurons and reframe my scientific questions: what is information processing to a bunch of molecules? Is the information really being processed physically in the world? What are the constraints on neurons, and how does consciousness emerge from these constraints? 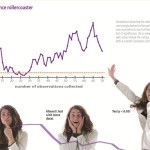 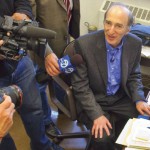