Book Review – Algorithms to Live By Cover of “Algorithms to Live By” Credit: Henry Holt and Company

Your friends wonder where you’ve been and your list of chores is staggering, but all you can do is click “refresh” on Craigslist. One apartment is next to the train with a huge price tag; the next, affordable but adjacent to the highway. The time to make the perfect choice is fleeting, but surely you can find better. You keep searching.

Hot on the trail of Bay Area housing, you might not slow down enough to pick up the book Algorithms to Live By. But within its pages lies the answer to this troubling problem: 37 percent.

Much more useful than it sounds, this number is the output of an algorithm. Whether it’s an apartment, a parking space, or a spouse, the right moment to stop searching and start choosing falls under the umbrella of problems called “optimal stopping.” The general solution to optimal stopping problems reveals that you should spend 37 percent of your time gaining an impression of what’s out there and the rest of the time selecting anything better than the average of what you observed thus far. Need an apartment in three weeks? Simply take one week to observe and two weeks to pounce on the next best thing.

So claims Algorithms to Live By, a book coauthored by UC Berkeley Professor of Psychology and Cognitive Science Tom Griffiths and popular science writer Brian Christian. In its 368 pages, Griffiths and Christian set out to translate methods that computers use to tackle problems and apply them to our everyday troubles.

“Algorithms are much broader—and older by far—than the computer,” the authors tell us. Indeed, “an algorithm is just a finite sequence of steps used to solve a problem.” All of us use algorithms to solve math problems, but some algorithms are so ordinary that we would never suspect their true identities: a recipe for baking bread, a pattern for knitting a sweater, the precise movements needed to light a fire using flint.

Between casual prose and mercifully simple diagrams, the book reads like a coffee break conversation with a charismatic computer scientist, chock full of advice that avoids preaching and escapes dullness. Thorough descriptions of the troubles of modern times are balanced with engaging little bits of history, like Charles Darwin’s pros and cons list about whether to marry his cousin. It was pleasant and engaging enough to read cover-to-cover on an international flight.

The book proceeds from the premise that “life is full of problems, that are, quite simply, hard.” Indeed, as the true computational complexity of our daily troubles is dissected chapter by chapter, we learn that some problems have answers and others don’t. How to eat through your farm share box of vegetables with minimal waste is a scheduling problem with heaps of satisfying algorithms. But finding the optimal seating arrangement at your wedding while offending the least number of people? That might be intractable.

Beyond revealing convenient heuristics for solving some of life’s annoyances, the text is laced with a sweet optimism regarding human behavior. For Griffiths and Christian, a pile of stuff on the floor isn’t laziness, but an efficient cache of your most frequently used possessions that serves to reduce your search time. As you age, it’s not that you become complacent—you just switch from exploring to taking advantage of time with the things and friends you love.

In the end, the authors’ central thesis is that it’s best to use shortcuts to improve your probability of success and remember that “perfection is the enemy of the good.” The book’s algorithms are intended to reduce time spent puzzling, conserve energy for the things that matter, and leave us all a bit more relaxed about the things that are unsolvable for everyone, computers included. 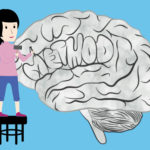 Behind the Science: Infinite Russian cats: part 1 of 3